During a visit to Toronto, artist Naufus Ramírez-Figueroa summons the greater prairie-chicken and passenger pigeon to provoke a change in mindset 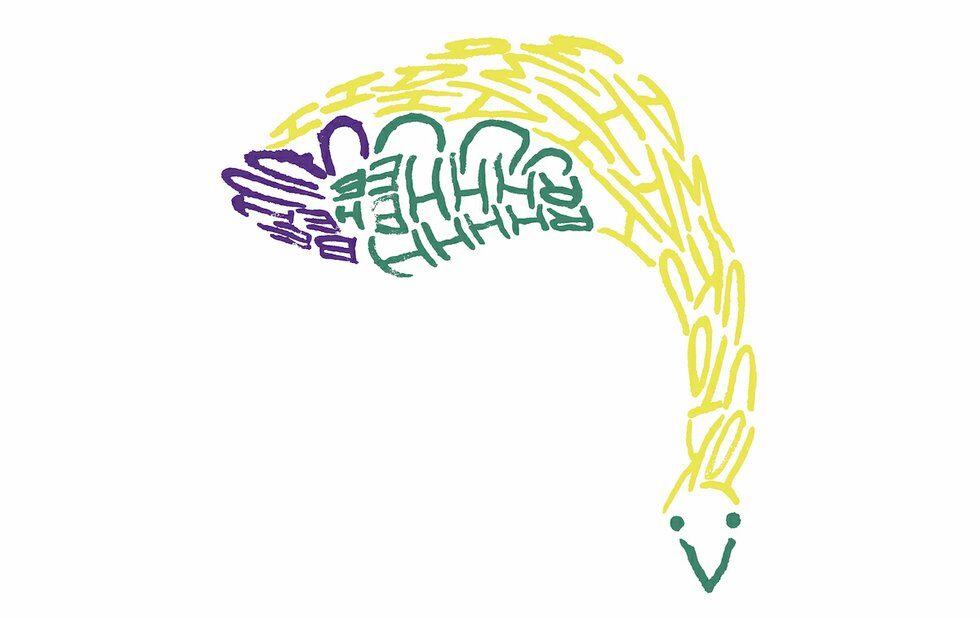 A calligraphic bird, one of five digital prints from Naufus Ramírez-Figueroa's Concrete Poem Documentation Of Bird Séances (2011 to present).

HOW TO BREATHE FOREVER at Onsite Gallery (199 Richmond West). ocadu.ca. To April 14.

Seances are boring in the way meditating is boring. You have to relax and let yourself sink into the moment. This requires letting go of things, including everyday worries and the non-stop, tyrannical pull of our electronic devices.

Guatemalan and Canadian artist Naufus Ramírez-Figueroa, visiting the city for the exhibition How To Breath Forever at OCAD’s Onsite Gallery, himself used the b-word when talking about his experience with seances.

The internationally shown and very busy artist (he will also be participating in the inaugural Toronto Biennial of Art this fall) introduced the event by talking about his own history with this type of spiritualism, which was in vogue over a century ago. In Canada, such enthusiasts famously included William Lyon Mackenzie King, prime minister for the first half of the 20th century, who used mediums to get advice from his dead mother.

The soft-spoken Ramírez-Figueroa talked about being an art student at Vancouver’s Emily Carr University and attending seances with local spiritualist practitioners. “This was a way for me to have some communion with other Latin Americans because my school was pretty white,” he says.

He did this again when going to art school in Chicago. He experiments with the form in his art practice, but gives it a different focus. At the seance he conducted on a chilly Wednesday evening in Toronto, the goal was to contact not people, but extinct species of birds from the local area.

Wearing white toques to keep out bad spirits, 18 people held hands around a large table and tried their luck at contacting the beyond. Since spirits presumably stay close to the area where they once lived, the artist researched a number of extinct birds the seance might summon. Were the greater prairie-chicken, the Eskimo curlew and passenger pigeon haunting our gathering? It’s hard to say.

The former two birds were declared extirpated (gone from the area but still living elsewhere on earth) from Ontario within the last decade or so, while the passenger pigeon was notoriously hunted to extinction over 100 years ago.

Whether their spirits visited the Onsite Gallery on this particular occasion was somewhat beside the point, as Ramírez-Figueroa made clear in conversation after the event. The product of a non-religious upbringing, the artist saw his own spiritual investigations as mostly a kind of rebellion.

Calling the seance an exercise, he said, “I don’t think I’m guiding it too much but it does become a kind of guided visualization.” He cited the tradition of hippie idealism in British Columbia, where he lived from ages 12 to 26, as influencing this part of his practice. The grandeur of the landscape in B.C. has a spiritual power, though his interest is more in how we typically fail to connect with the natural world.

“You can live close to nature and ignore it at the same time,” he noted.

While at Emily Carr, for example, he said he “lived near the ocean but never looked at it.” Seances are a form of group projection, and Ramírez-Figueroa feels that humans tend to project things onto nature instead of seeing it for what it is.

For those at the seance who had never given much thought to extinct species in Toronto, it was a chance to contemplate what gets lost in the incessant busyness of contemporary life. There is a cost to never getting bored. “This is the reality we are all facing: mass extinction,” Ramírez-Figueroa says. “And we don’t even notice.”

So maybe we do need a medium, as opposed to constant electronic communication, to get back in touch with ourselves and our urgent predicament.

Ramírez-Figueroa is also preparing to make a work about extinct species in Lithuania for an upcoming biennial in that country. He feels there is a higher level of concern around looming environmental catastrophe there than in Canada. Perhaps part of the problem is that Canadians are fooled by their own PR. He talked about the dominance of Canadian gold mining in Guatemala.

“It’s a really small country and the damage it does is substantial,” he explained.

Upwards of 75 per cent of mining companies globally are based in Canada. The industry is massively destructive, but Canadians are only minimally aware of this. We’re happy to go on seeing ourselves as the good guy. Closer to home, oil sands workers are required to sign waivers preventing them from speaking about any form of environmental destruction they witness as a result of this now largely unprofitable form of resource extraction.

There is a lesson in the fragile stirrings that occurred during the seance. In the gentlest terms, Ramírez-Figueroa’s seances with extinct species are a form of collective action. The exercise suggests we need a new form of collective belief to avert humanity’s extinction.

Instead we are participating in a mass delusion of denial.