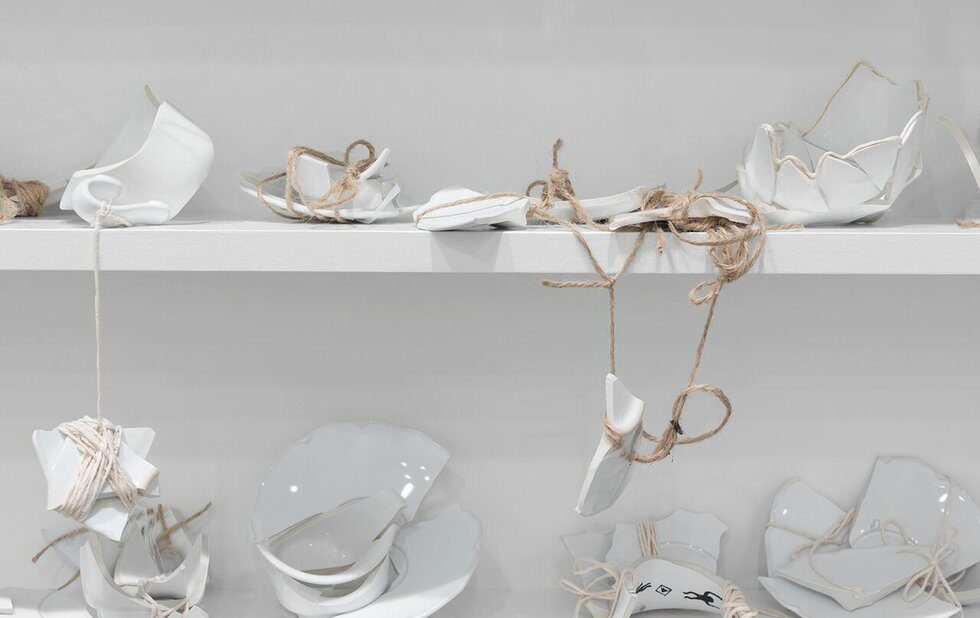 The Gardiner Museum’s Yoko Ono exhibition The Riverbed made headlines for all the wrong reasons in April when a woman made off with a rock reportedly valued at $17,500 (USD).

The stone, which was inscribed by the conceptual art icon, was part of the three-part show’s Stone Piece installation, in which water-worn rocks are arranged on the floor like a river and patrons are instructed to hold the stones “until all your anger and sadness have been let go.”

As the Gardiner prepares to close The Riverbed, the museum is allowing visitors to take home apparently less expensive pieces from the other two installations, Line Piece and Mend Piece, as part of a participatory work called Cleaning Piece For Gardiner. Ono has laid out a list of instructions in small white boxes that will be given to the first 500 visitors on  Sunday, June 3 between 12 pm and 5 pm. They will also be given colourful materials to decorate the boxes.

“Cleaning Piece For Gardiner is a communal gesture that allows this creative energy to be preserved and shared beyond the exhibition’s run,” the museum said in a statement.

Line Piece and Mend piece instructed visitors to piece together broken cups and saucers and nail string to the gallery walls.

Visitors will also be allowed to take photos inside the exhibition space for the first time since The Riverbed opened in February. Ono previously mounted the exhibition in New York City in 2015, but, perhaps sensing Torontonians’ desire to release their anger and sadness in the comfort of their own homes, this is the first time she has presented Cleaning Piece For Gardiner.

The museum will open at 10 am on June 3 and the cleaning begins at noon.