Yoko Ono has the anxiety antidote 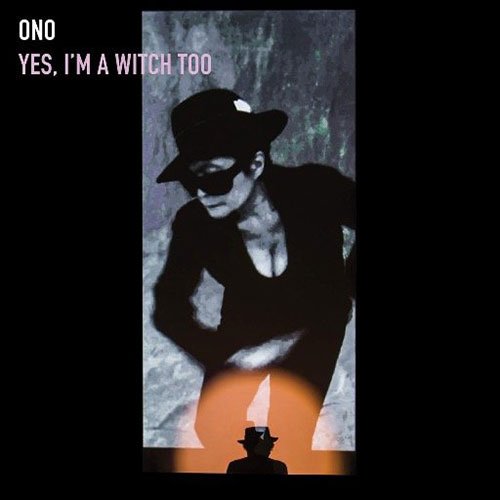 If, like me, you are anxious about the escalating chaos of Donald Trump’s presidency, racism in Canada and how we continue to fail our First Nations’ youth, or even just stressed by a hellish pile of unfinished paperwork, then Yoko Ono: The Riverbed at the Gardiner Museum may be your antidote.

But I might be biased. I am a long-time fan. I came of age in the late 70s and early 80s, at the height of anti-Yoko sentiment. Her name was a racial slur screamed at me on the street. She was the target of misogyny, racism and the fury of music fans who blamed her for breaking up the Beatles.

I wondered, who was this woman and why did everybody hate her so much? And what did she have to do with me?

These questions sparked years of exploration and study, and culminated in 2000 with my own work The Yoko Ono Project, a multimedia performance art comedy that incorporates the cerebral thought experiments she called “instruction poems,” her startling performance art pieces, music and other words and images.

Part identity play, part collage portrait of an iconic and outrageously original and courageous artist, the show challenges audiences to experience Ono’s artistic legacy as “The High Priestess of the Happening,” “Godmother of Conceptual Art,” proud Asian Female Arts Icon. She became my artistic hero. I wanted everyone to know they could not insult her without going through me.

One of Ono’s most famous pieces included in my play was a representation of Cut Piece: Ono sits on stage with a pair of scissors in front of her. One by one, audience members go up and cut a portion of her clothing (anywhere they want) and take it. It ends when all the clothing is cut.

At first, Cut Piece appears to be a metaphor for the artist’s vulnerability and sacrifice. As the performance progresses, it becomes apparent it is a purposeful meditation on the relationship between artist and audience, and the potential for violence and violation.

I myself performed Cut Piece in 2002 and was overwhelmed by the sheer will it took to withstand the audience’s journey from confusion and embarrassment, to pleasurable participation, then shock and fear. I realized this woman was utterly fearless.

But a lot of time has passed.

My interest in Cut Piece’s sexual power dynamics has receded. Now I’m preoccupied with the mundane concerns of middle-aged motherhood: never enough time, never enough energy, diminished faith in myself and in my art.

This is what was on my mind as I prepared to visit The Riverbed: a bit of grief and weariness from too many days without enough art.

The three-part installation hearkens back to Ono’s earliest impulses as a conceptual artist by gently inviting visitors to participate through deceptively simple and almost ritualistic gestures.

In Stone Piece, water-worn rocks are arranged on the floor like a relaxed river. “Choose a stone and hold it until all your anger and sadness have been let go,” she instructs. This is Ono at her neo-Buddhist conceptual art best: simple, minimal, profound.

I pick a rock that reads “heal” and settle into a chair, the stone in my lap. It’s heavy and cold and very old, as old as the earth, and as old as the anger and hurt I carry through each day. Heal. Am I healing? I’m not sure, but asking the question feels like progress.

In the next room are hammers, nails and string. “Take me to the farthest place in the universe by extending the line,” Ono writes. By inviting visitors to contribute to an ever-expanding web tenting the room, she is playing with notions of infinity and limits.

I can’t help but think of Ono’s interactive painting Hammer A Nail, from the 1966 Indica Gallery show where she first met John Lennon. She had no idea who the Beatles were and glibly refused to let him hammer a nail into the blank canvas, as the exhibit hadn’t opened yet. Pressured by the gallery owner, she said if Lennon gave her five shillings he could hammer a nail. “If I give you an imaginary five shillings, can I hammer in an imaginary nail?” he responded.

That’s how John and Yoko, the greatest romance of the 20th century, was born.

I decide to hammer another nail.

The first and only other Ono exhibit in Toronto (not counting the Live Peace Concert in 1969) occurred in 2002. Y E S Yoko Ono at the Art Gallery of Ontario was an impressive, career-spanning retrospective. It was glorious seeing the breadth of her work, but frustrating, too, as there was little opportunity to participate. Key works were presented as fixed artifacts surrounded by infuriating “Do not touch” signs. Do not touch? Isn’t this Ono?

I hammer with the vigour of a woman who has never hammered at an Ono exhibit before. This is personal.

The final section is Mend Piece. Over the years, Ono has created many variations on the theme mending or reassembling broken shards and appreciating the pieces again in the “original form.”

There is a large table with string, tape, glue, scissors and dish shards. A couple of women are gossiping and glancing at their phones, but another woman across from me looks focused. Mend. I struggle to assemble random shards, eventually gathering bits into a misshapen bundle and binding it with string.

“There’s nothing you can break that cannot be fixed or replaced,” I once told my beloved. “Except my heart.”

When I’m done, I sheepishly place my creation on a shelf alongside other mended pieces, each one startlingly unique. One is an improbable architecture of string, an ingenious mobile. Another is determined to be a dish, shiny and held together with tape. Most, like mine, are mummified oddities.

Not everyone will experience a profound thawing of the heart. But in these days of discord and rising racism, Ono’s whimsical message of self-healing is a soothing balm for the soul and an excellent reminder that we all need more art in our days. Art for peace. Art for love. Art for the resistance.

Jean Yoon is a Toronto-based actor and writer. Her performance art piece The Yoko Ono Project was first produced by Loud Mouth Asian Babes and Theatre Passe Muraille in 2000 and later published by Broken Jaw Press. You can see her on TV in the CBC comedy Kim’s Convenience.