From cult Can-Con and cosplay to the Back To The Future and 2001: A Space Odyssey reunions, these are the celebrity talks, parties and panels to hit 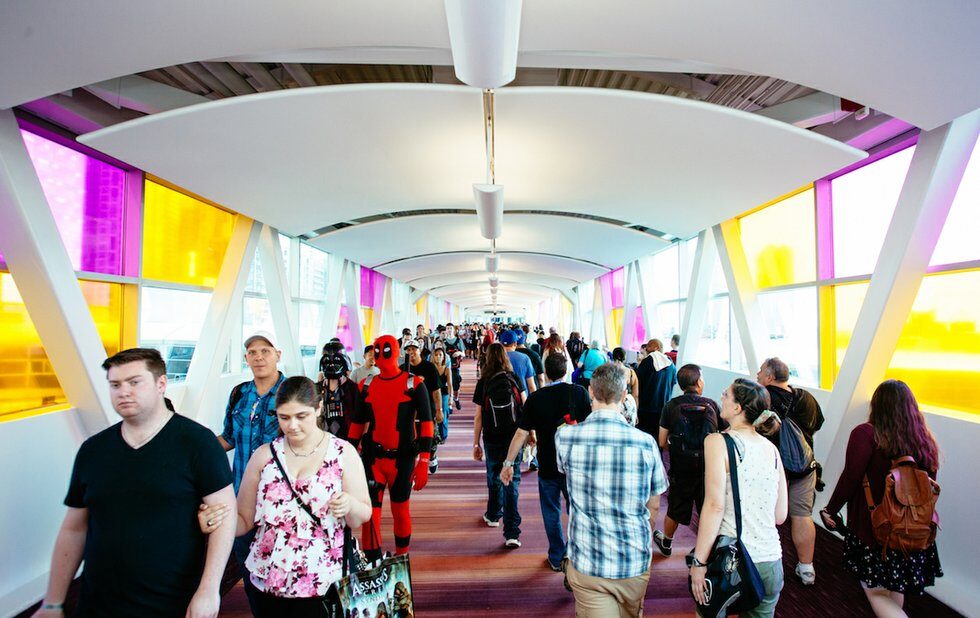 Like every other gathering of creators, artists and hardcore fans, Fan Expo is overrun with panels, signings, meet-and-greets and photo ops. It’s hard to tell what to see and what to skip, especially when that Doctor Who escape room down the way is so tantalizing. But here are 10 events that’ll probably be worth making the time to attend. (Events are at the Convention Centre unless otherwise noted.)

1. Degrassi: The Next Generation reunion

The Degrassi fan base just keeps getting bigger and bigger – so Fan Expo is staging two reunion panels featuring Stefan Brogen, Jake Epstein, Shane Kippel, Pat Mastroianni, Miriam McDonald and Cassie Steele. If you go to both, you’re sure to get the chance to ask your burning question about who was the real class clown on set.

With Stanley Kubrick’s sci-fi landmark playing just down the way at the Cinesphere, Kier Dullea and Gary Lockwood – who played astronauts David Bowman and Frank Poole – are here to walk down memory lane. Just don’t ask what the ending means.

There are plenty of cosplay meetups scheduled all throughout Fan Expo, but none is likely to be as entertaining to watch unfold as this one. And remember: there’s always a chance Will Forte is fumbling around inside one of those big T. Rex suits.

Toronto comics Andrew Iviemy and Diana McCallum welcome special guests Jason Deline (Star Trek: Discovery) and Ian MacIntyre (The Beaverton) for a live taping of their very fun podcast. No idea what they’ll be talking about, but you can bet they’ll all nerd out at some point or another.

5. An Evening With The Cast Of Back To The Future

Michael J. Fox, Christopher Lloyd, Lea Thompson and Thomas F. Wilson sit down together to talk about working on one of the most beloved movies of the 80s, and maybe about the sequels too. At $1,099 – more than twice the price of the WWE event’s top tier – the backstage pass option is the most expensive Fan Expo ticket of all. (And for that price, they’d better let you drive the DeLorean onstage.)

As anyone who’s ever interviewed him can attest, there are two William Shatners: the avuncular legend who’s enjoying his cult stardom, and the cranky guy who sometimes shows up instead. Which one will we get? Who knows? Either way, you’ll hear some good stories.

7. Twisted Toonz voice reading of Back To The Future

You only get one chance to show off your elaborate costume fabrication skills and your awesome dance moves at the same time. This is your moment. Just make sure you don’t impale anyone when you swing that exhaustively detailed, perfectly balanced Klingon bat’leth over your head. (Cosplay mandatory. No normies.)

If you’re a fan of Space’s sexy space bounty hunter show (and you should be, it’s a blast), come and sit down with creator Michelle Lovretta, showrunner Adam Barken and key cast members including Thom Allison, Kelly McCormack and Sean Baek. They’re wrapping up the fifth and final season now, so they’ll be good and punchy.