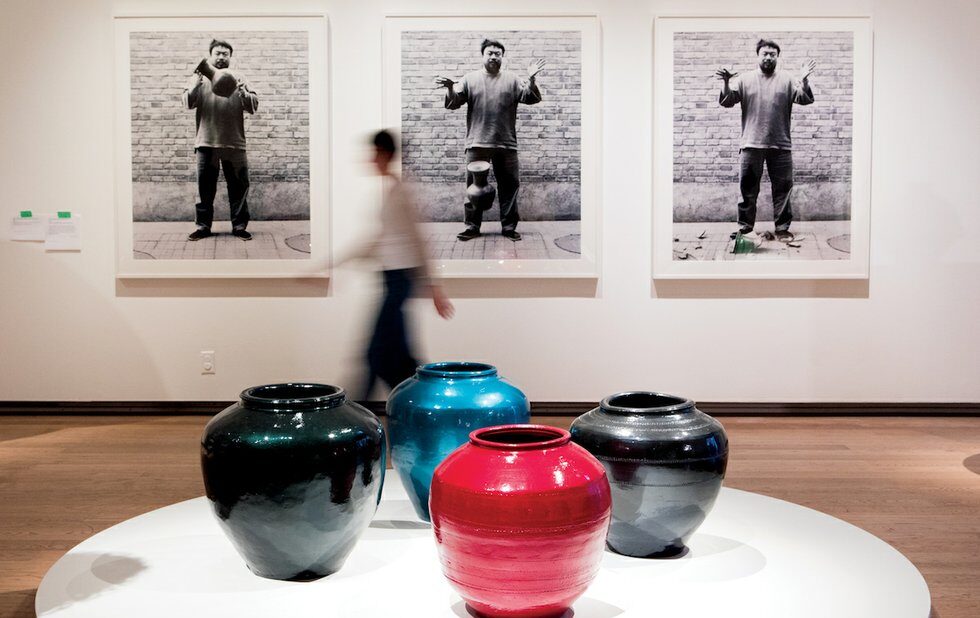 Ceramics have been an essential part of Chinese artist and activist Ai Weiwei’s practice, but never the sole focus. His first major Canadian exhibition in six years is also his first ever ceramics-focused show. It features a mix of older and new works arranged in a non-linear fashion around a pile of millions of hand-painted porcelain sunflower seeds famously exhibited at the Tate Modern in London. The show allows visitors to wander between works, including stacked blue-and-white vases with motifs chronicling the refugee crisis, 2,000-year-old Han Dynasty vases covered in car paint and a colourful Chinese zodiac made of Lego, to connect Ai’s themes of migration, traditional versus modern and individual vs. many.

Patrick Wang’s indie epic about gentrification and art kicks off What The Film Festival. Read more about this year’s lineup here.

The country’s largest vintage sale sets up at Enercare Centre.

A Conversation With Ellen DeGeneres

The comic and TV host delivers a Q&A at Scotiabank Arena.

The fifth annual outdoor art exhibition takes over the lifeguard stations in the Beaches. Check out photos of this year’s installations here.