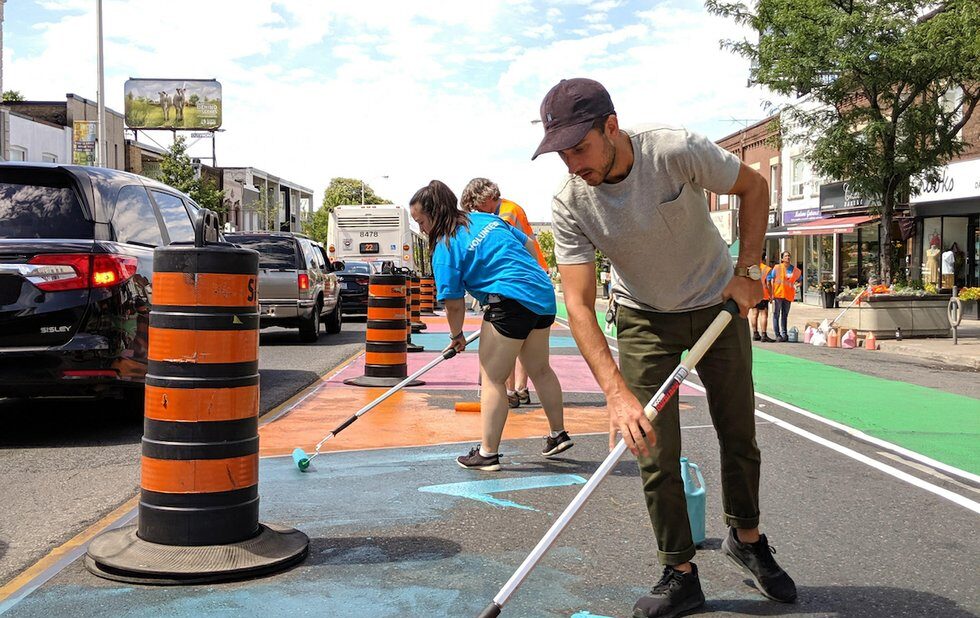 8 80 Cities transforms Danforth between Woodbine and Woodmount on Friday and Saturday as part of the city’s first Vision Zero street makeover. U.S.-based urbanists and designers the Better Block Foundation create a life-size prototype of what a safer street looks like for vulnerable road users. The project is a response to the rise in pedestrian fatalities in Toronto – 46 vulnerable road users died in 2018 – and was funded by a private donor who knows someone who was killed in an accident.

The entertainment convention turns 25 this year and features an appearance by John Travolta. We round up the best events here.

Community-based queer fest kicks off with a party at Lula Lounge. Check out our picks here.

To August 23. shadowlandtheatre.ca for details.

Join Ontario Coalition Against Poverty in demanding the expropriation of former rooming houses at Sherbourne and Dundas for rent-geared-to-income housing. The event includes a screening of short films.

Harriet filmmaker attends a screening of her feature debut.

Gattaca and The Talented Mr. Ripley cap off the outdoor screening series’ 2019 season.