The best events in Toronto on Labour Day weekend

Including Fan Expo, the Labour Day Parade, Heathers: The Musical, BuskerFest and the last Electric Island party of the season 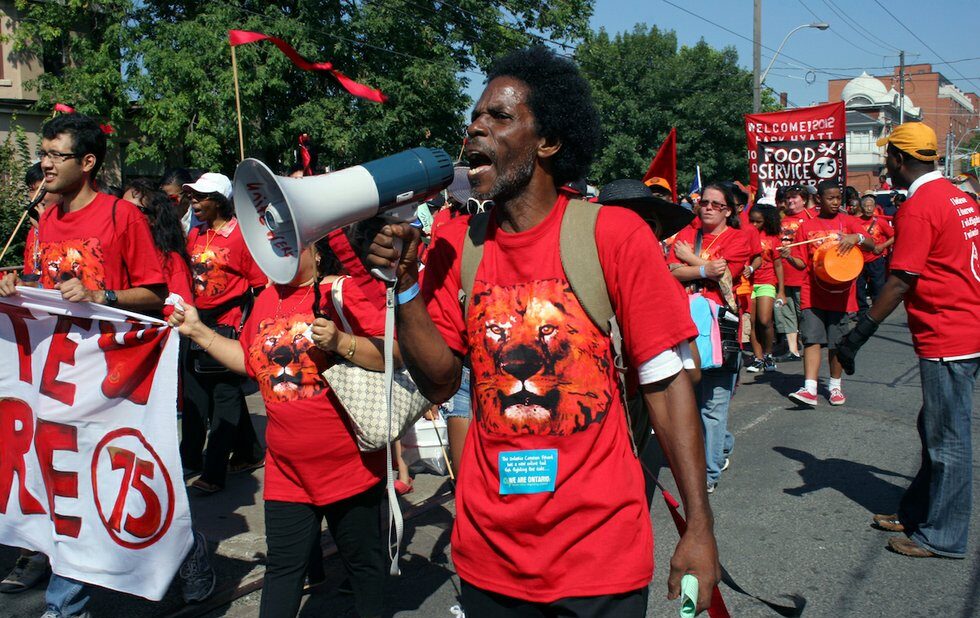 The annual Labour Day Parade, which marks the unofficial end of summer, takes on added meaning for unionists and social justice groups this year with the International Alliance of Theatrical Stage Employees (IATSE) Local 58 locked out of the CNE in a labour dispute with the board of Exhibition Place since July. As a result, the parade on Monday (September 3) will not be taking its usual route through the CNE grounds this year. Marchers will meet instead at Queen and University before making their way to Lamport Statidum. Speeches will take place at Adam Beck’s statue starting at 8:45 am. The march sets out at 9:30 am. This year’s theme is Mobilize For Justice.

Suzanne Ciani: A Life In Waves

The darkly funny musical comedy gets a concert production to benefit the Canadian Mental Health Association.

Frank Cox-O’Connell’s acclaimed, soccer-centric production of the Shakespeare tragedy wraps up its run in High Park.

September 2 to 3. Admission by donation. torontobuskerfest.com

Outdoor dance party series caps off the season with Nicole Moudaber, Lane 8, Justin Martin and others.