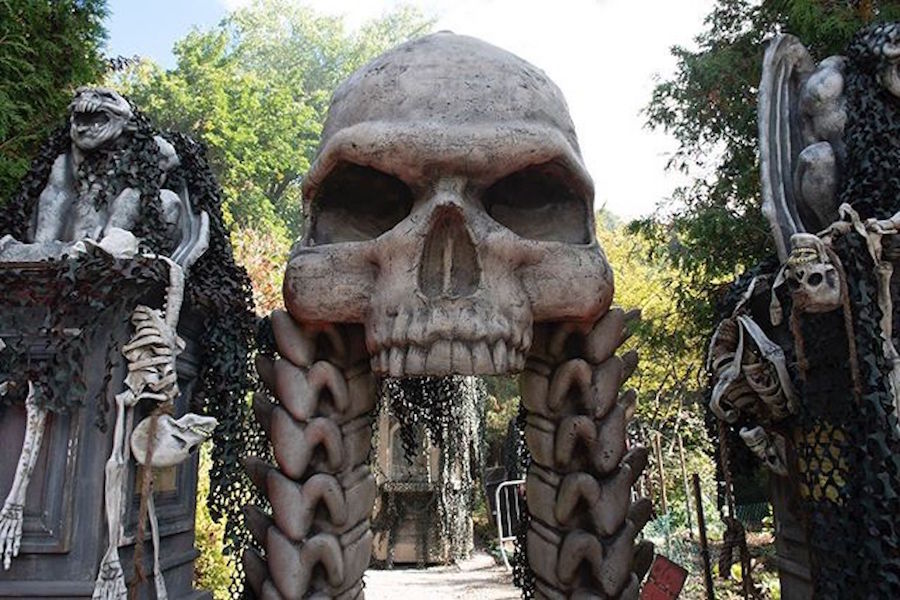 Casa Loma is offering a self-guided Halloween tour this year.

NOW editors pick the best weekend in-person, drive-in and virtual events happening in Toronto and beyond for the weekend of October 23.

The Toronto landmark is switching things up to keep Halloween alive during the pandemic. Starting this weekend, the castle is launching family-friendly self-guided tours of elaborate Halloween sets. This year it’s all about ambience – not actors in costumes jumping out at you. The tours will open during the day and are included with general admission.

A couple of weeks after their two-day virtual Just For Laughs Festival, the comedy institution presents two live comedy shows that you can enjoy in the comfort of your car. SiriusXM Top Comic winner Adam Christie hosts a show that includes Dave Merheje, Sophie Buddle and Toronto comics Arthur Simeon and Kyle Brownrigg.

The city’s biggest literary event is going virtual – and free. The fest’s 200 events will also be viewable around the globe. Events include a panel on the opioid crisis, a hip-hop and spoken word performance by Harlem’s The Last Poets and an interactive podcast on Indigenous storytelling. Other authors on the bill include Desmond Cole, Billy-Ray Belcourt, d’bi.young anitafrika, Anne Michaels, Lindwood Barclay and Khaled Hosseini. NOW’s Susan G. cole hosts a conversation with Frances Itani and Cordelia Strube on November 1.

Broken Pencil’s annual zine fest is hitting the web. This year, the event’s250-plus vendors will be spread out across “18 lands of Canzine World, including fantastical places such as Librarian’s Lagoon, Punks Path, Sci-Fi Shore, and Riot Grrrl River.” There will also be workshops, tours, readings and socials. 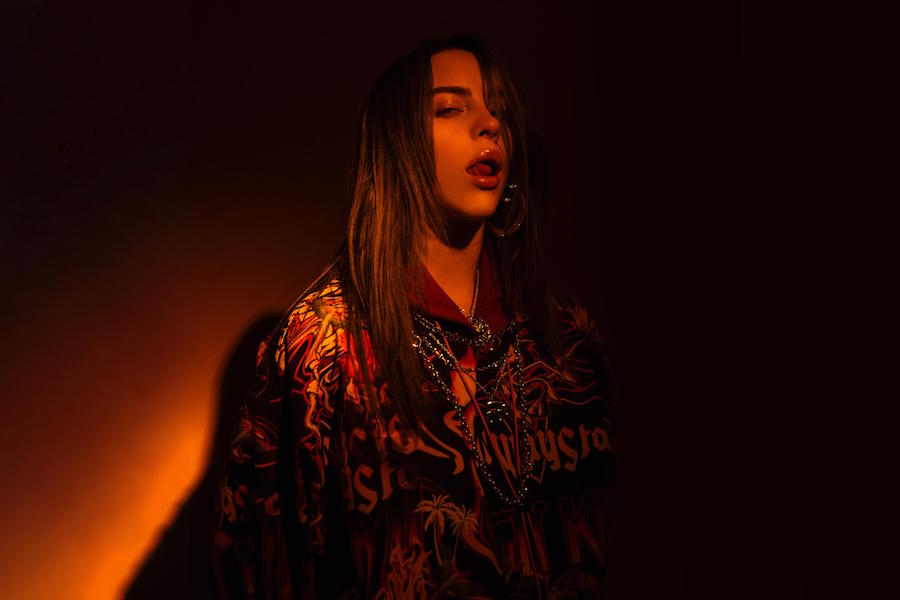 This online party/game is definitely one of the more inventive virtual events we’ve seen since the pandemic began. Billed as an “online game, a concert, an art show, a piece of theatre, and a dance party all wrapped into one,” Planet Fabulon will send audiences on nightly choose-your-own-adventure-like quests through five levels of DJs, live musical acts and other performers in sets inspired by 8-bit video games. Of course, since Halloween is coming up virtual attendees are encouraged to dress up before logging on to Zoom.

Before it (maybe) becomes condos, the upstairs music venue at Sneaky Dee’s will get a (maybe) last hurrah from local pop-punk heroes, PUP. The virtual concert performance of their new EP This Place Sucks Ass, part of a new slate of new-and-improved livestreams. Most from the comfort of your own living room.

Billie Eilish’s Where Do We Go? The Livestream

One of the world’s biggest (and most lucrative) pop stars gets in on the livestream game with her first virtual concert. Coming to you live from Los Angeles, the recent Grammy winner will perform in a reconfigured version of the set from her postponed Where Do We Go? tour. The show promises to use XR technology, which blurs physical elements with 3D-rendered environments. So we’re expecting something next-level in terms of virtual concert visuals. Ticket buyers can stream the show for 24 hours afterward on demand.

The 519 Community Centre is going virtual with its annual gala this year. Though the community and donors that surround the Church Street LGBTQ2S community centre and charity won’t be able to gather in person, going online has allowed them to put together an eye-catching roster of performers and gala guests. Catch music by k.d. lang, Patti LuPone, Buffy Sainte-Marie, Carole Pope and more, plus appearances by Jann Arden, Kim Cattrall and the biggest name of all, Elton John. Full lineup info here. 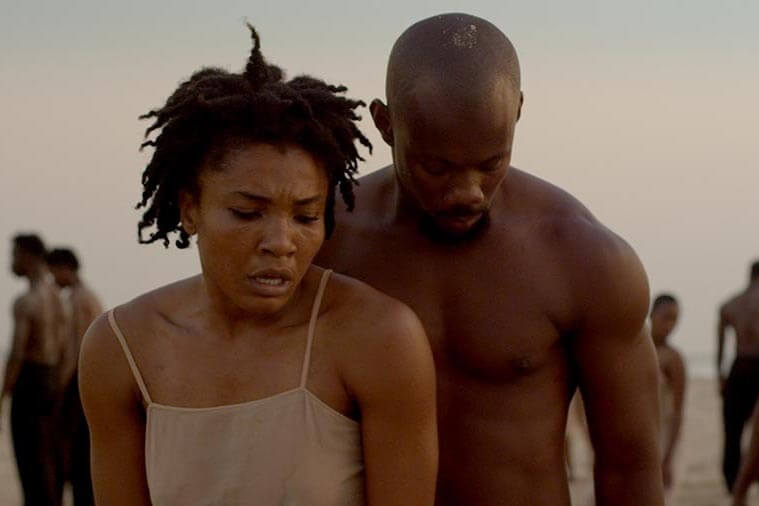 Dancing At Dusk: A Moment With Pina Bausch’s The Rite Of Spring is available to stream until October 28.

Dancing At Dusk: A Moment With Pina Bausch’s The Rite Of Spring

In mid-March in Senegal, 38 dancers from 14 African countries were wrapping up their final rehearsals of Bausch’s famous 1975 work and about to embark on a world tour. Then the globe shut down. But the troupe decided to perform the work one last time, and filmmaker Florian Heinzen-Ziob was there to capture it. Canadian Stage and Harbourfront Centre offer exclusive access to this Canadian premiere film, which will be preceded by a  pre-show documentary about Bausch’s masterpiece, and followed by interviews with two artists close to the production.

The CMTP has been the birthing place of many fine Canadian musicals, including, of course, Come From Away, the longest running Canadian musical in Broadway history. This year’s trio of shows  – Almost A Full Moon, Burden Of Proof and Living The Dream (which gets a live reading) – features some big talents behind the scenes, including Dora Award-winning playwrights Charlotte Corbeil-Coleman and Nick Green, composers Scott Christian, Anika Johnson and Barb Johnston and singer/songwriter Hawksley Workman. Plus, since the super talented Sheridan College students are in the shows, you get to see the next generation of musical theatre stars.

Angelwalk Theatre debuts its new variety talk show about musical theatre this week. Hosts Alene Degian and Danny Sylvan chat with two guests who “spill the tea” about the industry, perform and take part in fun quizzes. The lineup for the next nine weeks is a who’s who of the business, and includes Thom Allison, Steffi DiDomenicantonio, Bruce Dow, Gabi Epstein, Ali Momen, Vanessa Sears, Ryan Hinds and more. The inaugural guests are Jeff Madden (Come From ‘Away, Jersey Boys) and Elena Juatco (Les Misérables, CTV’s JANN). Each talk debuts on Tuesday and is up until the following Monday.

Saltzman, artistic director of the Harold Green Jewish Theatre, is one of the country’s finest character actors and a long list of national and international musical theatre credits. He’s a warm and funny cabaret performer, which he’ll get to show in this live night of story and song. 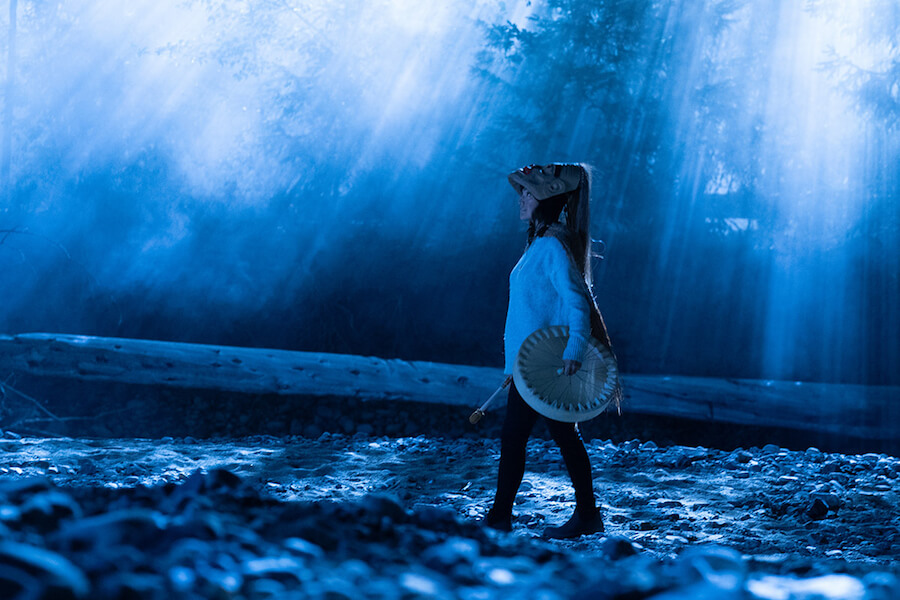 Though its fall edition was originally announced for theatres, the TJFF has reconsidered and is now setting up a second online wave. Check out an interview with Shiva Baby director Emma Seligman here and our top five festival picks here. To November 1. tjff.com

The festival’s 20th edition will offer three free online programs of shorts focusing on themes of “migration in cinema” and “Latin women in cinema,” as well as four nights of ticketed screenings at the Paradise Theatre October 28-31. To November 5. alucinefestival.com