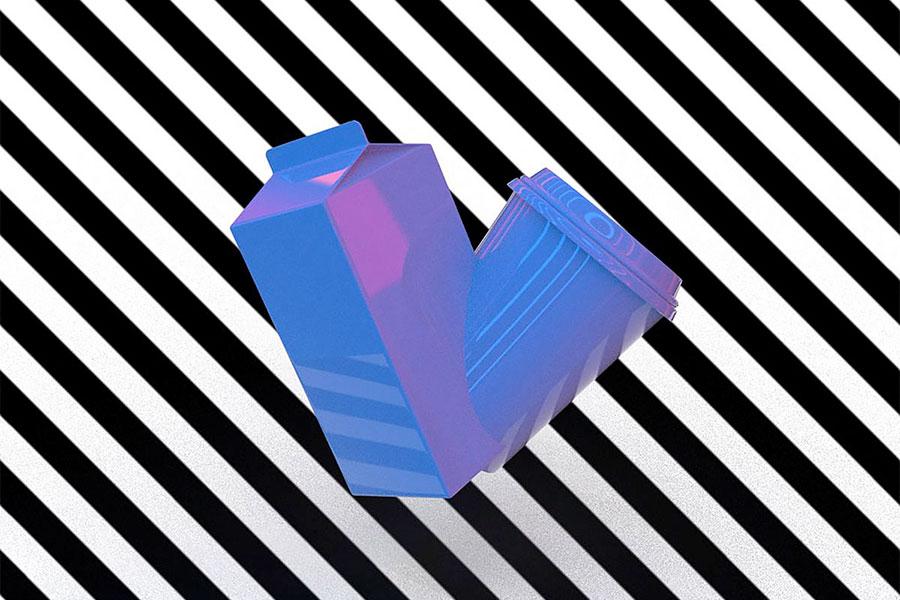 NOW critics pick the best virtual events happening in Toronto and beyond this winter.

Kicking off with an online party featuring Maylee Todd, and DJs Fly Lady Di and Sigourney Beaver, the annual design festival is going “distanced and digital.” That means there will be 30 virtual digital projects (both free and ticketed), as well as window displays around town. Panels will focus on the city of Detroit, inclusive design and whether Canada needs a national architecture policy. • January 22-31. designto.org

Hot Docs’ annual weekend of aural pleasure might be limited to streaming this year, but the 2021 edition will still endeavour to expand the experience and appreciation of audio storytelling, offering Q&As with creators and hosts from shows like Pod Save America, Radio-lab, 99% Invisible and Reply All. (We’re looking forward to Pop Chat’s Elamin Abdelmahmoud and You’re Wrong About’s Sarah Marshall discussing the rise of pop-culture nostalgia.) • January 27-29. $15, festival pass $99. hotdocscinema.ca/podcast

Patti Smith gives a keynote talk at Night of Ideas on January 28.

The France-originated all-night art event that usually takes over U of T’s Hart House is shifting online this year. Dedicated to the exchange of knowledge and ideas, Night of Ideas will run over 24 hours and examine the ways technology influences how we socialize and form solidarities. The benefit of going digital means Torontonians can watch and interact with speakers in 75 global cities, including German sociologist Hartmut Rosa and musician Patti Smith. There will also be performances, screenings, workshops and readings. • January 28-29. Free with registration. lanuitdesidees.com

Life has resembled a Greek play recently, what with plagues and attempted insurrections, so the time is right for Rick Roberts’s take on the classic story about the man who killed his mom Clytemnestra to avenge his dad Agamemnon’s murder. Roberts’s Tarragon world premiere, starring Cliff Cardinal in the title role, makes good use of internet culture. And each performance will be live-streamed, with the actors performing from their homes. Sounds epic. • February 2-14. $15-$20. tarragontheatre.com

Buddies in Bad Times Theatre’s new works festival has always been a great way to sample exciting works-in-progress and experimental fare. Realizing we’re tired of looking at screens, this year festival director Clayton Lee has decided to create performances… in a book. The tactile result isn’t a mere collection of scripts; it includes everything from a love note from the future to a colouring book section to a piece of music inspired by the turning of pages. The book comes in a limited edition of 888 copies, which will be shipped before the February 10 start of the festival. • $20. buddiesinbadtimes.com/rhubarb

Obsidian Theatre’s new artistic director Mumbi Tindyebwa Otu is starting the year off with an ambitious project: 21 short monodramas written by 21 Black playwrights, directed by 21 Black directors, and starring 21 Black performers from across Canada. Under the theme What Is The Future Of Blackness?, the plays – including works by Djanet Sears, Amanda Parris and Syrus Marcus Ware – will respond to the current moment and be streamable on CBC Gem (gem.cbc.ca). • February dates and more details TBA. 21blackfutures.com

Dope Is Death, a documentary about Tupac Shakur’s stepfather Mutulu Shakur, screens at the Toronto Black Film Festival on February 10.

The ninth edition of the TBFF is going global, making its 2021 program available to stream anywhere in the world. An all-access pass for the entire festival offers 134 titles from 25 countries, among them Youssef Delara’s opening-night drama Foster Boy and Mia Donovan’s closing-night documentary Dope Is Death. The fest also hosts its annual Black Market series of free panel discussions and a satellite festival for children on Family Day (February 15). • February 10-21. All-access pass $69. torontoblackfilm.com

Written and performed by Ellen Denny and Emilio Vieira, and directed by Mairi Babb, this 60-minute play about two mismatched millennials trying their hand at “short distance dating” was to have been performed live at the Berkeley Castle courtyard. Now they’re pivoting to a virtual version, with details to be announced. • February 14-March 7. $25. februarytheplay.com

One of the most jaw-dropping theatre experiences came a couple of years ago, when illusionist Scott Silven presented his mesmerizing At The Illusionist’s Table dinner/magic show at Luminato. I still don’t know how he did what he did, unless he knows how to plant ideas in people’s minds. His new show is being performed for small groups who will somehow be transported to Silven’s childhood home in Scotland. Will the magic seem as powerful when done online? I can’t wait to find out. • February 16-21 and March 16-28. From $45. tolive.com

The Elements Of Story: Buffy Sainte-Marie

If your New Year’s resolution is to join a book club, good news: Indigenous music icon, activist and Oscar winner Buffy Sainte-Marie is hosting a virtual one with Canadian Stage. If you’ve ever seen her live, you know the Universal Soldier singer/songwriter is as adept a storyteller as she is a multi-instrumentalist. Here’s how it works: Ticket buyers will receive a list of three books to read ahead of Sainte-Marie’s “deep dive” conversation and Q&A. We’re told one is short, one is a young adult title and the third is heftier, so reading all three in a month is doable. • February 18. $15 and up. canadianstage.com

Butter-voiced Toronto-bred singer Daniel Caesar is the latest big name to get into the virtual concert game. This gig, postponed from New Year’s Day, is sure to heat up your apartment by at least a few degrees.
• February 20. Cancelled due to COVID-19 regulations. Refunds will be given automatically

Toronto arts and music series Long Winter has a very appropriate name this year. The venue-roving series has shifted online for a series called Long Winter TV. It’s full of musical performances, digital and video art and other independent expression that carries the same spirit as the live version. The lineups aren’t announced for the February 20 and March 20 editions yet, but the first two are still up to watch on Facebook. • February 20 and March 20. Free. facebook.com/TorontoLongWinter

Since almost all live theatre has been put on hold, especially in the winter, other art forms are stepping in to make use of theatrical talent. The audio drama series PlayME, by Expect Theatre and CBC Podcasts, is in its third season – yes, it was around long before lockdown. The series turns hot Canadian plays into audio works. This season launches with Marcus Youssef and James Long’s acclaimed Winners And Losers (which dropped on January 19), and includes Amanda Parris’s Governor General’s Award-winning The Other Side Of The Game (February 24) and Jordi Mand’s provocative Between The Sheets (March 24). All three plays were hits in Toronto, so it’ll be interesting to see – or rather hear – how they work in audio. • playmepodcastcom

The world’s largest festival of Canadian cinema was supposed to mark its 20th anniversary the week the country went into lockdown last year. For 2021, the whole thing’s going virtual – and thus accessible to Toronto audiences for the first time. Passes and tickets will go on sale February 5, the same day the festival announces its full program.• February 26-March 7. kingcanfilmfest.com

Ruth Goodwin (left) and Liz Johnston’s Entrances And Exits will get you laughing on Valentine’s weekend.

Entrances And Exits – An Improvised Farce

Improvisers thrive on the unexpected. So no wonder Crow’s Theatre and the Howland Company have teamed up to create a new live-streamed version of Entrances & Exits, an improvised farce that tore up the 2018 Fringe. Liz Johnston and Ruth Goodwin’s concept involves simultaneous action in two rooms, but we’re only able to see one room at a time. The performers must come up with plausible (and usually funny) reasons for the various entrances and exits through an adjoining door. The cast includes Conor Bradbury, Paloma Nuñez, Sharjil Rasool and guests like living legend Colin Mochrie. • Dates TBC. $20-$25. howlandcompanytheatre.com