The halfcourt games, played by retired NBA players, are not broadcast in Canada, but that didn't stop nearly 10,000 fans from showing up at Scotiabank Arena 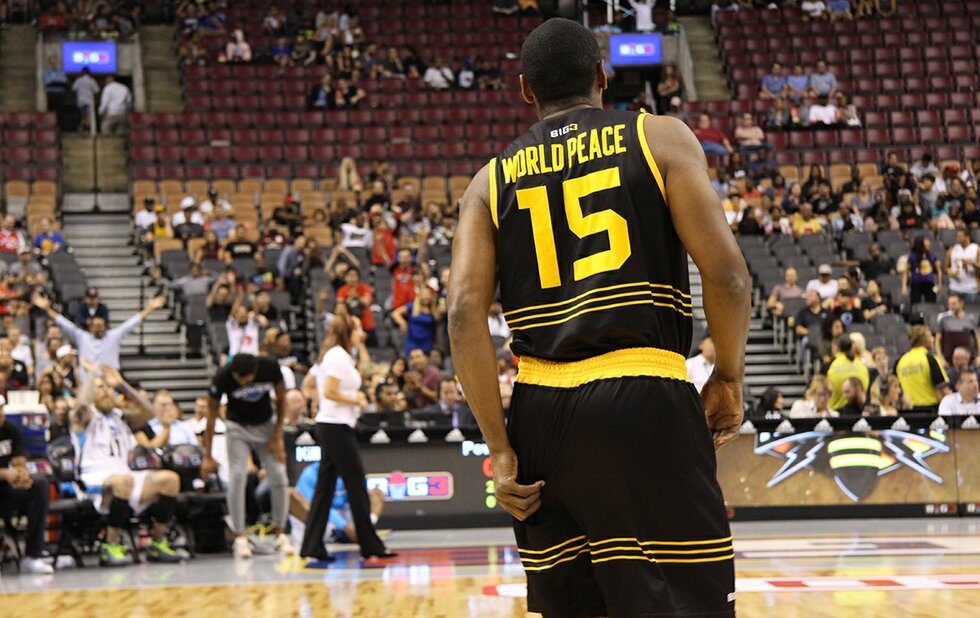 Big3 is not broadcast in Canada, but that didn’t stop the league from making its international debut in Toronto on Friday night (July 27).

That meant the first professional basketball played at Scotiabank Arena since it was renamed from Air Canada Centre – and the first since the blockbuster trade of DeMar DeRozan – was not Kawhi Leonard and the Toronto Raptors, but Ice Cube’s three-on-three basketball league with a roster made up entirely of retired NBA players like Amar’e Stoudemire, Metta World Peace, Ricky Davis and Nate Robinson playing on teams with names like 3’s Company, Killer 3s and Ghost Ballers.

Now in its second season, Big3, which the rapper/actor started with entertainment executive Jeff Kwatinetz, is the latest in a line of upstart leagues betting that fans’ love of basketball transcends their love of current NBA rosters and rules. Most in the past have offered wacky variations, like And1’s Harlem Globetrotters-esque trick dribbling and dunks, or Slam Ball’s basketball on trampolines, but Big3 is more straightforward than it might seem. Sure, it’s played on half court with playground rules (if a player gets a defensive rebound, he has to clear the ball by dribbling it out to the key before he can shoot) and there’s an NBA Jam-style four-point shot, but for the most part what the league is selling is nostalgia.

For Toronto fans, it was a much more affordable alternative to the Raptors at a time of year when the team isn’t playing anyway. And so, at a time when the team has felt more high stakes than ever (trading your most loyal franchise player for a guy who may or may not show up for you will do that), Big3 was some casual summer basketball with recognizable, fondly remembered players and an atmosphere that felt light and fun, largely free of the white-knuckle drama Toronto basketball fans have become accustomed to in the last few seasons of playoff heartbreak.

It was actually the passion and energy of the city’s fans that drew Big3 to Toronto in the first place, said Power coach Nancy Lieberman in a post-game press conference. But that kind of spirit isn’t just transferable to any basketball. The night, which consisted of four games, lasting close to four hours in total, drew a reported 9,210 fans – pretty respectable considering FS1, which shows Big3, isn’t available here, but less than half of a capacity Raptors crowd. Seeing former Raptors like Jamario Moon, Mike James, Charles Oakley (who was a coach) and Jerome “Junk Yard Dog” Williams (who does community outreach for the league) was a nice little nostalgia trip, but it wasn’t exactly playoff atmosphere. Seeing current Raptor Pascal Siakam and Raptors superfan Nav Bhatia sitting courtside underscored that. 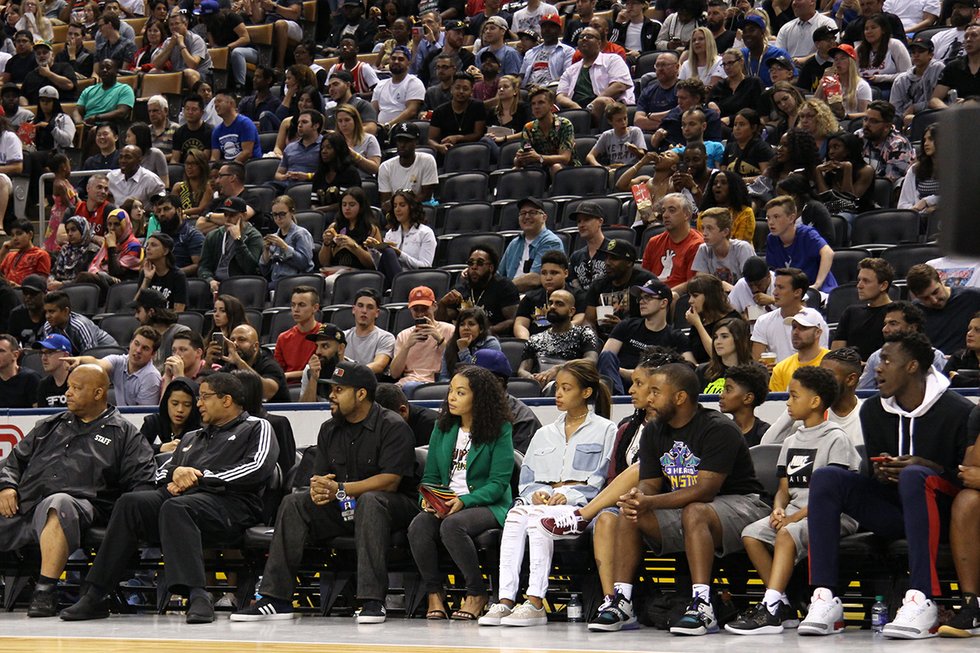 The actual gameplay was a mixed bag. Some players, long out of the league, have clearly kept up their skill. Once Vancouver Grizzlies point guard Mike Bibby has suddenly gotten super ripped, to the point of becoming a meme (some of the other guys… have trended in the other direction). Former Boston Celtic big man Glen “Big Baby” Davis has actually added to his game, sinking a few threes. Chris “Birdman” Andersen, who had one of the most bizarre NBA careers in history, threw down a winning dunk, something he couldn’t do to an unguarded net in the 2005 Slam Dunk Contest. Metta World Peace (fka Ron Artest) got a technical foul for very audibly yelling “fuck you” at a ref, then had some miscommunication with Coach Oakley, who was trying to sub him out, that made his replacement Mike James laugh out loud. Classic NBA stuff. 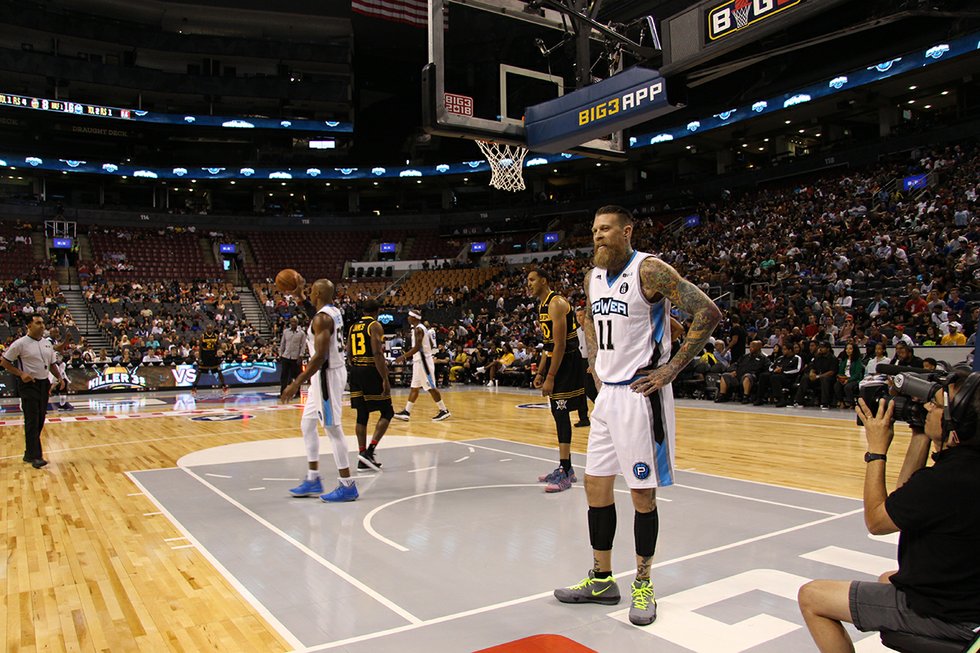 There were also quite a few airballs, and players seemed allergic to the circle that delineated a four-point shot – I wanted to see someone perch there and cherry-pick four-pointers. Why else have it? The games, which were played first to 50 points with no game clock, did get competitive and sometimes physical. Carlos Boozer said it was more like the “old days” than the current three-point and spacing-heavy NBA, which he called “touchy-feely soft” in a post-game Q&A.

More than an NBA Seniors Tour, Big3 felt like a basketball comic-con or fan expo. Fans would often flock away from the games and towards the sidelines when players like Stoudemire or Drew Gooden would walk around before or after their own games, swarming them for selfies or to get their jerseys, photos and memorabilia autographed. Players were more than happy to oblige, clearly relishing the attention. For retired players who don’t find a place on a coaching staff or a broadcast team, it’s a solid alternative. They get paid $10,000 a game and share in the league revenue, making more or less based on the standings. 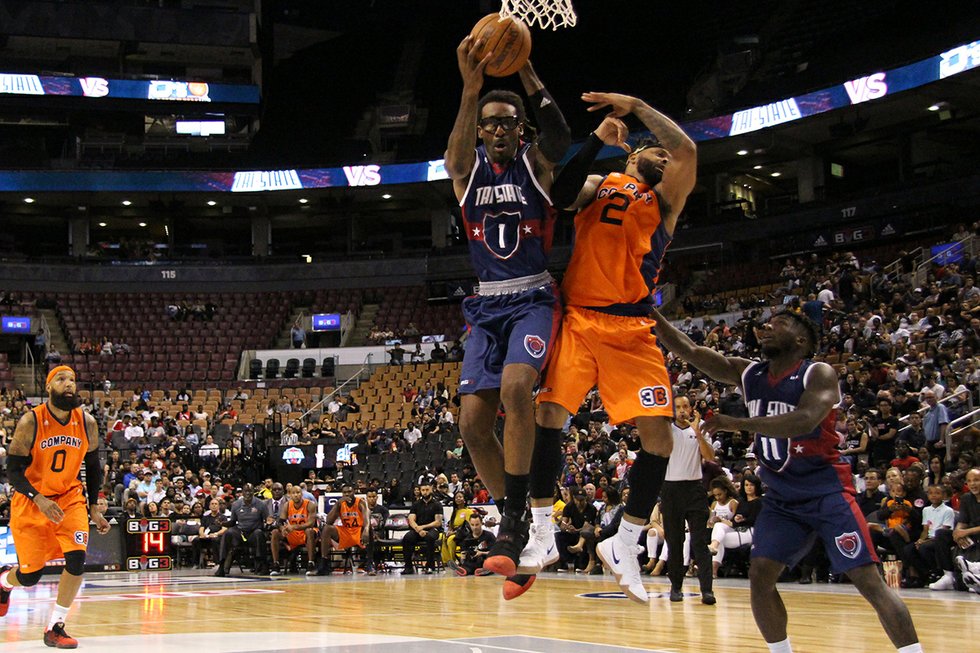 During halftimes and between games, children and adult fans participated in dance contests, school-gym-style games of 21 and four-point shooting competitions, and it sometimes felt like the audience was more into these than the actual gameplay. The crowd was filled with kids, who seemed to be having a great time whether or not they knew who any of the players were. Actor Michael Rapaport, who’s part of Big3’s broadcast team, vamped for a fan shouting his name. It was fun, light-hearted and a bit ramshackle, a kind-of throwback to the earlier days of live sports.

So Big3 wasn’t the NBA, but at the end of the day it didn’t have to be. 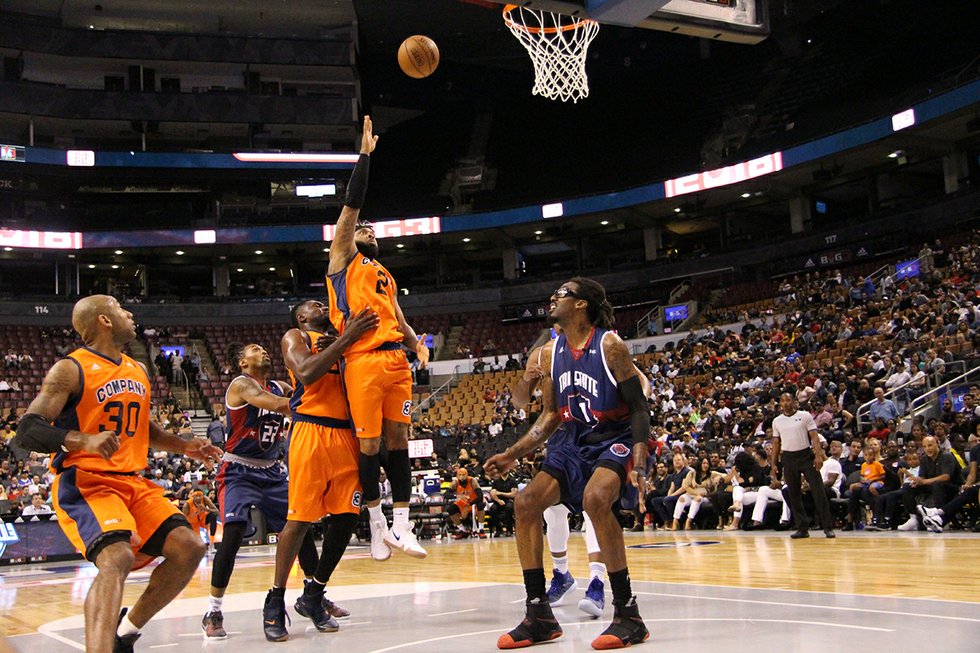