The Toronto author on learning to listen, Afro-pessimism and poetic anger 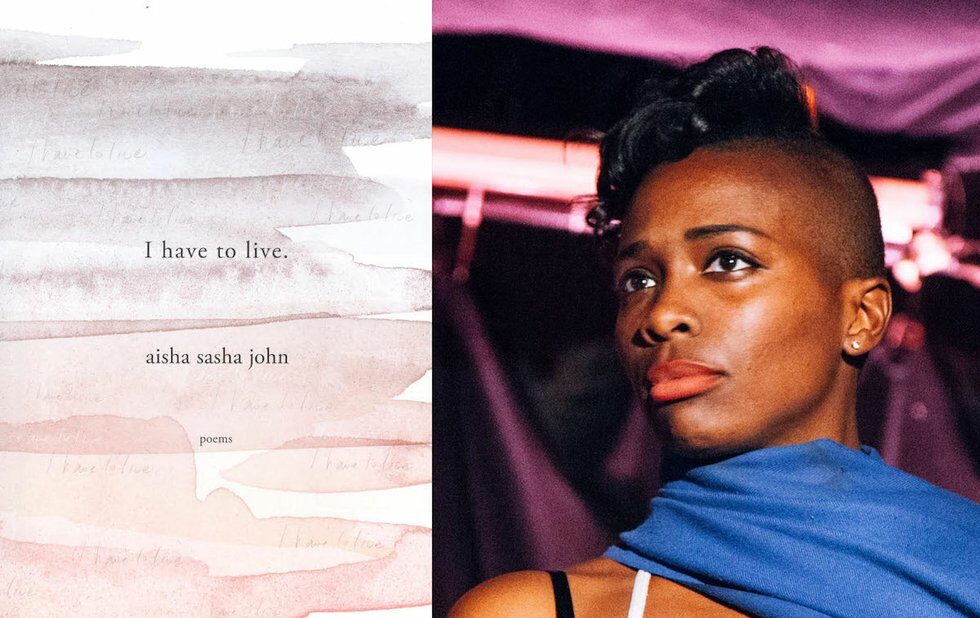 If your idea of a poet is some kind of effete snob who prefers isolation to human connection and impenetrable jottings to quick communication, get to know Aisha Sasha John.

She’s one of the Canadian poets on the short list for the Griffin Poetry Prize, which is being awarded this Thursday (June 7). The International and Canadian finalists, each of whom receives $10,000, read at Koerner Hall on Wednesday and the winners in each category receive $65,000, one of the largest literary prizes in the world.

John, the local author of three books, could tell by who is judging this year’s competition – poets Ben Lerner, Sarah Howe and Ian Williams – that she had a chance and that they might not be making a decades-long career one of their essential criteria.

She was actually in bed when she found out she’d made the final cut.

“When I first saw the jury I thought I might have a chance – they can read,” she says over brews on a Bloor West patio. “But I was still shock.”

Charismatic, opinionated and eager to talk about her practice, she is a poet and dancer and uses many of the same methods to create both. What they have in common is the essential activity of listening.

“I have a background in traditional and contemporary Caribbean, Ethiopian and Congolese dance. When I started dancing again it was through improvisation technique. And that’s about listening – listening to my body, listening to the space. Training myself to listen is allowing myself to be receptive as a human being and to go with the flow, to surrender. What is the universe insisting to me?’” she asks herself during the creative process.

For her second book, Thou, she set for herself a series of constraints, kind of the literary equivalent of a musical score. She determined that she’d avoid questions and speculation and make the work as declarative as possible. But for her Griffin-nominated follow-up I Have To Live ($19.95, McClelland & Stewart), she decided to free herself up.

“The core of my practice has spiritual dimensions. The Sufis liken ecstasy to having a motorcycle. It’s great to have a beautiful motorcycle but the point of the motorcycle is to get somewhere. The point of ecstasy is to remind us that if we let go, things really happen.”

The poems in I Have To Live, the book which landed her on the short list, are almost all short, taut, comments on daily life. In one, she ponders whether to take a nap. Another describes spreading butter on rye toast. Pussy Pain is about a bike crash. They appear to be without overt political essence, but that is to underestimate both the poet and the work.

Throughout the collection, a single line makes multiple appearances: I have to live, which is what inspired the title.

“The title is in conversation with Afro-pessimism and Black Lives Matter,” explains John. “Frank Wilderson [one of the intellectual forces behind Afro-pessimism] had a huge influence on me. His idea that slave relations still structure our Afro-pessimism is bleak, but affirming, in that it’s great to have the violence you experience described and explained. As a poet I struggled not with the spirit of Black Lives Matter, but because it’s articulated in the third person positing an audience outside the ‘us’.

“So ‘I have to live’ is in the first person, as if our lives matter.”

She says that she discovered poetry as a young teenager and that American writer Amiri Baraka was instrumental.

“His poem Black Art is very violent, even hateful, but the anger in that poem, I didn’t know that was possible. At that time of repressed adolescence, it was so potent that it vibrated.”

Now, a fully formed adult and critically acclaimed writer herself, she still sees the value of that emotion so powerfully expressed by Baraka.