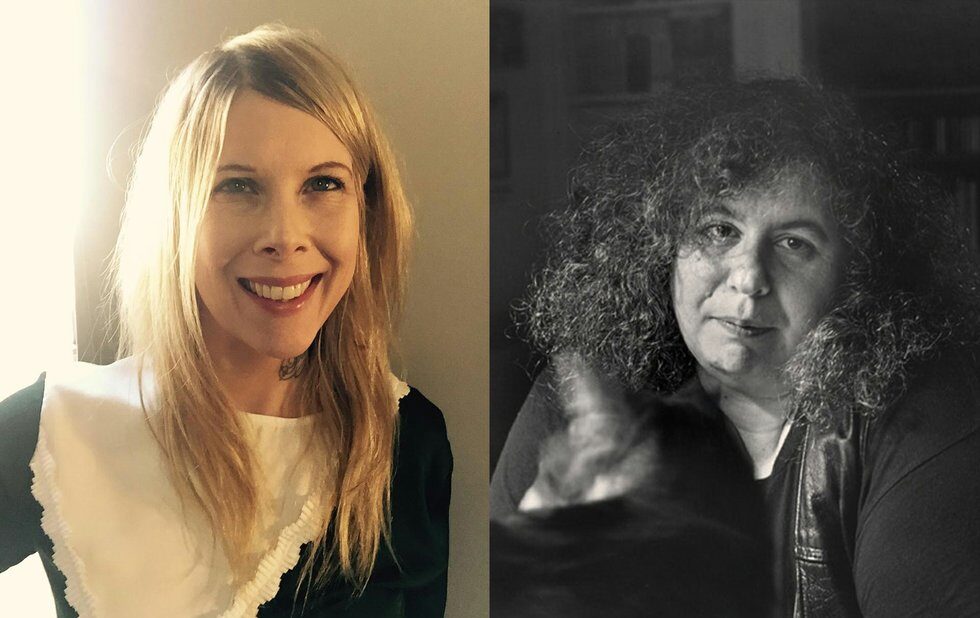 As women everywhere coalesce around the #MeToo campaign – angry, engaged, united – it’s easy to forget that things haven’t always been so warm and toasty inside the feminist movement. Anti-pornography activists and self-described pro-sex feminists fought fiercely and bitterly in the mid-80s.

On one side was Andrea Dworkin, whose thundering oratory, trenchant analysis of sexual abuse and 1981 book Pornography: Men Possessing Women almost single-handedly reshaped the movement to end violence against women. On the other side were feminists shocked at Dworkin and her allies’ seeming all-out assault on men, America’s first amendment and, they claimed, their tendency to see all women as victims.

Battle lines were drawn, nuance was rare and you took a side. Period. That dynamic still exists today, almost 15 years after her death: just search “Andrea Dworkin” on Twitter. Sadly, detractors either take Dworkin’s statements out of context or slam her without reading anything she has written.

Nearly 40 years later, a curative has come along in the form of Last Days At Hot Slit, a recently released collection of excerpts from Dworkin’s novels, essays and books, edited by Amy Scholder and Johanna Fateman.

Former bass player with the feminist band Le Tigre and now an accomplished art critic, Fateman’s written a gobsmackingly good introduction that puts Dworkin’s ideas in the context of her two major works of fiction. She’s able to step outside those furious 80s debates to grasp the value of Dworkin’s oeuvre while never stooping to gush.

But what matters is the work she and her co-editor have collected: uncompromising, excruciatingly explicit, painful and sometimes funny. It is like nothing else.

As a teenager, my experience with her writing and prose style and unapologetic voice was really profound. Not only is her writing remarkable, it was among the first feminist texts I read. I read it like a sponge. It wasn’t until I was older that I understood that there were controversies within feminism.

Dworkin’s actual work – as distinct from what people thought were her opinions – was almost systemically ignored in the mainstream press. What’s been the response to the book so far?

Some of the coverage mainstream has been unexpected. People are ready to accept her and appreciate her as a complicated person and great writer. They feel like she’s a corrective to where things are in the U.S., where feminism feels very watered down and commodified. She brings us back to first principles, and readers find it refreshing.

In Woman Hating (which Dworkin originally wanted to call Last Days At Hot Slit), she was so radical – before she discovered feminism. There was no gradual radicalization, she just gets more developed and detailed. [As a rape survivor herself] she was not afraid to talk about what had happened to her. She was not ashamed. People need someone who is courageous enough to break the silence so that others can speak.

What is it about Dworkin’s output that connects to you as an art critic?

I find it inspiring that she invented her own way of being a cultural critic – the fact that she analyzed pornography in the same way as she interpreted literature [Leo Tolstoy, Gustave Flaubert, for example]. Cultural critics are much more hesitant to use a work of art in service of their argument – it was a rather brash strategy. Dworkin took it to the next level.

Her book Intercourse was her most polarizing because people thought she was saying that heterosexual sex could only be rape.

She was badly misinterpreted as someone who believed that male sexuality was irredeemable, that men were irredeemable and that there was no way to have sex that was not coercive and was not rape. The time is right for people to read Intercourse, more so than when it came out. People are now taking it as a critique of intercourse as a social construct and an institution of heterosexuality.

Her piece Israel: Whose Country Is It Anyway? is really good – written from her social justice perspective.

When the #MeToo movement surged, many long-time activists wondered what took so long. Why has #MeToo taken off now?

It’s because of Trump. The cauldron of rage has bubbled over. However much women have talked about sexual harassment, rape and sexual violence, men in power haven’t paid any price for their behaviour. It’s our moment of reckoning. Women have built these networks, we have women’s shelters, we have rape hotlines. We’ve done all this work but the men [who commit violence] face no consequences – and in fact they’re now in the highest positions in government.

How would Dworkin think of today’s transgender rights movement?

There’s a passage in Woman Hating addressing that directly, saying that trans people have a right to gender-affirming surgery and health care. Her widower John [Stoltenberg] is very engaged with trans-inclusive radical feminism and believes very strongly that that would have been her position and that ideas of radical feminism should not be hostile to trans people and the trans movement.

Dworkin is seen as all doom and gloom, but there was a reason she kept lecturing in front of male audiences, for example, and never stopped urging feminist activists on.

There is this flame of hope in her that is unbelievable. How could she, of all people, still have that hope? It kind of saves her. But you have to read her to see that.

Susan G. Cole collaborated with Andrea Dworkin and is the author of the anti-pornography book Pornography And The Sex Crisis (Second Story).