As her new book On The Come Up hits shelves, the American novelist discusses the state of rap, Kanye West and women's fight for inclusion in the genre 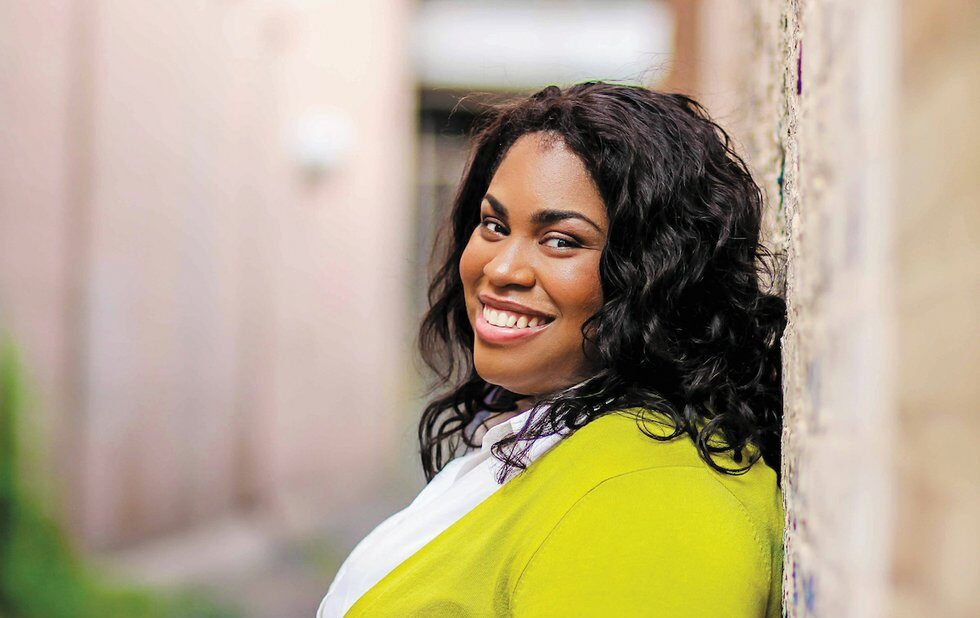 Like the protagonist in her latest YA novel, Mississippi-based author Angie Thomas once tried her hand at the rap game.

The Hate U Give author Angie Thomas is back with another young adult book that skilfully weaves contemporary anxieties about social economics and racial oppression into a coming-of-age tale.

In her hip-hop novel On The Come Up (Balzer + Bray, 464 pages, $23.99), teenager Bri battle-raps her way through life. She discovers the music at its best and the industry at its worst while coping with poverty and a violent incident involving school security guards. There’s already a movie adaptation in the works with director George Tillman, Jr., the same director who adapted Thomas’s debut for the big screen last year.

As with The Hate U Give, there’s some of the author in Bri. Like so many kids who only see limited avenues to success, Thomas once tried her hand at the rap game, recording demos that got played on local radio in Jackson, Mississippi a few times and getting an article published about her rhymes in Right On! Magazine.

“It didn’t go very far for me,” Thomas laughs over the phone from her Mississippi home.

The novel also draws on the time the author’s mother was laid off and the family had to survive on welfare and food stamps, a period she describes as the most traumatic of her life.

Thomas may not have become a rapper, but her voice is out there spreading the ideas and issues her music would have tackled. Ahead of the book release, we spoke with Thomas about hip-hop, how it’s evolved and where she hopes to see it go.

In your novel, there are interludes where you explain the relevance behind the internal rhyme schemes of rappers like the Notorious B.I.G. and Rakim. My reaction was, “Who does this girl think she’s talking to??!!” But it occurred to me that the YA audience wouldn’t necessarily know these things.

They don’t! There are kids that I’ve met who are like, “Who is Rakim?” And I’m like, “Are you serious?” There’s a generational gap. And a lot of times, especially in hip-hop, older people are like, “Well, these kids don’t know good music.” I’m writing for them but also appreciate old-school stuff. I have to find that medium where I’m like, “I still like what you guys like.” It’s that tricky line of not demeaning what they like but still paying homage to the pioneers.

I think a lot of younger listeners do know 2Pac and Biggie. At the same time, their knowledge of Biggie might be limited to his biggest hits and the tragedy surrounding his death. I don’t know how many realize how intricate, subversive and playful his rhymes and narratives were on songs like I Got A Story To Tell.

So much of his legacy has been taken up by the beef. When they think of Biggie, they think of 2Pac and that whole thing without really appreciating his artistry. He was more than just the subject of Hit ’Em Up. Biggie was literally a lyrical genius. The things this man can do with rhymes and wordplay was genius.

My biggest hope for this book is that it becomes a gateway to poetry for many kids, that looking at somebody like Biggie would help them later on to look at someone like Nikki Giovanni and understand her poetry.

I assume you’re trying to bridge the gap by dividing the book into three parts: Old School, Golden Age and then New School.

Bri’s journey is similar to hip-hop’s journey. I was thinking of Common’s song I Used To Love H.E.R., where “Her” is an embodiment of hip-hop. When Bri’s journey starts, she has a genuine love for it. But then it begins to change the way she acts. Common talks about how “she” – as in hip-hop – got caught up in the gimmick, the image and all of that. That’s how things go with Bri.

If I Used To Love H.E.R. is an influence on this book, I can’t help but think you’re feeling some kind of way about where hip-hop is at today. Personally, I can’t listen to much outside Kendrick Lamar and J. Cole.

J. Cole, Kendrick, Joyner Lucas and Rapsody – that’s about where I stop. I need rappers to be a little more responsible. Hip-hop should be about speaking up, speaking out and making people uncomfortable. People were calling it irresponsible back in the day, but the truth was rappers were speaking on things that were actually happening.

Nowadays, it’s not so much about speaking up. It’s about being the alpha male in the room for the guys. It’s about who can outshine each other. There is no sense of responsibility to community. You got 6ix9ine bragging about shooting and killing people on the internet and stuff like that. Now he’s locked up. And you want me to say “Free 6ix9ine” even though he snitched on himself? This is the culture we’re in right now.

Rapping about “that stuff” and also getting caught up in the gimmick are both things you illustrate beautifully in Bri’s journey when she’s lured into being “ratchet” to stir controversy and grab eyeballs. Reading that made me appreciate a rapper I gave up on long ago: Kanye. Everything he released after The College Dropout had passion and brilliant production, but he’s not a skilled lyricist, which is what I prioritize. Despite that, and all the damaging shit Kanye says today, reading your novel made me think on how he never bought into the hood performance.

But that’s why we got the Kanye we got now. For so long, we did praise him for being the guy who wasn’t like anybody else. When nobody was rocking pink polos, he started rocking pink polos. He went against the grain. For so many of us hip-hop heads who loved the music but didn’t always identify, he was us. He was the nerd who loved the music but was never seen as cool enough to be in the in crowd. He made himself the in crowd.

But now that whole thing is warped in his head. He wants to be different, but I don’t think he realizes that in being different, he’s not coming off as a hero. He’s coming off as an asshole. We as a culture created that monster. I thought about that a lot when I was writing the book. What does it mean when you’re the one everyone’s labelling the villain? So many of the monsters out there we create. And that’s what Bri has to realize. She cannot let herself become a monster that others create.

We haven’t discussed the fact that Bri is a female in hip-hop. You show the fight women face for inclusion in the genre.

Hip-hop was founded at a birthday party for a teenage girl. Sugarhill Gang was put together and signed by a woman [Sylvia Robinson]. Hip-hop was built on the backs of women. Then later hip-hop degraded women.

That’s why it was important to build respect and camaraderie between Bri and the other female rapper. I hope that will influence a new generation. Maybe 10 years from now, we won’t have another Nicki vs. Cardi. We’ll have more young women who aren’t battling to be the only one. They’re willing to work and succeed along side each other.