Alicia Elliott, Carrianne Leung and Catherine Hernandez call on the TPL to cancel event featuring Meghan Murphy due to the writer's views on trans people 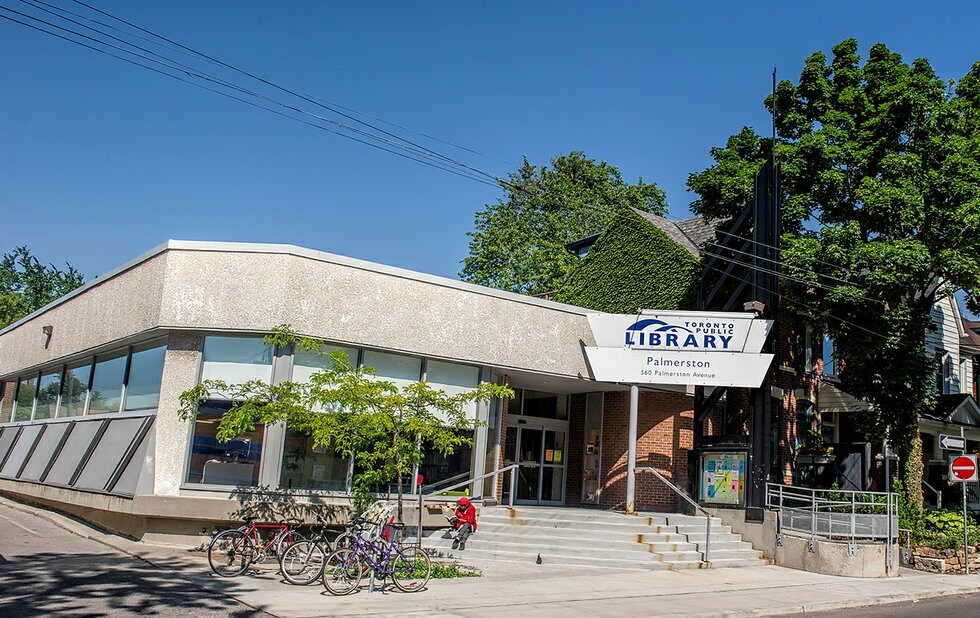 A group of high-profile local authors have announced they will no longer participate in Toronto Public Library (TPL) events unless the institution cancels an event featuring controversial Vancouver-based blogger Meghan Murphy.

In a change.org petition created on October 15, authors Alicia Elliott, Carrianne Leung and Catherine Hernandez say that Murphy is using the library to spread hate speech. They plan to boycott TPL readings and other events if an October 29 discussion taking place at the Palmerston branch goes forward.

As of publication time, the petition had more than 2,600 signatures.

Murphy, who runs the website Feminist Current, has argued that transgender women should not be allowed in women’s locker rooms, bathrooms and prisons. In 2018, Murphy was banned from Twitter for violating the platform’s Hateful Conduct Policy. She also opposed Bill C-16, an act that amended the Canadian Human Rights Act and the Criminal Code to make it illegal to discriminate based on gender identity and expression.

“In a city where trans communities are already unsafe, your decision to allow this event to happen within TPL will intensify this danger,” the petition says. “This is unacceptable to us. We urge you to cancel this event in compliance with your own policies.”

Murphy will participate in a panel discussion entitled Gender Identity: What Does It Mean For Society, The Law And Women? The event is organized by Radical Feminists Unite – Toronto, who rented out a space at the Palmerston branch.

In a statement, the TPL’s city librarian Vickery Bowles said the event is in compliance with the library’s policy for third-party room rentals. She added that Murphy has not been charged with or convicted of hate speech.

“As a public library and public institution, we have an obligation to protect free speech,” Bowles wrote. “When TPL makes meeting rooms available to the public we serve, we need to make them available to all on an equitable basis, regardless of the beliefs or affiliations of individuals requesting their use.”

According to TPL’s policy on community space rentals, the library allows rentals of meeting rooms, auditoriums and theatres to groups “whose primary purpose is the promotion of cultural, educational and community activities.” An event can be denied or cancelled if the TPL believes that the use will be for “a purpose that is likely to promote… discrimination, contempt or hatred for any group or person on the basis of race… sex, gender identity [and] gender expression.”

TPL’s statement says library officials reviewed the room rental request from Radical Feminists Unite – Toronto and consulted with the City of Toronto’s legal counsel, and that based on this review they did not have the grounds to deny or cancel the booking.

However, Elliott believes Murphy is spreading hate speech, even if she hasn’t been convicted.

“By allowing this to move forward, by saying this is about ‘free speech,’ the city librarian is saying that trans people’s basic rights should be up for debate, which is not what an institution that really supports trans people would do,” Elliott wrote in an email to NOW.  “It’s unacceptable to allow debates on whether or not people should have human rights and equal protection under the law. With this decision the TPL and city librarian are saying quite clearly they only support the trans community with flimsy words, not meaningful actions.”

In January, the Vancouver Public Library drew similar criticism when officials allowed Murphy to speak at an event at the library.

At the time, Murphy told CTV News, “trans-identified people really need services and programs that are specific to them… I don’t think it’s necessary to say that people who identify as trans women are literally female, because they’re not, and that’s not an insult. It’s not a judgment, this is just true. You can’t change biological sex.”

This past spring Murphy spoke to the Scottish parliament to oppose reforms that would allow people to self-declare their legally recognized gender, a law that she said could “nullify women’s rights.”

In a statement posted on Facebook on October 15, Murphy called the hate speech allegations an “abomination.”

If the event goes ahead as scheduled, Elliott, Leung and Hernandez plan to stage a peaceful demonstration in front of the Palmerston branch on the night of the event.

“I am angry that the notion of free speech gets used these ways to propagate hate against already marginalized people,” Leung told NOW. “Asking to de-platform a speaker is not the same as denying free speech. I think this is dangerous and actually silences public discourse.”

The petition has gained support from other prominent writers and artists, including Cherie Dimaline, Kate Beaton, Zoe Whittall and Amanda Jette Knox. Toronto activist Desmond Cole has also announced he will not host book events at TPL if Murphy is allowed to speak.