From The Testaments to Ian Williams's Giller Prize winner, this year gave us exceptional novels from veteran writers and rising stars 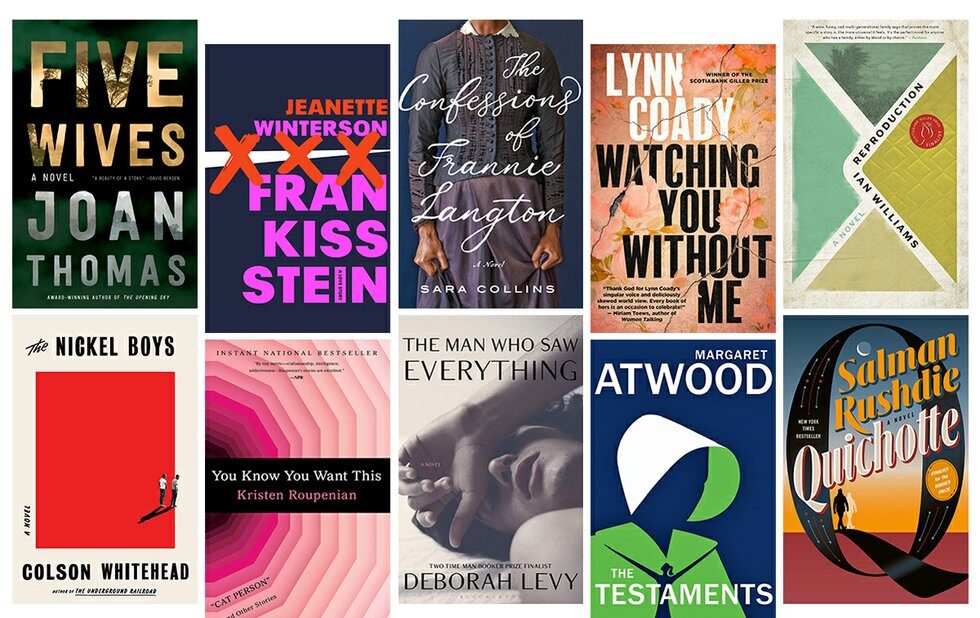 If the 2019 crop of novels demonstrates anything, it’s that veteran writers have lost none of their mojo. Atwood, Rushdie, Winterson and Donoghue all released beautiful books. But younger writers like Ian Williams and Kristen Roupenian proved that a new generation is rising rapidly. Here’s what captured my attention and my imagination.

It’s 1956 and five Christian missionaries have been killed by members of the Indigenous tribe they attempted to convert, leaving their wives to pick up the pieces. Wholly deserving of this year’s Governor General’s Award for fiction, Thomas gets into the minds of her fascinating characters as they grapple with their doubts, deal with sudden fame and continue on with their evangelical work. The fact that she makes us believe these women – almost like another species for most of us – have their own inner logic is impressive. But the biggest achievement is her ability, at the same time, to show the true, racist colours of the evangelicals and their mission.

An electrifying mashup of potent ideas via three narrative threads takes Winterson, long listed for this year’s Booker prize – to new heights. One story tracks Mary Shelley as she creates Frankenstein, another follows a man hawking sex robots and a third tracks a love affair between a trans man and an inventor working in the AI field. Sounds heady, for sure, but Winterson makes you think and feel at the same time in ways I’ve never experienced before.

3.The Confessions Of Frannie Langton by Sara Collins (HarperCollins)

Frannie, raised in a hellish Jamaican plantation, has been assisting her master, who is also a scientist – shades of Washington Black, but in this case the research is wholly repellent. When he takes her to England, she becomes a servant and begins a relationship with the opium-loving mistress of the house – there are whiffs of Sarah Waters. When a double murder takes place, the police suspect Frannie but she can’t remember a thing. This is great storytelling, but Collins has also meticulously studied the scientific trend wherein researchers went to appalling lengths to try to prove the inferiority of Black people. Quintessentially Gothic, this epic rages with passion, but the ideas are as powerful as the emotion.

4. Watching You Without Me by Lynn Coady (Anansi)

Criminally ignored by this year’s prize juries, Coady expertly portrays how a male menace can mess with a woman’s mind to the point where she might not be able to protect herself and her family. When her mother dies, Karen returns to her childhood home and must decide how to arrange care for her mentally disabled adult sister Kelli. When Trevor, one of Kelli’s caregivers, steps in, Karen is grateful – until he oversteps, big-time. A gripping, tightly written, almost-thriller.

This year’s Giller winner is a family saga like no other, with vivid characters and spectacular narrative twists. Edgar, a wealthy and ethically compromised capitalist of German extraction, and Felicia, a much younger Black woman from a never-named Caribbean island, meet in a Toronto hospital where their mothers lay dying. A brief – and strange – affair produces a son named Army, whereupon Edgar vanishes and Felicia fashions her own chaotic chosen family with her landlord, Oliver, and his two children. Men behave badly, women make bad decisions and everyone struggles to cope in the digital age. What makes it all work is Williams’s exquisite writing and his willingness to take risk with form. This is a fresh and exciting literary voice.

Pulitzer Prize-winner Whitehead (The Underground Railroad) digs deep into history to tell this story of two Black teens sentenced to a hellhole of a reform school in the mid-60s. Elwood seeks inspiration from Martin Luther King, while Turner’s much more cynical as the two discover the extent of the corruption and abuse – even murder – at the facility. A powerful evocation of the beauty of friendship within the framework of brutal racism.

7. You Know You Want This: Cat Person And Other Stories by Kristen Roupenian (Scout/Simon & Schuster)

This was a year when female writers found their subversive sexual voices. Roupenian is the most successful of these authors via stories featuring people who make very bad choices. The centrepiece of the collection, Cat Person, went viral, so unusual – and apparently enraging – was its protagonist, a woman who treats a man like a piece of tissue to be used and tossed away. Expertly crafted and delivered deadpan, the stories signal a major talent to watch.

8. The Man Who Saw Everything by Deborah Levy (Hamish Hamilton)

Levy’s gorgeous hallucinatory puzzle reflects on memory, sexuality and politics in unsettling ways. Set in the 60s, but updated in the second half, the book follows pansexual Saul as he sets out on a mission in East Germany – a world specialist in surveillance – just after he has an accident at the intersection made famous on the cover of The Beatles’ Abbey Road album. You’re never sure where the novel’s going, but just put yourself in Levy’s hands, because she knows exactly what she’s doing.

The most wildly anticipated book of 2019 did not disappoint, unless you were hoping for something as good as its origin story: The Handmaid’s Tale. Riffing off the TV series adaptation of Handmaid, Atwood focuses on three characters resisting the Gilead regime in differing ways. The best rendered of them is Aunt Lydia, who’s devoted to her role as the guardian of the regime’s women – something that’s explained in a series of devastating sequences – until, well, she isn’t. This is a thrill ride of a page-turner– it was a joint winner of the 2019 Booker Prize – but lacks the mood of dread that made The Handmaid’s Tale so unnerving.

Rushdie’s exhilarating reimagining of the Don Quixote story is a novel within a novel that brings the hero to America where he goes on a road trip – with the son he’s fantasized – to find his true love, a famous talk-show host. A crucial subplot involving the opioid crisis indicts the corruption of big pharma while another suggests the end of the world is near. Rushdie has a field day with his pop culture references in a book that’s funny, yes, but deadly serious in its assessment of an America that’s losing its soul.

Akin, Emma Donoghue’s sweet story of an 80-year-old forced to take his 11-year-old nephew to France, plainly mining the author’s rich relationships with her own sons Educated, the mind-blowing, stranger-than-fiction memoir from Tara Westover about growing up with survivalist parents Chasing Painted Horses, Drew Hayden Taylor’s empathetic fable of friendship and the power of image and Crow, Amy Spurway’s hilarious and moving debut novel about a woman returning to her Cape Breton hometown to die.