The best events at the 2018 Toronto International Festival of Authors 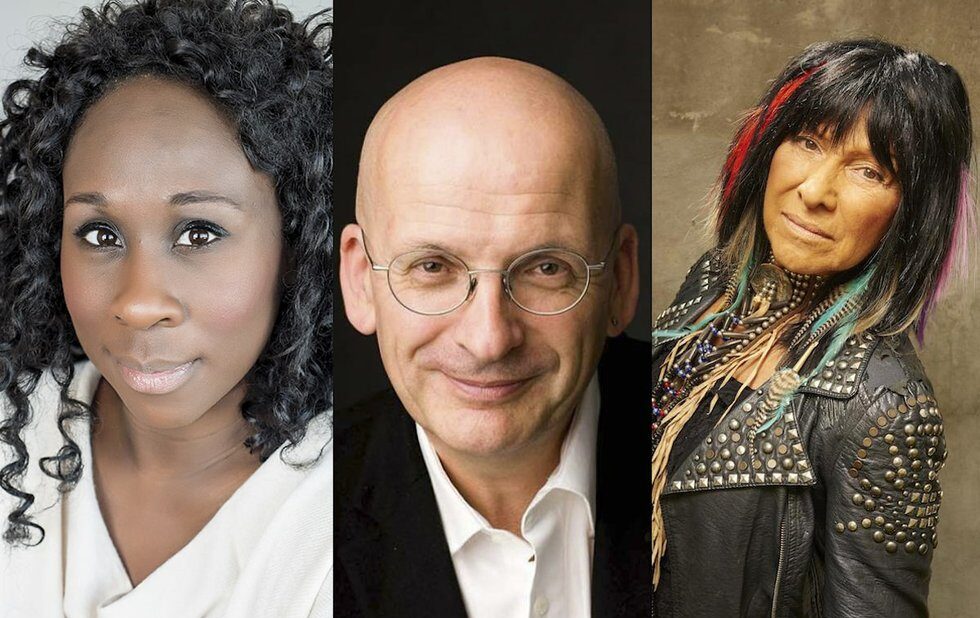 TORONTO INTERNATIONAL FESTIVAL OF AUTHORS at Harbourfront Centre and other venues, Thursday (October 18) to October 28. $18-$65. Some events free. festivalofauthors.ca.

With its 39th edition, the Toronto International Festival of Authors is approaching middle age with spectacular energy and a slate loaded with the world’s deepest thinkers and literary giants, including some of Canada’s best. But it’s the curation that really matters. A pack of panels and conversations bring together authors for what promises to be a series of fascinating interactions. Here’s a sampling of what will rock your literary world.

This should be one fabulous gabfest. Two ebullient Irish authors talk about their lives, writing and their most recent work. Both compose exhilarating fiction – including for children – and are multiple award winners. And wow, can they talk.

In the #Metoo moment, Miriam Toews’s Women Talking looks at the impact of a group sexual assault that challenges its Mennonite survivors – and the author herself – in profound ways. Strangely absent from the Giller list this year, the book has been nominated for the Governor General’s fiction award. Alissa York, who’s committed to female historical rebels of all kinds, handles the interview duties.

This irresistible event celebrates the impact of the Man Booker Prize. Winner Marlon James (2015 winner for A Brief History Of Seven Killings) takes the stage with other winners and nominees – no details yet on names, but there are lots close to home and on the festival’s slate – to discuss how the prize changed their lives.

On location and displacement

A panel dealing with how place can affect characters, cultures and family is especially timely in this era of refugee crisis. Sri Lankan-born, New Zealand-based Brannavan Gnanalingam’s Sodden Downstream tracks the travails of a female refugee. Another New Zealander, Maori Witi Ihimaera (best known for The Whale Rider) offers a memoir about his childhood and Iranian author and poet Maryam Madjidi demonstrates artful ambivalence about her roots with Marx And The Doll.

A Celebration of the Governor General’s Award

The GGs don’t have the glitz of either the Giller or Writers’ Trust Prize and, without a fancy awards ceremony in Toronto, they tend to fly under the radar. But these awards have the heft of longevity going for them and, even better, an excellent list of nominees this year. Hear the nominated authors, including Rawi Hage (Beirut Hellfire Society), Joshua Whitehead (Jonny Appleseed), Paige Cooper (Zolitude), Sara Henstra (The Red Word) and Miriam Toews (Women Talking). The event culminates with celebrated author Lee Maracle receiving the $10,000 Harbourfront Festival Prize.

While it’s always exhilarating to hear from literary giants from the U.S. and UK, pay attention to the writers from smaller countries – not necessarily English-speaking – who keep the festival truly international. Portuguese writer Dulce Maria Cardoso, who grew up in Angola, comes with The Return. Wu He, a Taiwanese authority on culture, arrives with Michael Berry, his translator for Remains Of Life. And New Zealander Tina Makereti discusses Maori and Pasifika experience in a panel sure to shed light on an increasingly important theme throughout the world.

As Poland marks its 100th anniversary of independence, three stellar and outspoken authors weigh in on Poland’s complex history and its current controversial government. This timely panel features Jakub Małecki, Dorota Masłowska and Jakub Zulczyk in conversation with Eva Stachniak.

Canadian Haisla/Heiltsuk writer Eden Robinson has delivered the second in her Trickster trilogy – the first installment, Son Of A Trickster, was shortlisted for the Giller Prize. Trickster Drift is even better. It’s an enlightening, entertaining and very funny novel that’s getting too little buzz, probably because Son Of A Trickster got so much. Governor General Award-winning Canadian Métis writer Cherie Dimaline talks to Robinson about, among other things, Indigenous authorship.

Four great writers discuss why they choose their genres and styles in a panel about literary craft. Dionne Brand, whose Theory gives new meaning to the word subjectivity, appears with Isa Kamari (Tweet) who blends traditional and modern styles, Maltese Pierre J. Mejlak (Having Said Goodnight), whose stories move from the past to the future and African magic realism specialist Ondjaki. Could be the smartest panel at the fest.

This dream team specializes in stories that blend comedy and tragedy, but they also have in common sharp wits that make for very snappy on-stage banter. Boyagoda’s Original Prin tells the story of a university professor in crisis both personally and politically while Hage returns with Beirut Hellfire Society, a book about surviving under devastating, war-torn circumstances.

Can’t help but tout this event in which I’m facilitating a discussion between two authors passionate about how women resist social strictures. Alex Leslie’s unsettling stories in We All Need To Eat centre around a woman’s attempts to cope with the pressure to conform when it comes to her sexuality and life in general. Japanese author Sayaka Murata won the prestigious Akutagawa Prize for Convenience Store Woman, which examines in deep detail how a job as a convenience store clerk gives meaning to an unmarried woman’s life.

This could be the toughest ticket of the festival. Edugyan’s Washington Black has already been short-listed for both the Booker and Giller prizes and Wolitzer, flush from the recent opening of the movie The Wife, based on her novel, has been causing a stir with her latest fiction The Female Persuasion. Both books deal with the way powerful personal influences can be both positive and negative and, either way, life-changing. The two writers have different vibes – Edugyan quiet and introspective, Wolitzer effusive and sometimes very funny – but that should make the conversation all the more interesting.

The CBC’s Raina Douris talks to both the author and subject of Buffy Sainte-Marie: The Authorized Biography. Music icon Sainte-Marie (note: she will not perform) is fascinating on her own – musically gifted, fiercely independent, pointedly political – but it’s the making of the book that’s the key here. The musician and Warner (We Oughta Know: How Four Women Ruled The ’90s And Changed Canadian Music, none of them Sainte-Marie, by the way) talk about their partnership and how it fostered the bio’s openness and authenticity

On Gender, Masculinity and Power

Three diverse writers, moderated by Rinaldo Walcott, address issues of feminism, sexuality and gender on a powerhouse panel sure to provoke debate. Rachel Giese deals with masculinity in Boys: What It Means To Become A Man from her perspective as both a cultural commentator and a mother. Sarah Henstra’s The Red Word, nominated for the Governor General’s Award, takes a clear-eyed look at rape culture and college life. And the multi-talented Vivek Shraya (I’m Afraid Of Men) explores how the pressure to be masculine when she presented as a boy continues to play a role in her life. All three are great talkers.