From a queer Muslim memoir to a history of small-town Chinese restaurants in Canada, here are the season's essential titles 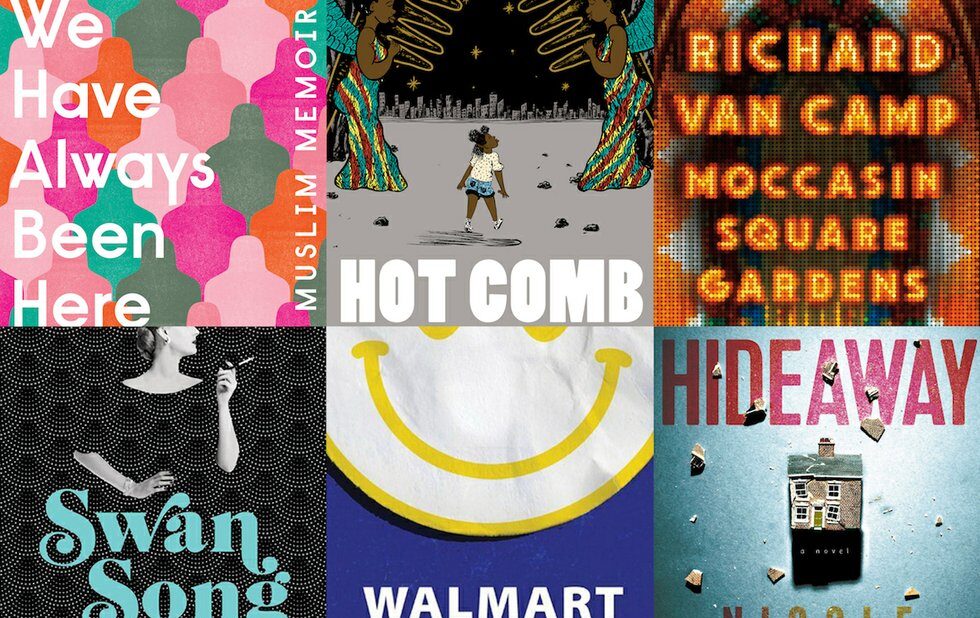 There’s lots of intrigue, gossip and plain fun in this list of upcoming releases. But we can’t ignore those focusing on family tensions and #MeToo moments. Whether heavy or light, they’re all winners.

WE HAVE ALWAYS BEEN HERE: A QUEER MUSLIM MEMOIR by Samra Habib (Viking)

Habib has been searching for a safe place all her life. Under siege in Pakistan, where her Ahmadi Muslim faith is considered blasphemous, she hid her identity. As a refugee in Canada, she faced racist bullying. In her community, her boyfriends were controlling, her women friends meek. She had to travel the world in order to embrace her queerness. This moving memoir traces her journey from Pakistan to selfhood. On sale now

The culture of hair has always had a special meaning for Black women – playwright Trey Anthony mined it spectacularly for her show Da Kink In My Hair. In Hot Comb, Flowers’s graphic stories uncover more anxieties experienced by Black and biracial females, whether their tresses are too curly, too straight or even shaved right off. Along the way Flowers recreates classic ads to illustrate how mass media add to the cauldron of social pressure. June 18

WALMART: DIARY OF AN ASSOCIATE by Hugo Meunier (Fernwood)

Meunier has been working on this exposé since 2012, when he went under cover as a Walmart employee in St. Leonard, Quebec, to probe working conditions at the big-box giant. He describes almost cult-like conditions guaranteed to keep workers in line while examining the corporation’s mammoth efforts to block unionization in 2005 and its dubious legal strategies designed to defend attempts to put workers back on the street. Read this and you won’t walk through Walmart’s doors again. On sale now

THE DISHWASHER by Stéphane Larue (Biblioasis)

A young man devoted equally to heavy metal and his video-lotto addiction washes dishes at a high-end Montreal restaurant in this gritty novel recently released in translation. It is not, by any stretch, a breezy summer read, but it does deal with desperation, coming of age and online gambling addiction – not exactly a literary staple – with unflinching honesty. August 6

THE CONFESSIONS OF FRANNIE LANGTON by Sara Collins (HarperCollins)

There’s no better time than summer for a rich gothic novel. But this one has unusual heft, telling the story of a Jamaican slave brought to England by her cruel master where she’s indentured again in a household, and accused of murdering her employers. With shades of Sarah Waters, thanks to its lesbian edge, and Esi Edugyan’s Washington Black, given that Frannie is forced to collaborate with her master in Jamaica, this might be the page-turner of the season. On sale now

The refugee crisis might have been crowded out of the news cycle, but Ali’s story of an Ugandan family fleeing Idi Amin’s regime and resettling in Calgary maintains real urgency. Mansoor Visram tries to rebuild his business empire while his son’s alienation grows, as does his wife’s frustration with their marriage and Mansoor’s financial schemes. Family tensions, culture shock and racism collide in this taut tale. August 20

Anyone who’s taken a road trip anywhere in Canada has been gobsmacked by the presence of a Chinese restaurant in even the tiniest of towns. Author Hui tracks the origins of some uniquely Canadian dishes like ginger beef and chop suey, which exist courtesy of immigrants with their own fascinating history. Hui starts out mocking the fake Chinese food but develops an appreciation for its intrepid creators. The book came out in February but makes for great reading while you’re motoring through Canada. On sale now

Fierce and funny, Van Camp writes stories about everything from astral projection to bad leadership, but don’t be fooled by the fact that he specializes in both parody and horror. His stories are reality-based, especially when it comes to the ways humans have devastated the planet. But there’s hope here, too. Combining elements of pop and his own Tlicho Dene cultures, this superb storyteller is among the Indigenous authors every Canadian should know. On sale now

THE APOLOGY by Eve Ensler (Bloomsbury/Raincoast)

Ensler, one of the most influential feminist writers (The Vagina Monologues) and still going strong, never got the apology she longed for from her sexual abuser. So she made one up from the man who raped her – her father – and put it in the form of this book. It’s a clear statement of accountability, self-reflective and wholly remorseful. It looks at misogyny and the perpetrator’s roots, while describing the kind of personal transformation required to make sure he never offends again. It is, unfortunately, a fantasy but it is also a potent exercise in empowerment. On sale now

EVERY LITTLE PIECE OF ME by Amy Jones (McClelland & Stewart)

Jones’s savvy novel has everything you’d want from a summer read. It’s a deep dive into the entertainment business, and its account of personal loss has a strong emotional punch. Ava’s family has parlayed its operation of a B&B in small-town Nova Scotia into a hit reality show. Charismatic Mags is the lead singer of a Halifax rock band still playing gritty bars. When tragedy strikes them both, their struggles in the media spotlight become fodder for fascinating fiction. But it’s their friendship that makes the book, well, rock. On sale now

The true story is tantalizing enough: writer and professional party-goer Truman Capote cozies up to fabulously wealthy women who, charmed by his wicked wit, tell him all their delicious secrets. When his “swans” become his thinly veiled fictional characters in a piece published in Esquire, the shitstorm becomes the social scandal of the 70s. Greenberg-Jephcott in turn makes this the subject of her debut novel, probing the paradox of Capote, a character prepared to betray his friendships for his art while becoming wholly bewildered by the fury of his targets. A summer meditation on gossip, temptation and the perils of scorning the idle rich. July 9

We think of purveyors of fake news as the bad guys, but in 1943 Nazi-occupied Belgium, they were heroes. Marc Aubrion, an editor at Brussels’ Le Soir, led a team of journalists who released a fake version of the newspaper, parodying their German occupiers. The novel tracks all the trials of publishing and distribution, as well as the aftermath in which the perpetrators were arrested, some sent to their death. But inspiration comes from the pure pleasure readers took in Faux Soir’s farcical content, itself an extraordinary act of resistance. August 27

One of the country’s most under-appreciated novelists comes through with a disturbing story of what happens to two children while their parents are breaking up. Their mum, Gloria, is not ready for the separation and involves her children in unseemly attempts to get her husband back. Lundrigan has a knack for these psychologically thrilling situations and is especially skilled at getting inside the hearts and minds of kids. July 9

TAKE IT BACK by Kia Abdullah (HQ)

The subject matter of this courtroom drama is intense – the gang rape of a teen girl with facial deformities – but this meticulously researched novel barrels along the way a summer read should. When four boys from immigrant families are accused by a girl badly neglected by her mother, a community is sent reeling. The story not only explores the deep social chasms, it features intriguing characters, including the plaintiff’s lawyer, Zara, a racialized woman forced to face a unique firestorm alongside her client. August 10