The best Toronto book events and literary festivals in fall 2019 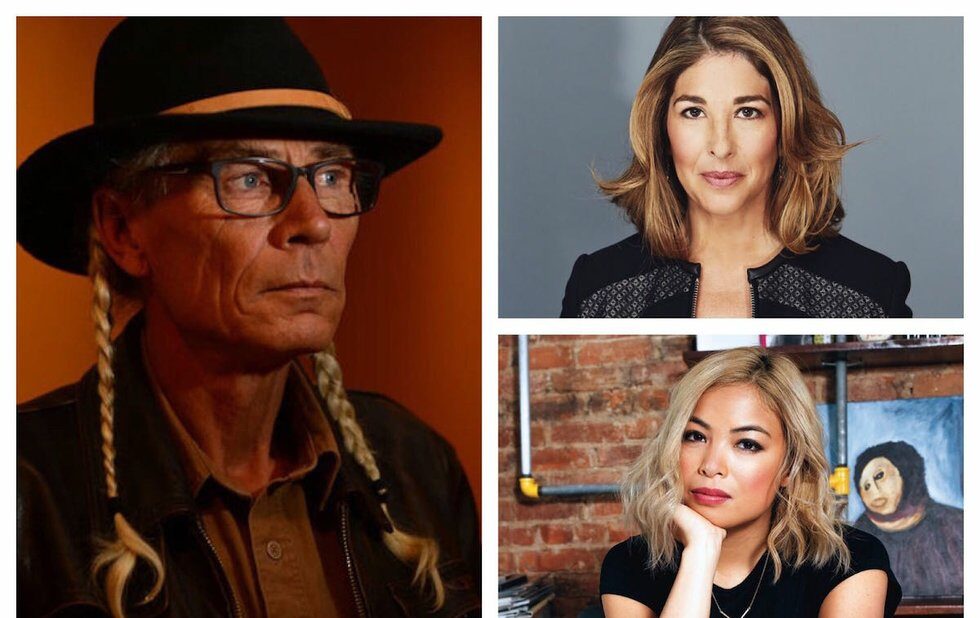 Left to right: Harold R. Johnson, Naomi Klein and Jia Tolentino are among the authors speaking in Toronto this fall.

Work! A Queer History Of Modeling

The fashion industry is behind shaping bland beauty norms, but University of Toronto history prof Elspeth H. Brown’s alternative history of the modelling world looks at the intersection between queerness, sexuality and mainstream beauty.

The Green New Deal champion, who has been focused on American politics of late, turns her attention to Canada at the launch for her essay collection On Fire: The (Burning) Case For A Green New Deal.

Word On The Street

The 30th annual book fair runs over two days, with one full day devoted to conversations on writing and citizenship and the second featuring the marketplace, panels and author talks. Marquee events include ex-Justice Minister Jody Wilson-Raybould talking about her memoir and the final Toronto performance by children’s entertainers Sharon and Bram.

The author of the Susan Sontag biography, Sontag: Her Life And Work, chats with Sheila Heti about the cultural critic’s life. The authorized book is being billed as a “definitive” account and is receiving polarized reviews.

The Globe And Mail journalist does a deep dive into the Canadian context of #MeToo with Had It Coming, in which she posits that lack of police enforcement and education, rather than existing laws, are creating a permissive environment for sexual assault to occur.

The New Yorker staff writer and author of the recent essay collection Trick Mirror has been dubbed the voice of the millennial generation and is an influential voice in shaping the way issues such as feminism are talked about online.

The Canadian actor and star of Gregg Araki’s sex comedy Now Apocalypse explores what it means to be mixed race in a world obsessed with identity in his debut book, Mixed Feelings. His Toronto reading features musical and visual accompaniment.

The literary giant chats with Candy Palmater about Quichotte, his Booker Prize-shortlisted Trumpian reimagining of the story of Don Quixote.

The Toronto author launches There Has To Be A Knife, a novel exploring masculinity and societal expectations of Brown men, at a Dundas West bar with DJ Krish Dineshkumar and guest reader Khalida Venus Hassan.

The American author of Eating Animals tackles climate change by encouraging people to reduce the amount of meat and dairy they eat each day in his latest book, We Are The Weather: Saving The Planet Begins At Breakfast.

The Queer Eye reboot’s resident foodie (and Canadian) will give you a reason to salivate at the launch for his new cookbook, Antoni In The Kitchen.

The Toronto-based author of Angry Queer Somali Boy chats with Rinaldo Walcott about his “complicated memoir,” which encompasses kidnapping, immigration, partying in Toronto, addiction, racism and winding up homeless.

The Pulitzer Prize-winning American television critic with an affinity for shows made for and by women chats with Rachel Giese about her collection of previously unpublished essays, I Like To Watch: Arguing My Way Through The TV Revolution.

The indie comic publisher launches its final round of books before calling it quits. Releases include Michael DeForge’s Stunt, GG’s Constantly, Ben Passmore’s Sports Is Hell, Connor Wilumsen’s Bradley Of Him and Patrick Kyle’s The Death Of The Master.

The popular British novelist and essayist returns to town to chat with Eleanor Wachtel about her first short-story collection, Grand Union, which is a mixed of new and previously published stories.

The poet and Buzzfeed staffer discusses his memoir How We Fight For Our Lives, which recounts his youth in the South while exploring race and queerness.

The annual LGBTQ literary festival – the largest fest of its kind – returns for a fifth year. Lineup and venue details have yet to be announced.