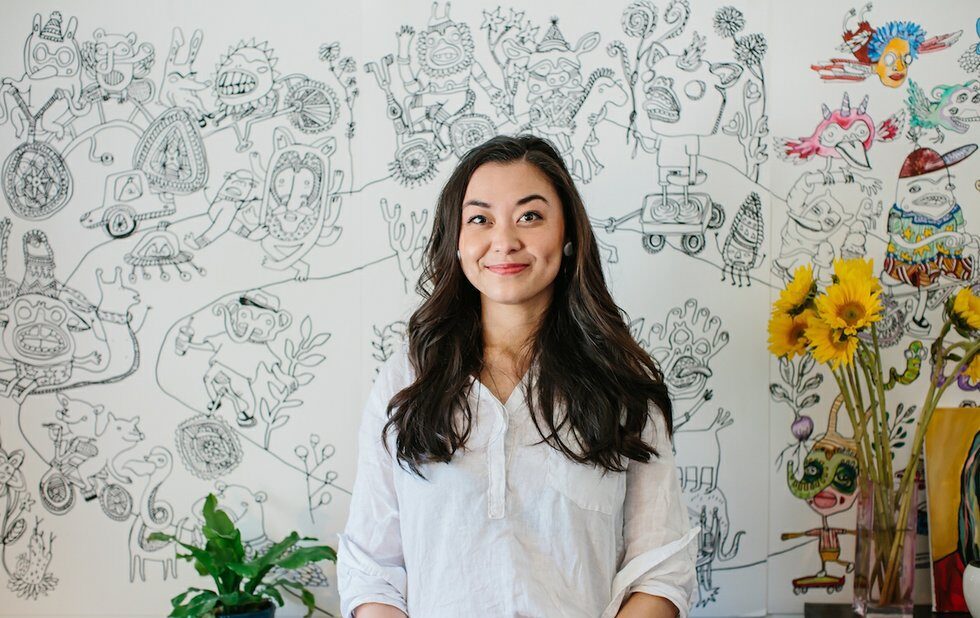 Two years after the initial reckoning, the first wave of #MeToo books has been released, many by the journalists who first broke those essential stories.

She Said: Breaking The Sexual Harassment Story That Helped Ignite A Movement (Penguin Press, $37, 320 pages) by New York Times journalists Jodi Cantor and Megan Twohey, is a gripping account of their investigation into Harvey Weinstein. They explain in detail how the movie producer lured female actors into hotel rooms under the guise of business meetings and then assaulted them, and how he hired famed feminist lawyer Lisa Bloom to discredit his accusers.

Journalist Ronan Farrow’s page-turner Catch And Kill: Lies, Spies, And A Conspiracy To Protect Predators (Little, Brown and Company, $36.50, 464 pages) details the origins of his own investigation into Weinstein and how the movie producer pressured NBC, Farrow’s employer at the time, to kill the story, which lead Farrow to bring it to the New Yorker.

But two other recently published #MeToo books – Robyn Doolittle’s Had It Coming: What’s Fair In The Age Of #MeToo (Allen Lane, $26.95, 304 pages) and Chanel Miller’s Know My Name: A Memoir (Viking, $37, 368 pages) – are stark reminders that although the Weinstein allegations compelled throngs of other women to share their stories of sexual assault and harassment, the #MeToo social movement had been building for years – if not decades – prior to October 2017.

These two books advance the conversation as they show what happens when regular women – without Hollywood clout, wealth or high-profile attorneys – come forward and go through the justice system. And through rigorous reportage and unflinching memoir, Doolittle and Miller illustrate how the judicial process in Canada and the United States is messy, biased and rarely results in satisfying outcomes.

Doolittle’s Had It Coming expands her groundbreaking Globe and Mail series Unfounded, an investigation into how Canadian police disproportionately dismiss sexual assault complaints as “unfounded” – a term meaning the detective believes the accusation is either false or baseless.

Had It Coming explores the issues at the core of the #MeToo movement, like consent, due process, privilege, power and the role social media has in elevating victims’ voices. One of the most remarkable parts of the book is Doolittle’s research into the difference of how young men and women view sexual situations. She cites one study that found men respected “outright statements of consent or refusal, but when there wasn’t that verbal communication, they filled in the gaps in part by assessing the context of the situation.”

Doolittle connects these findings to the controversial Babe.net story about Aziz Ansari, in which a young woman alleged that the comedian did not pick up on her verbal cues and pressured her to give him oral sex. It also ties it to the Doug Ford government’s repeal of the revamped sex-ed curriculum, which would have taught the basics of consent to students starting at age six.

It’s often said that Canada’s criminal justice system is set up to mismanage sexual assault cases, and that’s why so few trials lead to guilty verdicts, if they even make it to the courts at all. So it was jarring to learn that Canada’s justice system is actually among the most progressive in the world, a point that activists, lawyers and legal scholars agree on.

As Doolittle explains, in 1983, the Canadian government abolished the requirement for corroborating evidence, meaning “a judge no longer needed additional and independent outside evidence to convict an accused.” The government also removed the doctrine of “recent complaint,” meaning that if a victim did not immediately run or cry for help after an attack, judges and juries couldn’t view this as undermining her credibility, and also implemented rules that protect a victim’s sexual history from being used in court.

Canada also has affirmative consent standards, which means that rather than waiting for a “no,” all parties need to agree to the sexual activity.

Despite all this, Doolittle found that police officers’ biases about how a victim should act greatly impacts whether or not they will pursue charges, and that judges often fall prey to rape myths. In one of the book’s standout chapters, Doolittle interviews former justice Robin Camp, who presided over the trial of a 26-year-old accused of raping a 19-year-old Indigenous woman. In the trial, Camp asked the woman, “And when your ankles were held together by your jeans, your skinny jeans, why couldn’t you just keep your knees together?”

Camp later found the man not guilty, telling the court “the accused [sic] hasn’t explained why she allowed the sex to happen if she didn’t want it.”

Public outrage ensued and Camp eventually resigned before the Canadian Judicial Council had the opportunity to remove him. Doolittle writes “in the eyes of many Canadians, Camp became the walking, talking personification of rape culture.”

It’s notable then that in an interview with Doolittle, Camp says that following his resignation, he sought out sensitivity and legal training, and worked with psychologists who taught him about the neurobiology of trauma. Through this voluntary training he realized he held prejudiced beliefs. Camp’s evolution shows how it is possible for those in power to shift their point of views, but it needs to be bolstered by additional training, which currently isn’t mandated in Canada.

While Had It Coming examines the ways in which the justice system fails sexual assault victims, Miller shares in candid detail what it’s like to be a victim in an assault case, bringing humanity to the stats, studies and interviews that are the backbone of Doolittle’s reporting.

Miller was known as “Emily Doe” in the 2016 trial of Brock Turner, the Stanford University student who was found guilty of assaulting an unconscious Miller after a frat party in 2015. BuzzFeed News published the 7,000-word letter addressed to Turner at his sentencing, which opened, “You don’t know me, but you’ve been inside me, and that’s why we’re here today.” The letter went viral and received 15 million views within a week.

In Know My Name, Miller, a Chinese-American artist and writer, is unflinchingly honest as she describes being interrogated by Turner’s attorney, the way she was misconstrued and minimized by the mainstream media and the extreme guilt she felt for her younger sister, who as a witness, was forced to upend her life for years to testify at ever-changing court dates.

The most difficult parts to read are when Miller describes how despite Turner’s guilty verdict, nearly every stage of the criminal justice system fails to support sexual assault victims.

“Do you understand, when you ask a victim to report, what you’re telling her to walk into? Why didn’t she go to the police? I had deputies, a detective, paramedics, I had squad cars, an ambulance,” Miller writes after she realizes that Turner’s attorney has filed an appeal.

“I had pressed charges within 24 hours of the assault and here I was three years later reading the appellate attorney’s statements about how it was ‘merely exterior massaging’ of my ‘genital opening.’ When you say go to the police, what do you envision? Often it seems easier to suffer rape alone than face the dismembering that comes with seeking support.”

Turner was found guilty of three felony counts, yet judge Aaron Persky sentenced him to a lenient six months in county jail. Turner was released after three months for good behaviour. The sentence sparked outrage (Miller writes she was expecting at least two years) and Persky was recalled from office in 2018. In the aftermath, California lawmakers also passed a mandatory minimum sentence for sexual offenders and made prison time mandatory for anyone convicted for assaulting a person who is unconscious or too intoxicated to consent.

These big legal changes were the result of her trial, yet Miller advocates for some seemingly smaller reforms that would make the system easier for victims to navigate. For example, she writes about the need to inform victims exactly what pressing charges entails, recalling how right after she was discharged from the hospital, Miller agreed to press charges, thinking it’s the “equivalent to signing a petition.” It ended up consuming the next four years of her life.

Miller frames her experience within the context of the events preceding and following #MeToo: being a student at University of California, Santa Barbara when self-proclaimed incel Elliot Rodger went on a murderous rampage that killed six people learning that Larry Nassar assaulted hundreds of young gymnasts while he was the doctor for Team USA Donald Trump’s “grab her by the pussy” comments. In the final chapter, Miller writes about a candlelight vigil held for Christine Blasey Ford on the day it was confirmed she would testify before the Senate Judiciary Committee that Supreme Court nominee Brett Kavanagh had sexually assaulted her when they were teenagers. Miller writes that “vigil” is a strange word to describe it, but “perhaps it was a collective strengthening before sending her into battle, knowing what she would face.”

No doubt more books will be released in the coming months dissecting the #MeToo movement, debating its merits and impact. As a new genre is birthed, Know My Name and Had It Coming are vital reads, demonstrating what happens when we uphold structures that diminish a victim’s worth and offering hope for legal reforms to create more equitable legal systems.