In her book Beauty In A Box, author Cheryl Thompson delves into the social, political and corporate history of Black women's hair in Canada 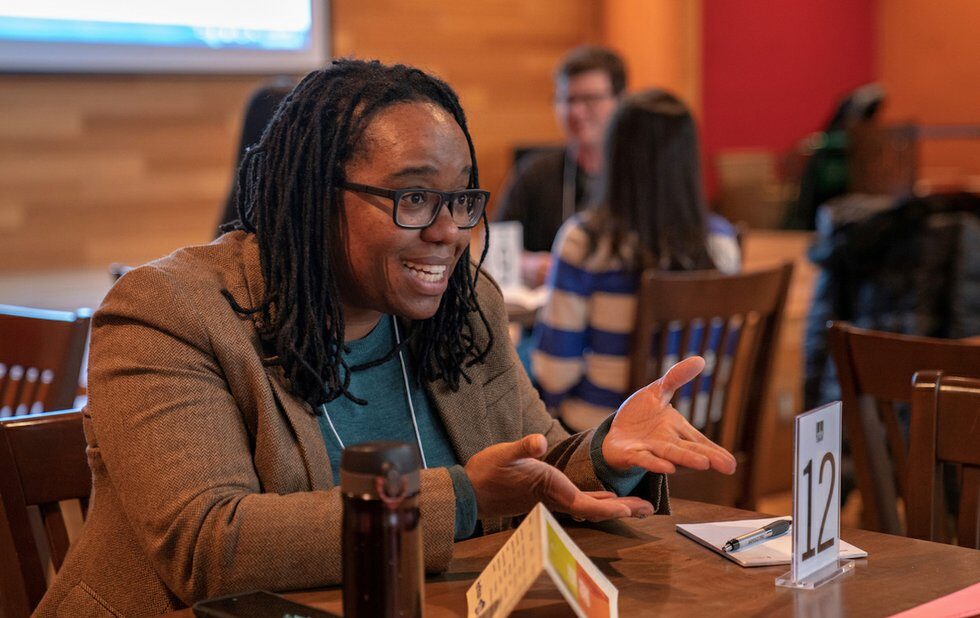 In 2008, hair was of little professional interest to Cheryl Thompson. But after a series of events that included locking her own hair and American shock-jock Don Imus’s “Nappy-headed ho’s” verbal assault on the Rutgers women’s basketball team, the Ryerson University professor realized that Canadian Black women’s hair herstory was barely a blip on the beauty radar, yet it affects their everyday experiences.

Her epiphany became a PhD dissertation and now an academic book, Beauty In A Box: Detangling The Roots Of Canada’s Black Beauty Culture (Wilfrid Laurier University Press). The work goes well beyond tresses to delve into Black history in Canada, immigration, entrepreneurship and anti-Black policies from the early 19th century to today.

Drawing on her former career as a mergers and acquisitions journalist, Thompson also investigates the Black beauty industry to expose the big corporations behind it.

NOW spoke with the author about this overlooked part of Canadian history to find out how far we’ve come and how far we have to go.

The book focuses exclusively on Black Canadian women’s history with hair. Was that challenging to research?

Big time. Althea Prince wrote a book in 2009 that was called The Politics Of Black Women’s Hair. When I read that book, I was expecting a lot about Canada, but it was more about Caribbean and African [Canadian] women sharing their experiences about hair. I was reading other books, African-American books, and it was about women sharing their experiences, but I thought: what about the business? What about how products get into stores? What about how companies realized that they needed to expand cosmetics lines? Why is it that our products are sold at a different counter? So, I said, “Let me do this.”

I read everything there is to read. I spent months reading about 19th century women’s fashion. I wanted the book to be a culture study of beauty as it intersects with retail, promotional culture, film and television. I didn’t want it to be about our “experiences.” Our experiences are a little naive because you must understand the top in order to understand the bottom.

You discovered that there are big corporations involved in the Black beauty industry?

There are major companies invested in us that we don’t even know about because they hide. The labelling looks the same, but when you pick up your Dark & Lovely that is L’Oréal [which also owns Carol’s Daughter]. I wanted to expose the structure.

This book goes way beyond hair? What was your goal?

I’m really trying to illustrate the fact that there has been a Black media for a long time in Canada [and] a Black Canadian consumer culture. On the surface, it doesn’t seem like those things connect to Black beauty, especially in Canada in the 1960s but it has everything to do with why we were excluded from the major department stores and the major media outlets until we had trailblazers like [beauty entrepreneur] Beverly Mascoll and media outlets like Contrast newspaper and the West Indian News. I’m also trying to shed light on the fact that we have had a Black press for over a century. That’s the only way that I was even able to write this book. We as a community made this happen.

In Canada [we] don’t tend to think of Black communities as being proactive. There tends to be a narrative that things just happen to us. The reality is all of those African Americans selling products wouldn’t have been able to come to Canada if the infrastructure didn’t exist.

The book also addresses the Korean relationship with Black hair. Why is that such a complicated subject?

The Korean takeover of Black hair and Black beauty didn’t just start yesterday. We have to go back to the 1970s in the U.S. when Koreans started immigrating en masse after the Korean War – especially to Los Angeles, Brooklyn and Queens. They were entrepreneurial and realized that there was big business in Black hair. So they started opening shops.

In Canada we saw that happening in the 2000s. The global hair weave industry is really controlled by Koreans. Where is that hair coming from? India, Pakistan, Malaysia. We are invested in an industry that is really disconnected from anything to do with Blackness. Yet we are the primary target. [Korean business owners] see a business, they don’t see the politics. And they don’t see that we’re trying to nourish who we are.

I shop at Black-owned beauty stores because when I go in, we have  a conversation. I’m learning about a product and the salesperson tells me about how it works for them.

How do you address the conversation around natural hair as “woke” and weaves or processed hair as “self-hating”?

I’m borrowing slightly from [singer] Jill Scott, who once commented that “People [think] because I’m natural I’m going to be conscious or whatever. Some days I am, some days I’m not.”

I think we put too much emphasis on it we don’t know an individual person’s story. They could be hella conscious, but work at a law firm and the reality is there are grooming policies at these businesses that are prohibitive of certain hairstyles. I write in detail about all the Black hair cases for the last 30 years, from cornrows to hair colour. Even a couple of years ago, a woman that worked at Jack Astor’s was sent home because her hair was in a bun. Insanity! So, I don’t pass judgment.

Your research uncovers many interesting and disturbing facts. What’s something that surprised you?

The origin of relaxer was not to straighten Black women’s hair – it was to soften rawhide for manufacturing purposes. It was created by a Mexican-born chemist, Jose Baraquiel Calva [who operated his company, Lustrasilk, in Minnesota] who then realized, “Wait a second I think this would work on coarse hair, too.” I found that out by happenstance. I stumbled upon that story in a 1948 issue of Ebony [in the Yale University archives] that casually talks about this uncritically. This chemist predates George. E Johnson, who didn’t create the Ultra Wave perm [used for men and women] until 1954.

What are your thoughts on Chris Rock’s Good Hair documentary?

It was completely one sided. It doesn’t talk about natural hair. It doesn’t even talk about the pressures about why we would even [straighten our hair] in the first place. A lot of times it’s men who say, “I’m not going to date you if you look like this.” This is the problem when other people are telling your stories.

It’s the reason why I also talk about blond hair and the history of blonding. I’m talking about this to show that just as we compare the weave to “that’s fake,” blonde is the most fake thing in mainstream culture. Two per cent of the population [is blonde]. If I have to tell you that my hair is a weave, why don’t you tell me if that’s your natural blonde hair? That question would be viewed as unfair. [I want] to say to Black women, “Stop acting like you’re in this alone. All women have been doing things to create an artifice of how they look. It is not just us.” And yet the mainstream beauty industry keeps secrets, while we have to expose ours. Hollywood and Madison Avenue have way more to do with people thinking blond is this big thing than any individual person.

Who did you write this book for?

This book is for anyone who has an interest in Black Canada. Period. It’s not just about women, beauty or hair.  I also think it will enlighten white people, and then maybe you might want to change some of your policies around hair and no longer give the excuses, “Well, I didn’t know” or “It’s not the same here as it is in the U.S.”