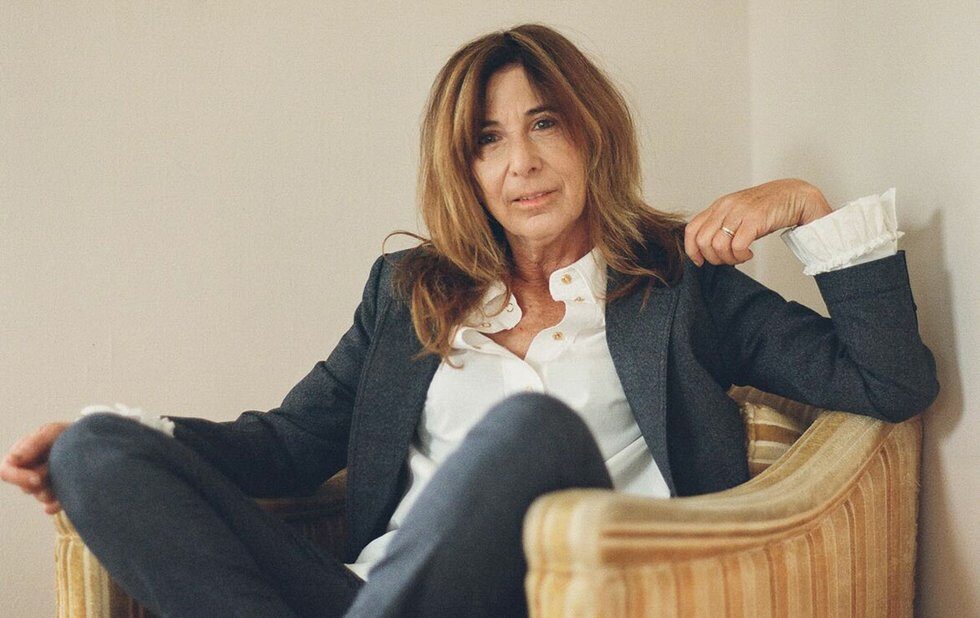 Lucky Toronto. The city is getting a reprieve from its tendency toward cultural amnesia with a gorgeous book of interviews, collected from a seminal 80s art magazine. Published from 1971 to 1980, IMPULSE was led by Toronto artist/editor Eldon Garnet and art director Carolyn White.

The book replicates the mag’s distinctive style and features a mind-blowing collection of archival interviews that includes rocker Debbie Harry, cultural theorist Paul Virilio and economist John Kenneth Galbraith. All of these figures continue to be influential in today’s culture. Equally influential is the author Chris Kraus, travelling to Toronto for the launch. A lot of her work, some of it made 20-30 years ago, is finding an audience today. Her roman à clef I Love Dick was recently made into an Amazon series by Transparent’s Jill Soloway.

Kraus also has a long relationship with this city, including a column in the art publication C Magazine, from 2001 to 2006. We chatted via email about the importance of local art scenes and labour-of-love publishing.

Is it fair to say you’re something like a literary Neil Young? You’ve managed to stay at the centre of each cultural moment you lived through by transcending it?

That’s high praise! But maybe not really accurate. I was present around the St. Mark’s Poetry Project in the early 80s, but mostly as an observer. And then again, around the earlier days of Semiotext(e). I didn’t start being active until the early 90s, and it took a couple of decades for people to take what I was doing then seriously. I think maybe some of the interest in my earlier work, like the films [1982-1996] has to do with the way they carry forward communities that no longer exist into the present.

When you say it took a couple of decades for your work to be taken seriously, you mean recognized beyond the scenes you were working in?

Or recognized at all! Hardly anyone saw the films during the years I was making them.

You say the interest in your early films stems from a curiosity about the communities that produced them. The IMPULSE book definitely carries that charge. I like that Eldon Garnet left the ads in. That context is so important. When you note these communities no longer exist, is that just due to normal churn, or is there something about our current time that is less hospitable to this type of local artistic scene?

Well, maybe both – although you should ask Eldon. I don’t think IMPULSE could exist now in the same way as it did when Eldon and his friends produced it. It came out of a moment and community of people in Toronto when Toronto was cheap. People were also very connected to the cultural worlds in New York and Europe. IMPULSE, like Sylvère Lotringer’s Semiotext(e) magazine, was a high-stakes/low-stakes game. It was a labour of love, very time-intensive and didn’t rely on grants or institutional funding. The people involved took the magazine very seriously, and it had a tremendous reach and influence.

A high-stakes/low-stakes game is the perfect way describe most art endeavours. From what you know of Toronto’s scene, do you feel it is similar to other local art communities you’ve been a part of?

Yes – it’s famously provincial, but then, so is any art community! Even in a major city like L.A., people create little pockets of community, like Janet Kim and her friends did with their artist-run gallery Tiny Creatures. Everyone’s always saying it’s over, but these scenes are perennial.

Its hilarious and rather charming that, among other luminaries, IMPULSE did an interview with John Kenneth Galbraith, renowned advocate for the Liberal economic order we still enjoy the remnants of today. Shows the magazine was fearlessly ambitious. Should today’s art mags try similar stunts?

Yes, why not? Obviously, IMPULSE had much less to lose than magazines like Artforum or Canadian Art. The work of Eldon Garnet and his collaborators was a great example of moving with the freedom that comes from operating at the margins, rather than complaining about it. I mean, I think that’s how culture happens.