Youd never know by the poetry itself that the Toronto International Festival of Authors (TIFA) chooses its Battle Of The. 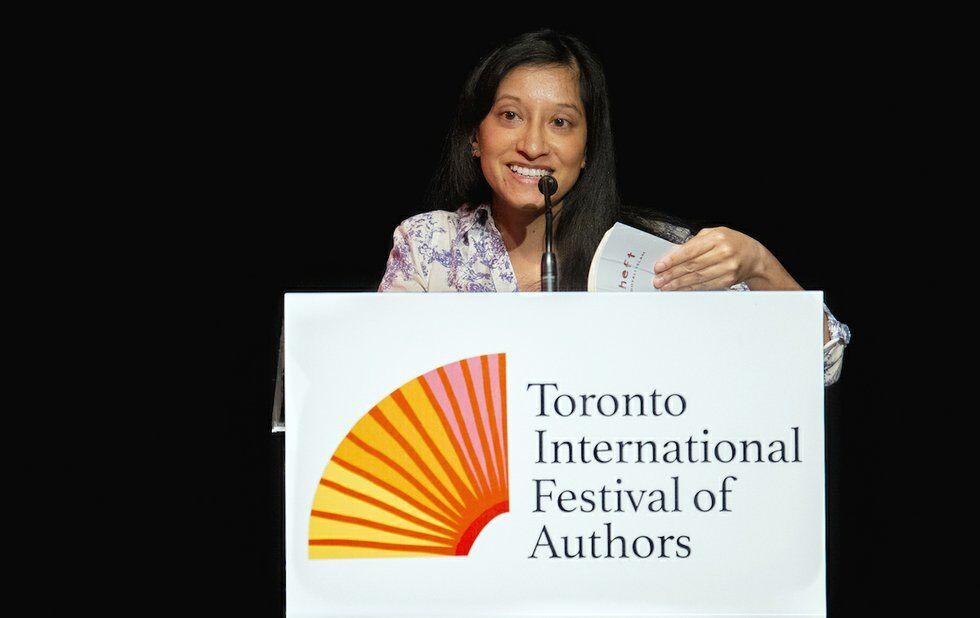 Doyali Islam had huge presence while reading from her collection Heft.

Youd never know by the poetry itself that the Toronto International Festival of Authors (TIFA) chooses its Battle Of The Bards contestants by lottery. The work is that strong. At Harbourfronts signature poetry event, which I hosted, a parade of bards impressed the passionate poetry fans. But it was Doyali Islam who emerged as the winner.

Reading from her collection Heft, which deals with physical disconnection and ruptured relationships, Islam impressed the judges with her words as well as her reading the competition stresses the writers skills expressing the work on stage. Islam, though small in stature, has a huge presence still, yet emotionally moving.

She wins major bragging rights, a spot on next falls Toronto International Festival of Authors slate and free ad space in NOW, a sponsor of the Battle Of The Bards (also referred to as Poetry NOW).

Runners up were Michelle Brown, who read with energy from Safe Words, and Jay MillAr, whose collection I Could Have Pretended To Be Better Than You is emblematic of his appealingly sardonic tone.

There was a ton of talent on display, and the judges had a tough challenge in picking out a winner. Chris Banks captured the tension and unease in his meditations on anxiety. Reading with compelling vocal tone, Adebe DeRango-Adem gave real urgency to her politically charged poem about the Garden of Eden, fear, adventure and womens power.

There were some stellar comic moments too, especially from Hana Shafi in pieces about being a young Muslim in challenging social situations. Smokii Sumacs soulful work about discovering love made a big impact. And Kelly Norah Drukkers intense reading from her nature-based Small Fires made every word matter.

It was another impressive slate, proving that poetry remains a powerful force in this country.