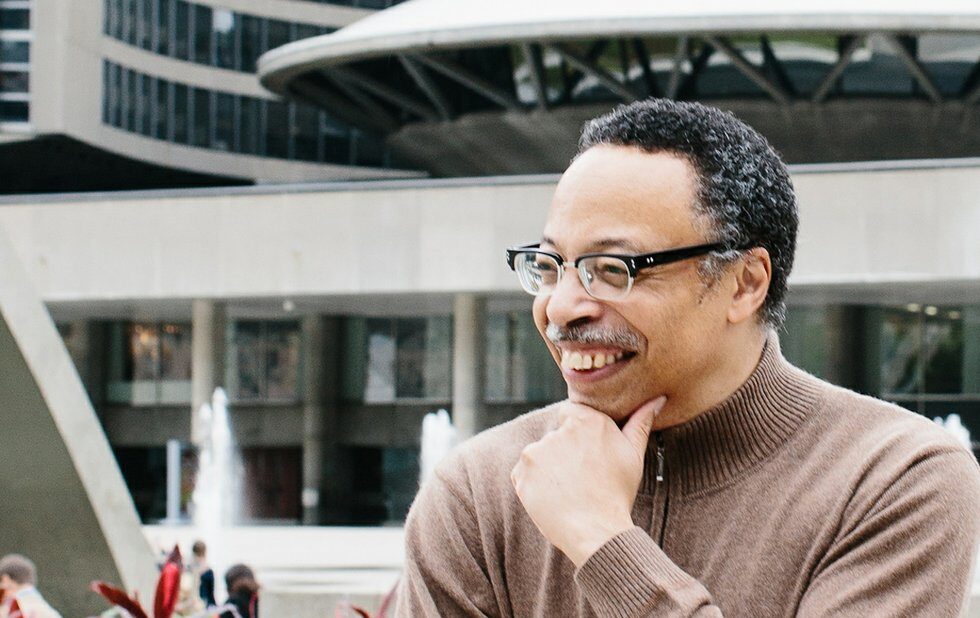 Toronto-based poet and professor George Elliott Clarke has withdrawn from a lecture at the University of Regina following emotional outcry from Indigenous leaders, artists and organizations.

Earlier this week, Clarke said he would not rule out reading poetry by a man convicted of murdering an Indigenous woman 25 years ago. He was due to give a lecture titled Truth And Reconciliation Versus The Murdered And Missing: Examining Indigenous Experiences of (In)Justice In Four Saskatchewan Poets later this month.

“After further reflection about the issue of my proposed lecture at the University of Regina, scheduled for January 23, it is with great sadness that I have decided to withdraw from this presentation,” he said in a statement released through his literary agent on Friday, January 3.

Clarke, a member of the Order of Canada, a University of Toronto English professor and an occasional NOW contributor, relented to demands that he cancel his participation after his working relationship with published poet and convicted murderer Stephen Brown, previously known as Steven Kummerfield, came to light. Clarke has edited Brown’s poetry and promoted his poems on the Parliament library’s website, where the former poet laureate has a curated list.

Clarke said he only recently learned that Brown, along with Alex Ternowetsky, was convicted of manslaughter in the 1995 beating death of Pamela George, an Indigenous single mother of two.

“I never intended to cause such anguish for the family of Pamela George and the Indigenous community, and for that I am truly sorry,” Clarke wrote.

“I am a mixed Black and Indigenous writer and scholar, and my advocacy for justice for Indigenous Peoples and People of Colour in Canada must never be in doubt,” he added. “My purpose in my talk was to discuss the role of poets in dealing with social issues, but that interest has been lost in the current controversy. So regrettably, I have asked the University of Regina to cancel my appearance.”

The University of Regina will not seek a replacement speaker for the school’s annual Woodrow Lloyd Lecture. Officials said in a statement that they will engage with Indigenous stakeholders “in an effort to hear people’s concerns and perhaps begin a healing process.

“The University is proud of the progress made in recent years towards its Indigenization goals, but recognizes that there is still much work to do,” the statement reads.

Clarke and the school’s decision not to proceed with the lecture mark a reversal following earlier statements in the week.

In an earlier interview with the CBC, Clarke compared the backlash from school faculty, the Federation Of Sovereign Indigenous Nations, activist groups including Idle No More and artists such as musician Tanya Tagaq, to a “lynch mob.”

He then released a statement in which he said he would avoid citing Brown’s poetry in the talk.

In each statement, Clarke centred his own identity and résumé as a mixed Black and Indigenous scholar and advocate for justice for Indigenous Peoples and people of colour in Canada.

According to the CBC, the university initially brushed aside the criticism. Richard Kleer, dean of the faculty of arts, said the school is dedicated to encouraging “open, civil and robust discussion on controversial issues” and declined to cancel the lecture.

Goulet, who wrote an open-letter to the school asking them to reconsider the inclusion of Brown’s poetry, was dismayed by the institution’s decision to trot out a freedom of speech argument.

“This was about giving voice to the person who murdered Pamela George in the very community that this took place in.”

Goulet grew up in Saskatchewan and ran in similar social circles as Kummerfield. In her letter, she explained that George’s murder was a painful awakening to Indigenous women in that community and beyond, making them realize that their bodies were to be “used, discarded and killed.”

Goulet compared Clarke’s initial waffling stance to dangling “a knife over a wound that never healed.”

“The possibility [of his lecture] had a huge impact that tore through the community and opened up this wound that I actually hadn’t thought about in years,” says Goulet. “It really pried something open that was really awful to revisit.

“The University of Regina should know better,” she added. “They are one of the key institutions in Saskatchewan. They should be well aware of the legacy of anti-Indigenous racism on the prairies.”

Saskatchewan is where Métis political leader Louis Riel was hanged where bison were slaughtered to starve out the Plains Cree and where a Canadian court acquitted Gerard Stanley of murdering Colten Boushie in a trial that had the same racial underpinnings as the George case.

For these reasons and more, Goulet argues the University of Regina campus, which is home to the First Nations University, should be a leader in how to handle Indigenous concerns, particularly in matters of truth and reconciliation.

The university is also Kummerfield’s alma mater. It’s not unreasonable to imagine that the promise he showed as a college student and basketball player influenced his conviction, not for first-degree murder as charged but manslaughter. He served just over three years of a six-year sentence and now lives in Mexico City where he writes his poetry.

According to Ina George, her late daughter Pamela loved writing poetry too.