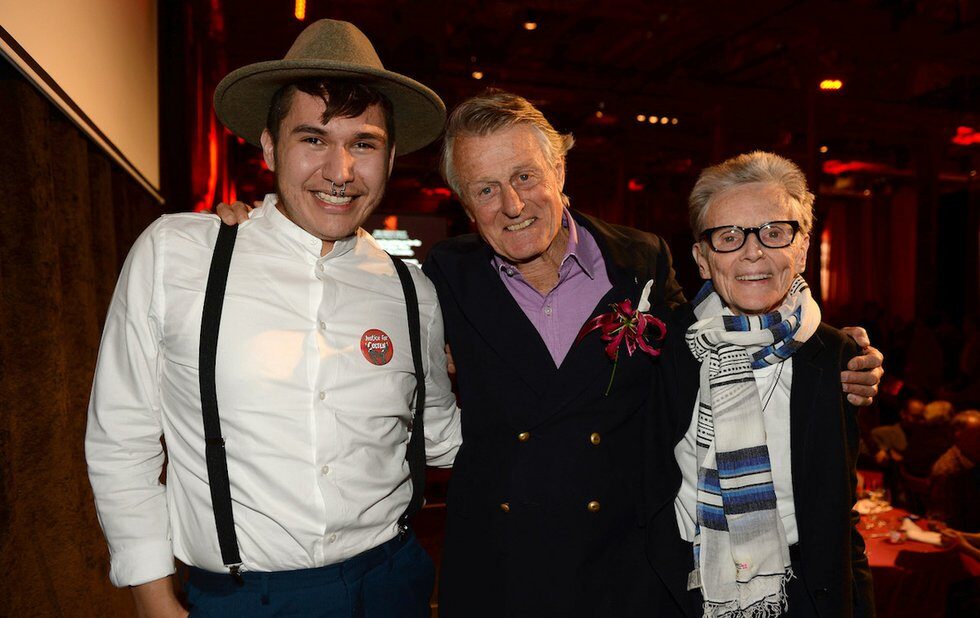 The lavish Griffin Poetry Prize gala at the Distillery District’s Fermenting Cellar had plenty of competition last night (Thursday, June 7) and not just among the finalists. Between the Ontario election and the possibility that the Washington Capitals might win their first Stanley Cup, gala-goers were having trouble focusing and could be seen scrolling through their phones during the presentation.

The award – Canada’s biggest poetry prize, honouring one Canadian and one international poet with $65,000 each – eventually went to two deserving names, but the gala got off to a rocky start.

After Hamish Marissen-Clark, a 2018 national winner of Poetry In Voice/Les Voix De La Poésie, gave an excellent reading of Wayde Compton’s Illegalese: Floodgate Dub, the lifetime recognition award winner Ana Blandiana took the stage with her translator Viorica Patea to present some of her work.

Romanian Blandiana, who struggled against two Communist regimes that banned her work three times, read with passion, her voice dripping with despair, but went on for so long, she was almost clapped off the stage. And when the uncharismatic August Kleinzahler, winner of the 2004 International Griffin Poetry Prize, followed with a dull speech about the power of poetry and how the best of it can surface in the most surprising situations, the crowd got even more restless.

But then the major awards were announced and celebrants put their phones down. Juror Ben Lerner touted the international finalists, referring to all of them as poets who “stand in opposition to the fascistic buffoonery of the present American government,” prompting applause from the crowd. And when American poet Susan Howe, winner for her collection Debths, accepted the international award, it was clear she understood the importance of the honour – not in terms of its financial value ($65,000) but in terms of its role in promoting poetry around the world.

She also endeared herself to the audience by singing the praises of Canuck poets by name-checking Canadian-based poets Daphne Marlatt and the late Robin Blaser.

UK judge Sarah Howe announced the winner in the Canadian category (Ian Williams from Canada was the third judge), but not before expressing how impressed she was with the Canadian works she read as part of the judging process. She was able to make that assessment without appearing for a second to be that kind of condescending Brit who deigns to consider Canadians decent writers.

She announced Billy-Ray Belcourt, author of This World Is A Wound, as the winner, and the room erupted with cheers. Belcourt, a 23-year-old from Driftpile Cree Nation in Alberta, wept openly and could barely get a word of thanks out of his mouth once he took the stage. His work, described by the jury as embracing queerness and Indigeneity, rebellion and survival, proves the Griffin Prize is committed to celebrating new voices.

Both prize presentations made the event’s opening stumbles easy to forget.