Ijeoma Oluo continues talking about race outside the United States

Following the success of her debut book So You Want To Talk About Race, the Seattle-based writer is exploring racial landscapes in Toronto and beyond 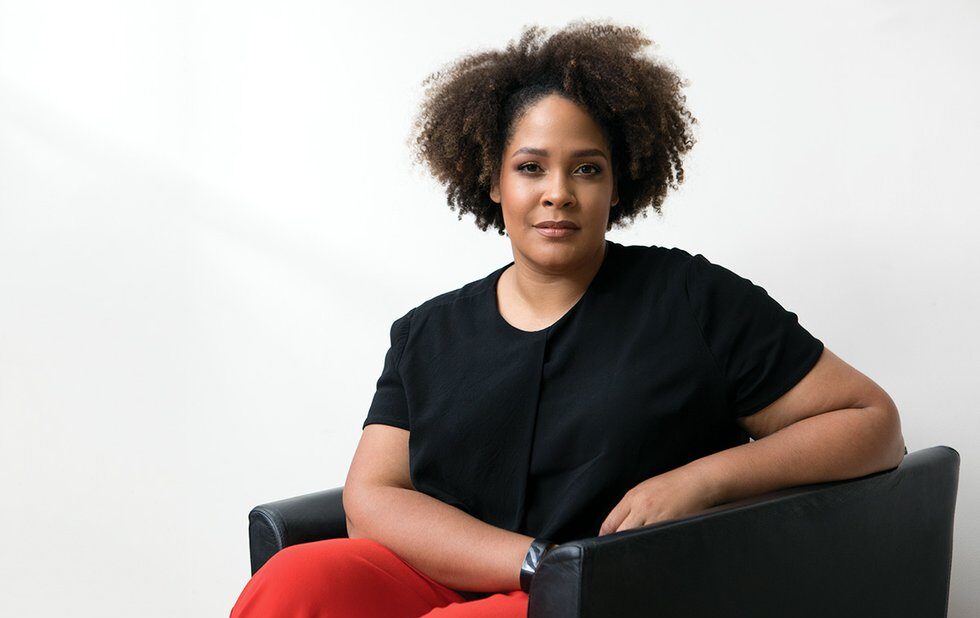 At the Art Gallery of Ontario, Ane Crabtree, the designer behind the The Handmaid’s Tale iconic red cloak, and Sage Paul, the creator of the Indigenous Fashion Week Toronto are having a discussion about fashion and politics as part of 6 Degrees Toronto. At one point, former governor general Adrienne Clarkson, whose Institute for Canadian Citizenship organized the third annual event, jumps in to comment thoughtfully.

Shortly before the next session starts, Ijeoma Oluo arrives. The essayist, blogger and editor at large at The Establishment magazine, is in Toronto for the first time to speak about power and privilege, a topic that, along with race, has become her life’s work.

Released late last year, her debut book So You Want to Talk About Race (Sealpress) became a focal point for discussions about race, racism and social justice in America. She’s continuing those conversations at 6 Degrees over breakfast every morning at the three-day event as part of the research process for her next book.

“I don’t think any of us live in societies that invest heavily in progress toward anti-racism,” she tells NOW in an interview a day after her 6 Degrees talk. “Whatever successes we have, we have to try to extrapolate and see what we can use in our towns and cities. The more data we have – the data is people’s experiences – the better.”

Part of her interest in attending 6 Degrees was to better understand people’s experiences beyond the United States.

I’ve been a fan of Oluo’s writing after noticing her byline several years ago. She’s written for Elle, TIME, and The Guardian, and her tweets about race were often retweeted into my timeline. But the moment that really captured my attention – and so many others – was her profile of Rachel Dolezal for Seattle alt-weekly The Stranger.

Although her book is U.S.-focused – chapters feature titles such as But What If I Hate Al Sharpton? and What Is The School-To-Prison Pipeline – the ideas contained within its pages should resonate in Toronto.

“Even in a multicultural city like Toronto, white supremacy still reigns supreme,” she says. “It’s very easy when you have a diverse group of people to think that structural diversity means ‘I’ve added up all the people of colour and it equalled this.’

“That surface level diversity has very little to do with how that organization is structured – we need to ask who’s planning it, who benefits from it, what that representational diversity actually means when you break it down,” she continues.

Oluo says there are similarities and differences between the systems of race and how they function in Canada and the United States.

“Many years ago, I watched the carding scandal and it all felt very familiar,” she says, referencing the ongoing activist push to ban the police practice of stopping Black and brown people who haven’t been accused of a crime, demanding to see their identification and then adding their names to a database. “And watching the way that Indigenous youth are treated when they’re killed by white people feels very similar to how Black people are treated.

“How the system itself works to disenfranchise Indigenous people versus how it disenfranchises Black people is very different,” she explains. “I had so many questions that I just want to corner someone to see how that system ends up working when you have a different racial landscape.”

She adds that, even within those landscapes, there are hierarchies in which people fit into different cultures, such as lighter-skinned people, or people who are of European descent, of African descent and Indigenous.

These questions will feed into her next book. While it will have a different structure than So You Want To Talk About Race, Oluo says it’ll be about race and gender, but will not spring from her personal stories. The topic of race is a continuing thread through Oluo’s work, and was initially spurred by feeling like the liberal white population of her city, Seattle, was erasing her Blackness.

“There’s a collective gaslighting around race that happens and it feels like you’re going crazy,” she says. “I was really writing with no intention of being a writer – just to reach my neighbours and coworkers and it took off from there.

“It’s the piece I can do,” she continues. “It’s the piece I have to do. I have a platform to say things that other people don’t have and I seem to have a talent for it. I would love to be exploring other things, but for now it defines my life more than anything else as it does for millions of others.”

When our interview ends, Oluo heads back into the conference to take in the next round of speakers. Perhaps what she gleans will end up as an insight in her next book. She’s got a whole host of new voices, new names and different experiences from which to learn.