What Wayson Choy taught me about queer life and chosen family

After performing with Queer Songbook Orchestra in 2016, the late Canadian author became a friend and my bridge to a queer past 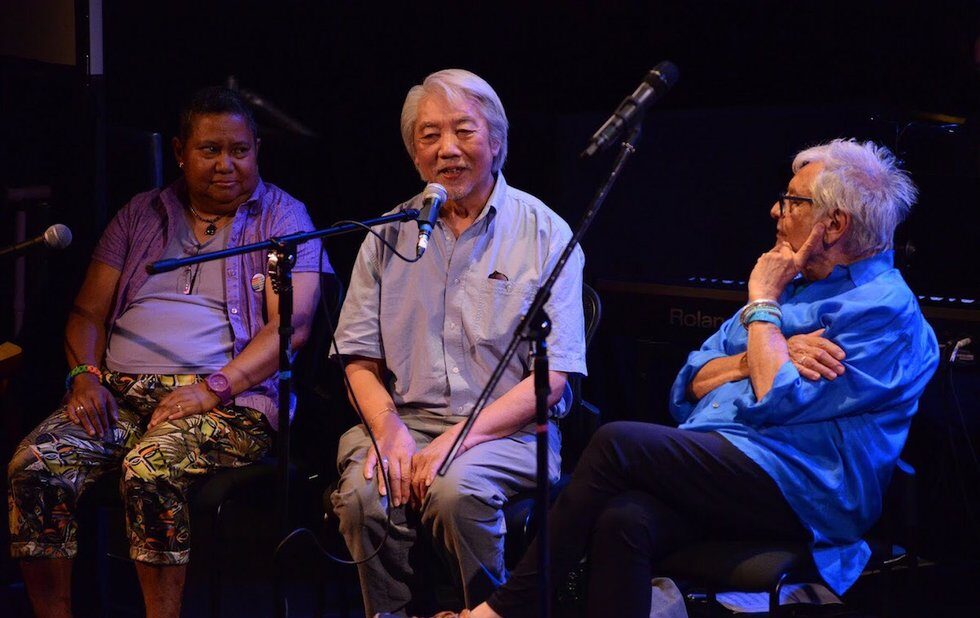 I got to know Wayson Choy sitting across the table from him over a series of meals in the later years of his life. We were introduced via email by Michael Erickson, co-owner of Glad Day Bookshop, in early 2016 when I was looking to connect with collaborators for my chamber-pop ensemble Queer Songbook Orchestra. I was organizing a show at Buddies in Bad Times Theatre for June 2016 that would pair storytelling and songs centred around the experiences of four queer elders to illustrate intergenerational queer lineage.

I presumed he would be an interesting bridge between queer past and present and could share experiences and wisdom with younger generations. Little did I know the theme of the show would continue offstage as a friendship until his death in Toronto on April 27, at age 80.

I sought Wayson out before knowing too much about him. I was aware that he was a gay man and a known literary figure – a bestselling author who broke down barriers for other Asian Canadian authors. His 1995 book The Jade Peony, about a family living in Vancouver’s Chinatown in the 30s and 40s, won the Trillium Prize and was a commercial success. He followed it with a sequel and two memoirs.

At our first breakfast meeting, Wayson, who was 76 at the time, agreed enthusiastically to collaborate. He also loaned me a book and upon returning home I discovered he had slipped a $50 bill between the pages. He told me later it was to help with expenses I may incur in getting the show together. This type of kind gesture, I would come to realize, was very typical of Wayson and how he gently encouraged those around him.

In our initial conversations, we talked about the format of the performance, what he would speak about and which songs he would choose for our ensemble to play and weave through his narrative. For a critically acclaimed writer, Wayson was surprisingly unconcerned with putting any words to the page, assuring me instead that he would feel the room and speak off the cuff. I trusted his instincts and we turned our focus to the songs we would play to frame his words.

His first choice was the pop standard (I’d Like To Get You On A) Slow Boat To China, released in 1948 when Wayson was nine and growing up in Vancouver’s Chinatown. He had dreamlike memories of hearing this song while nestled close to the radio at night, his mother playing mah-jong with friends in the next room. Young Wayson was lulled to sleep, suspended somewhere between a disconnected ancestral homeland and a birth country with active anti-Chinese federal policies.

Wayson said that when he was born his grandfather declared that he would be a lucky child. On stage with us that night at Buddies, flanked by our other guests LeZlie Lee Kam and Louis Negin, Wayson spoke of the luck and good fortune he felt had been present throughout his life. Being queer in itself was lucky, he said, in that when you live a queer life you discover who really loves you and who will stand by and support you, and you move through life with this chosen family.

He told the audience that since they were in that theatre with us, there must be something unique about them and some difficulty they overcame in order to find themselves in that space. He reminded us of the beauty in being different, and urged everyone to be guided by love, saying “If you’re still looking for it, don’t stop. If you’ve found it, don’t let go.”

Our meals and visits continued into the summer, long after the show at Buddies. Often we would meet at one of two favourite spots: a late breakfast at the Mad Dog Cafe or dinner at the Pearl Court Restaurant, both on Gerrard East near his home. It was easy to forget you were in the company of one of Canada’s most admired writers, such was the humble and gracious nature of the man. But often, when we attended a reading or play in the village, I would be reminded of his reputation when people would approach to introduce themselves and offer effusive praise. Wayson always gently deflecting with a humorous quip.

He had an adventurous spirit and was a curious observer of the world around him. He was funny (reading the prologue of his 2009 book Not Yet: A Memoir Of Living And Almost Dying gives you a sense of his sharp wit), he was intelligent and he loved to talk, our conversations often lasting a leisurely two or three hours. A little forgetfulness or confusion would creep in from time to time in these later years, but even then he had a self-awareness and humour, once signing off an email “Wayson, The Wandering Elder.”

We planned to collaborate again, this time on a QSO performance at the National Arts Centre in Ottawa in 2017. Weeks before, however, Wayson suffered a severe asthma attack and was ordered by doctors to stay home and rest. He emailed me just prior to the show, saying he would “be here in my kitchen, cheering and waving my cane in the air, in happy tribute to you all.”

In Wayson I found that bridge to a queer past, and a deep friendship and love. He reminded me of the value and simple beauty of just sitting across the table from someone. He taught me the importance of staying kind through whatever difficulties life may throw at you, and the value in connecting with and encouraging younger people along their paths.

I’ll think of him often and carry his spirit with me, and I’ll do my best to remember the impact of a small gesture of kindness.

Shaun Brodie is the artistic director of Queer Songbook Orchestra.