In Just Pervs, Jess Taylor writes about sex minus trauma 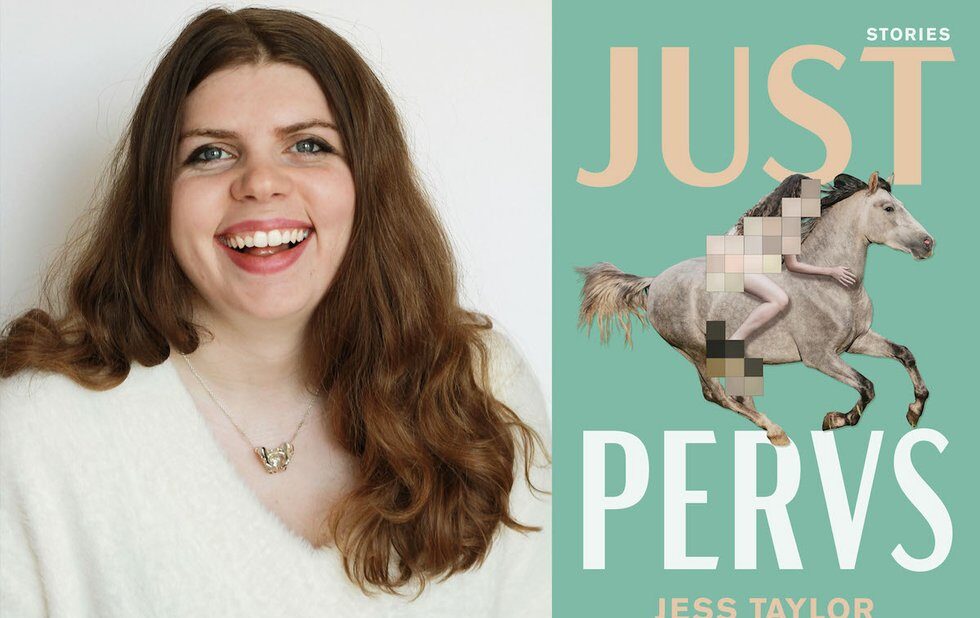 The collection revolves around six friends and their first-person sexual experiences. On the surface, some characters can feel familiar, if not reductive, like a woman who lacks self-esteem making bad decisions to feel good for a night. But as the sexual encounters unfold, the women find intimacy within themselves and grow closer to maturity.

Taylor is currently working on her first novel, Play, which follows Paulina, a character from her first short story collection, Pauls. We spoke with her about her approach to writing sex, bisexuality and bestiality.

What was the motivation for writing about women having sex?

When I was writing [my debut short story collection] Pauls, I felt that every time I was talking about sex it was about trauma. This was because it was what I was grappling with personally at the time, but it also made me realize that when looking at a lot of books, especially if we’re looking back before what our contemporaries are doing, sex by women was confined to being acted upon, whether in victimhood or just because it was filtered through a man’s perspective. I’m a very open and sexual person, and I realized I talked a lot about something I wasn’t writing about, maybe for fear of being judged, and decided that avoiding it was just perpetuating a certain kind of writing about sex, one that pretended women didn’t masturbate, have desires, etc.

I also wanted to write more about being bisexual – I’d often written about closeted sexuality, like in Paul  from Pauls – but as I was becoming more open with my family and workplace about my sexuality, I wanted to write about it more, especially about those painful stages of bisexual coming out/repression/being closeted like you see in [short stories] Just Pervs or The Stink.

Of course, the characters often led me in other places: “No, Jess, I want to be alone! I don’t want to have sex” or “Jess, what I really want is to stop drinking.” Or “Jess, can I please just go hang out with my family and go for a walk with my father?” And I obliged.

How did you approach writing sex scenes?

I’m driven by character so when I’m writing sex scenes, I focus on how the interpersonal relationship between the characters is impacting the interaction, the way the protagonist is feeling and how power is working. A lot of my characters are a bit caught up in their own thoughts, which impacts the way they describe and experience sex. Oftentimes, the protagonists’ needs for intimacy are overridden by their sexual interactions, which are often devoid of intimacy – the wrong solution to the problem of loneliness. This is different from loving, joyful sex in relationships, or even one-off encounters where sex can strengthen intimacy. There’s an emotional brutality to it in many of the stories.

Why write a story about bestiality?

While I was writing the collection, in 2015, a news story broke about a woman who was accidentally sent a video of her fiancé having sex with their dog. He went to jail and she left him. I recently had gone through a breakup that had left me with all the feelings you get after someone has hidden something from you, and I wondered, what if it was something criminal? Could you get to a point of forgiveness? What if you were kind of a bad person who had also been lying, like the character of Penny [in I Moved Out When I Caught Him With The Dog]? That was my jumping-off point.

Did you consciously choose not to develop the protagonists’ relationships with people other than who they were having sex with?

In stories where this happens, like The Stink, that was definitely intentional. I once had a male friend say his version of heaven was a place where everyone could have sex with each other without worrying about feelings. I said [that] was my version of hell. The fact that the protagonist is reduced to her sexual relationships or obsessions without any real connection makes it so we can feel her loneliness in the stink that won’t leave the town, in the heat.

In other stories, the central relationships surprised me. I was using sex as a way in, but not always the way out. For instance, in Winter Banger and Tight ’N’ Bright, the relationship at stake is really the friendship of Kylie and Sam, which we watch deteriorate. In I Moved Out When I Caught Him With The Dog, the key relationship is really between siblings Penny and Lisa.

Who are you reading right now and excited about?

This year, my favourite book was Milkman by Anna Burns. Other standouts included Freshwater by Akwaeke Emezi and On Earth We’re Briefly Gorgeous by Ocean Vuong. The writer I’m most excited about is one to watch – she’s currently working on her first novel – Sofia Mostaghimi.