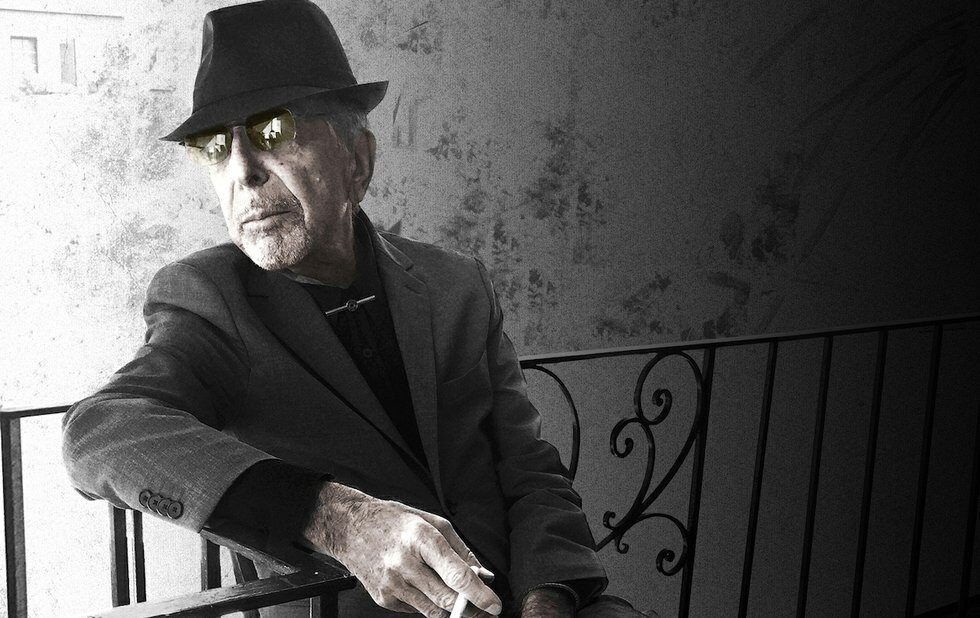 In The Flame: Poems And Selections From Notebooks (McClelland & Stewart, $32.95), the late singer/songwriter, poet and novelist’s last book of poetry, lyrics and miscellaneous notes, he emphatically writes that West is not an artistic giant, like Picasso. “I am Picasso,” he writes in Kanye West Is Not Picasso, before adding “I am Edison / I am Tesla.” It’s a bold move – triumphant. Profound, even. To make Kanye’s greatness smaller, Cohen made himself bigger. He has the bigger ego. I almost believe him.

You can picture Cohen living in Los Angeles, not far from West, seriously contemplating the once visionary rapper who, today especially, wreaks havoc on the culture.

Kanye West is not even the Kanye West he believes he is, Cohen tells us. “I am the Kanye West of Kanye West / The Kanye West / Of the great bogus shift of bullshit culture.” While Cohen has been dubbed the “godfather of gloom,” the kind of introspective writer who toiled in pain purposefully, he still – and always – had sharp thoughts about the culture around him, evolving as he grew old. This poem is, curiously, perhaps not unlike Patti Smith’s Instagram posts: a legendary literary figure and musician who meticulously inspects popular culture and infuses a voice of concern or tenderness upon it. The poem Kanye West Is Not Picasso exemplifies the attention Cohen paid to the world around him – and how it disappointed him so.

The Flame is a hard read for a Cohen fan. He died on November 7, 2016 at 82. He released his last, critically acclaimed album, You Want It Darker, just a few weeks before. He was the subject of a massive New Yorker profile by David Remnick in those weeks, too, which was Cohen’s last journalistic imprint on the world – and what we thought was the last chance to read his voice in print. And then he was gone. For a man who dedicated his work to the grim ennui of life and death, that he is in fact really gone is too silly of a thing to say. It still feels like a joke that death finally got our man.

Cohen gathered these selections of poems before he died. They don’t have a chronology (the Kanye West poem is dated March 15, 2015, for example) but his editors and his son, Adam, tried to arrange them how Cohen would have wanted. (A posthumous album is also due in 2019.) The book includes hundreds of illustrations found among the notes Cohen left behind. Often these self-portraits, which look like quick sketches, show a man aging rapidly and observing – albeit imprecisely – how his life has unfolded and what he has done with it. Perhaps the drawings reflect how Cohen saw himself, and they suggest a person can never truly draw an accurate self-portrait.

Similarly, poetry doesn’t always provide true clarity. It’s not immediately apparent from the text what Cohen’s last years and moments were like. You can infer, project and even hope you know, but the clever Montrealer won’t make it easy for you here.

Many of Cohen’s poems throughout his lengthy literary career, and especially in this last collection, reckon with mortality in a visceral way. The last third of the book contains scattered notes, unfinished poems, thoughts and concerns. This section provides a glimpse into Cohen’s innermost anxieties. His work was always concerned with a specific kind of honesty – about sex, love, despair, religion – but it still always felt like he held back, protected behind an invisible barrier. These notes and poems are exhaustive, with dozens of pages reading like run-on sentences, zipping through a stream of consciousness that spanned decades, not just his final years.

The Flame is effective and familiar. Even the unfinished work lands well. Cohen’s last text message on November 6 is included. “Blessed are the peacemakers: for they shall be called the children of God.” It’s a line from the Bible, and so specifically Leonard Cohen that it’s devastating.