The Jamaican writer's adventure-fantasy Black Leopard, Red Wolf is already being adapted into a movie 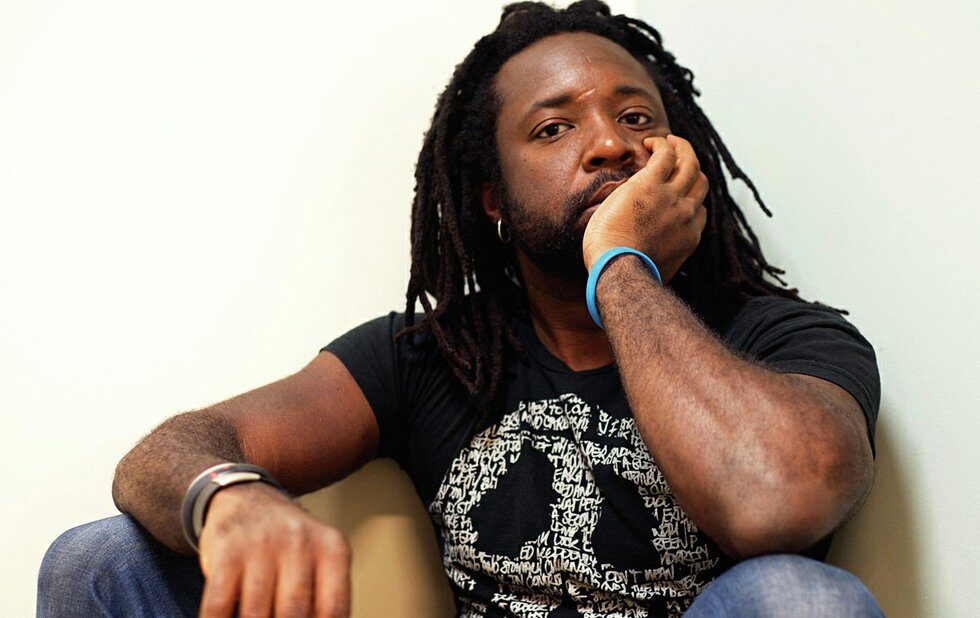 Marlon James is on fire. With his fourth novel garnering heaps of attention and praise, the Man Booker Prize-winning Jamaican writer is seemingly everywhere.

But it wasn’t always this way. James can easily recall when writing was the last thing on his mind.

“At one point I actually gave up on the idea of being a writer,” says James via phone from his Minnesota home. “I tore up my first manuscript after it was rejected 78 times.”

But that was then. Like Tracker, the keen-nosed bounty hunter narrator in search of a missing child in his novel Black Leopard, Red Wolf (Doubleday Canada, 640 pages, $36.50), James has doggedly continued his mission. In his latest work, he explores and unearths forgotten mythologies and folklore, coming up with an African adventure-fantasy filled with mystery, wonder and power. I spoke with James about the influences, research and creative toil that went into creating such an imaginative universe.

Black Leopard, Red Wolf is filled with shape-shifting phantasmagoric characters. How did you invent them, along with the book’s setting, imagery and feel? Was film a source of inspiration?

It came about by doing a lot research. I spent two years researching before I wrote a single line. I wanted to go back to African mythology and history – pre-Christianity, pre-Islam, pre-colonialism, pre-slavery – before the corruptive influences of Europeans. By going back to this history, I ended up in a world that was super sensory, sensual and erotic, in all the connotations of that word. It got to the point where the research was directing the book. Yes, cinema is a huge influence for me. But Africa has been mostly depicted in two ways in film: either it is romanticized with beautiful animals, or it’s a really slummy place. So I wanted to imagine an ancient Africa that offered more than that.

The book reminds me of Wole Soyinka’s novels and plays which feature deities, animist legends and tales. What African literature did you read in preparation for this work?

I read Soyinka’s translation of D.O. Fagunwa’s Forest Of A Thousand Daemons, which is a very important novel, the first written in the Yoruba language. I was hugely influenced by it. I also read Amos Tutuola’s My Life In The Bush Of Ghosts. These are novels that have a twenty-year jump on the arrival of magical realism. But many authors have rejected that label. Gabriel García Márquez said he wasn’t writing magical realism. He said he was writing his reality. I have to agree with him.

You spent over two years researching this book and almost a year and a half writing it. What does that kind of literary production look like on a day-to-day basis?

I write three days a week – Monday, Wednesday and Friday – from about 11 am to 6 pm. I stick to that no matter what. Kudos to people who only write when they’re inspired. I haven’t been inspired since the first Bush administration [laughs]. I write because I have to pay the bills. I can’t wait for inspiration. I’ve written books when I’m having a wonderful time in my life, and I’ve written books when I was going through a really rough time. And when I compare them, they’re pretty much identical. So I’m a big believer in getting in there and simply doing the work. Dancers don’t need this lesson. Painters don’t need this lesson, nor do musicians – they all understand the importance of practice. But I think writers sometimes don’t understand that writing is work.

This novel has a strong historical pull and weight, as though you’ve taken us back to an ancient Mali or Dogon period. But I’m curious to know what contemporary issues or themes intruded upon your writing?

Absolutely none. I really resisted that. If readers draw parallels with what’s happening in our times, it’s because human nature hasn’t changed. I think Margaret Atwood said human nature hasn’t changed in over 1,000 years. I think looking for allegory is a lazy way of reading speculative work. It’s not always a commentary on our times. I think if the reader takes ownership of a story and draws parallels, then that’s a wonderful thing. But I didn’t set out to do that at all.

For example, a lot of people think the queer aspects of the book were the result of my weaving in my own interests. But that wasn’t the case at all. A lot of that was the result of the research, where I found examples of African societies that were pretty accepting about homosexuality, accepting that queer people had an important role to play. Those are some of the most retro aspects of the book, which were very affirming as a queer person, a wonderful discovery.

Truth-telling, multiple perspectives and the reliability of testimony are central themes in your books. And yet we live in a period where credibility and veracity are always being questioned and interrogated. What interests you in crafting stories from multiple perspectives?

One of the interesting things about ancient African, Indian, Asian and other non-European forms of storytelling is the idea that the trickster is telling the story. These forms require a little more discernment from the reader, a little more smartness. The reader should know that the storyteller may be telling the truth or they may be a deceiver. But the reader has to decide whether to accept or reject the story. A lot of folk stories work this way. Because truth-telling is always shifting, truth-knowing has to stay constant. It’s a very Western idea to look for veracity in a story simply because it’s being told. It’s interesting how our ancestors, who were immersed in oral traditions, were in many ways better at discernment than we are.

Michael B. Jordan has bought the movie rights to the book. What kind involvement will you have in the film adaptation?

I’m pretty open about that. I’m not a screenwriter, and I wouldn’t presume to tell a screenwriter how to do their job. At the same time, it’s still a young book, and I’m pretty protective of my vision. I have some clear ideas about how that world looks. But I also really like when people come up with their own ideas. If 200 people read the book, that’s 200 different visions of that world. I think that’s fascinating.