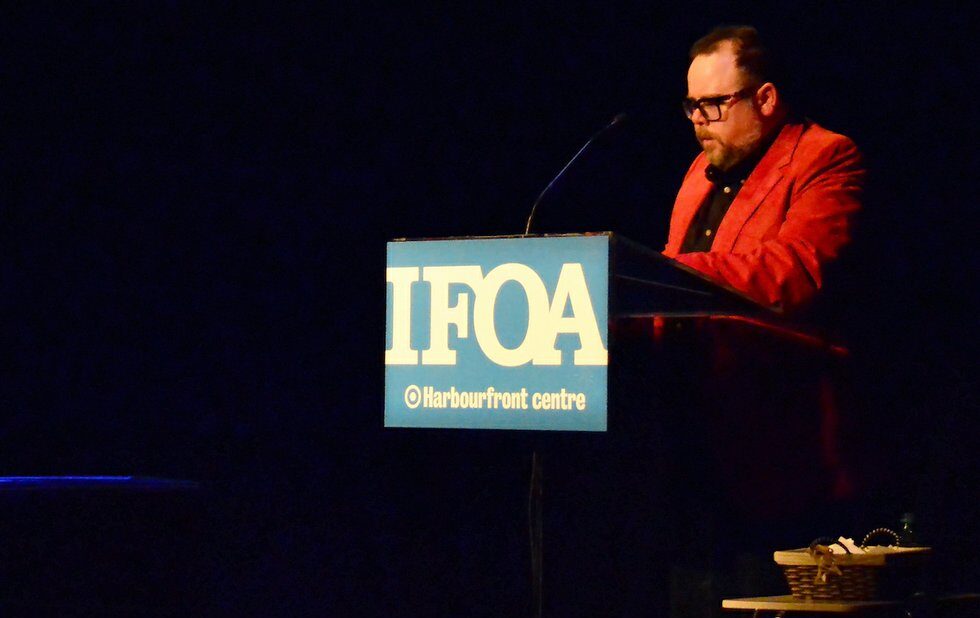 Paul Vermeersch won the 10th annual Battle Of The Bards and that’s a good thing for a few reasons.

The Toronto-based poet is known for his passionate commitment to supporting poets. From 1998 to 2003, he organized the I.V. Lounge reading series, bringing poets from all over the country to Toronto showcase their work, and remains an influential and skilled editor.

And, from where I was sitting – I was the event’s host – Vermeersch was the class act of the 19 poets who competed before a packed house in Harbourfront Centre’s Brigantine Room on Wednesday, March 28. This year’s judges were International Festival of Authors (IFOA) director Geoffrey Taylor, assistant programmer Zviko Mhrakayakora and last year’s winner Stuart Ross.

Clad an in not-quite-neon orange blazer, he showed terrific presence reading from his book Don’t Let It End Like This Tell Them I Said Something (ECW Press), a collection of poems that shrewdly mixes observations on representations of the apocalypse in movies and everyday life.

Not that there weren’t other excellent performers in the program. Runners up Angela Hibbs, Margo LaPierre, Karen Mulhallen and Caroline Szpak were also strong. And I thought First Nations writer David Groulx, who sported a Cleveland Indians baseball shirt, was impressive. An honourary mention went to French contemporary poet Stéphane Bouqet.

Vermeersch won a spot on the docket at next fall’s IFOA and an ad for his book in NOW.

The event’s attendees, always enthusiastic, were especially vocal last night, applauding their favourites in the hopes of influencing the judges. In IFOA’s press release, chief arbiter Taylor, said expressly that he was convinced only by the work and poets’ interpretations.

He’s serious, I’m sure, but he can’t help but be happy with the avid audience.