NOW MagazineCultureBooksEnjoy reading magazines? Now you can watch one unfold live on stage

Enjoy reading magazines? Now you can watch one unfold live on stage

Pop-Up Magazine, a show that recreates the experience of reading a general-interest magazine for an audience, is coming to Toronto for the first time 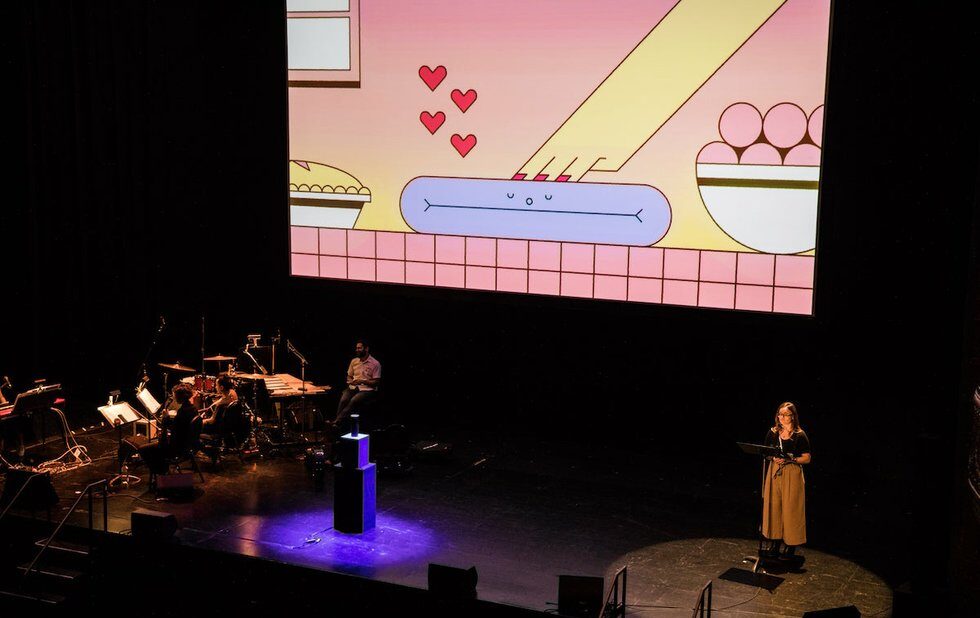 Reading a magazine is usually a solo, at-your-own-pace experience. But an American stage show coming to Toronto for the first time this week is reverse-engineering the magazine format for a live audience.

Pop-Up Magazine’s fall tour – one of three each year – comes to Toronto for the first time, bringing together writers, radio producers, photographers, filmmakers, musicians, illustrators and other creatives to perform a general-interest “live magazine.”

Started in San Francisco in 2009, the events are never recorded nor available to be streamed online. In other words, you have to be there. At the end of the night, the audience joins the storytellers for drinks and conversation.

Yowei Shaw is a producer for the popular NPR podcast Invisibilia and a long-time fan turned performer, and is both terrified and elated to share her story on stage next week.

Used to the precision of recording and editing for radio, Shaw is nervous about the unpredictability of live storytelling, but also excited to feel the audience’s presence as her multimedia narrative unfolds.

Shaw goes to Pop-Up Magazine every time it come to Washington, DC. This time, she will be the one on stage, performing a story about something strange that happened when she was working with students on a DIY media project in Philadelphia six years ago.

The incident has bothered her ever since. It involved her tracking down a former student to find out what really happened. Having done only one live storytelling gig previously, Shaw is both terrified and excited to perform in Toronto. (Shaw will also explore it on an upcoming Invisibilia episode.)

But it isn’t just the unpredictability of live storytelling that is different. It’s also the experience of connecting with the audience.

“[With radio] you hear how people react second-hand, like maybe on social media, but it’s not that kind of immediate feedback that you get with a live stage show,” says Shaw. “What they laugh at, which hooks land, which hooks don’t land. You also feed off the energy of the audience. That fuels you as you go through the story.”

Anita Badejo, a former features editor for Buzzfeed and now a senior story producer and host for Pop-Up Magazine, is excited to bring the show to Toronto because of the city’s vibrant arts and culture scene.

The live magazine idea originated from co-founder and editor-in-chief Doug McGray’s love of feature storytelling, his work on This American Life and confusion over why his writer and producer friends didn’t interact more with one another.

“Think of it as a podcast, a documentary film, a concert, a clay and photo exhibit… kind of all wrapped up into one,” says Badejo, adding that the audience should prepare for a mix of emotions.  “Expect beautiful visuals and photography and film. They can expect to hear original music by our in-house band Magik*Magik Orchestra. And they’ll hear beautifully written words.”