Here are some titles, published over the last year, to be proud of 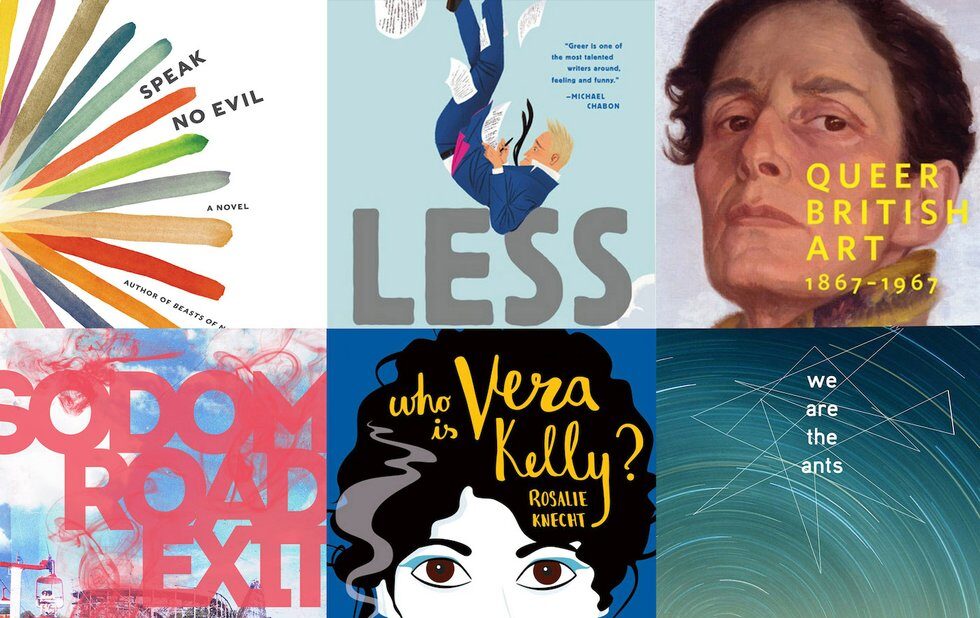 Winner of the Lambda Award for her novel Sub Rosa and the Dayne Ogilvie prize for LGBTQ writers, Dawn turns up with this supernatural thriller set in a beach ghost town. In 1990, appropriately alienated Gen-Xer Starla returns home to Crystal Beach assuming her massive debt and drama-laden relationship with her mother will be her biggest problems. But something more horrifying is haunting the town. Here’s a supernatural thriller with a side order of queer desire.

Casey Plett follows up her short story collection A Safe Girl To Love with this novel about a 30-year-old trans woman, Wendy, who finds out that her devout Mennonite grandfather might also have been trans. Laced with haunting monologues from its perpetually disheartened protagonist, Little Fish is a huge contribution to a the small canon of works by trans women authors. But though it reflects the reality of a marginalized population, it is definitely not for trans readers only.

SPAWNING GENERATIONS: RANTS AND REFLECTIONS ON GROWING UP WITH LGBTQ+ PARENTS edited by Sadie Epstein-Fine and Makeda Zook (Demeter)

This collection of essays by people reared in LGBTQ families is diverse, bold and inspiring. It goes way beyond the predictable narratives of shame to triumph – kids have a secret, tell the truth, get bullied, struggle, prevail – to shed light on complicated challenges of being queer spawn. Groundbreaking and insightful. Read more about the book here.

Stories by lesbian poet Smith marry African-American mysticism and speculative fiction – get ready for goddesses galore, magic healers and much love between women. Smith makes even the most bizarre premise credible – a woman’s heart jumps out of her body to coach her on her lovability, for example – in tales that are whimsical, sensuous and imaginative.

A Nigerian teenager comes to America to attend school and wrestles with coming out, both to himself and his family. The follow-up to the author’s Beasts Of No Nation has an experimental tinge to it, with no quotation marks, for example, but that doesn’t take away from its emotional impact.

TOMORROW WILL BE DIFFERENT: LOVE, LOSS AND THE FIGHT FOR TRANS EQUALITY by Sarah McBride

This moving memoir from McBride, the first openly trans person to speak at a U.S. political convention (2016, the Democratic meet, of course) is both a very personal and political account of trans experience and activism. McBride was instrumental in helping to pass legislation in Delaware that banned discrimination against trans people and is currently national press secretary for the Human Rights Campaign, but she gives equal weight to her own coming-out narrative. This is an American story but an important one.

Since NOW unveiled last year’s list of must-read queer books, Greer snagged the Pulitzer Prize for this satire of an American trying to revitalize his life while travelling abroad. It all starts with an invitation to his ex’s wedding in Paris. Soon, failed – and aging – author Arthur Less, among other wild events, will survive a Saharan sand storm, almost fall to his death in Berlin and, possibly figure some things out for himself.

WHO IS VERA KELLY? by Rosalie Knecht (Tin House)

There’s huge buzz for this espionage thriller, set in 1962, in which a radio DJ working in Greenwich Village is recruited by the CIA to spy on radicals in Buenos Aires. (The CIA did this kind of thing chronically in the 60s.) Vera has no idea what she’s getting into and ultimately finds herself questioning everything, from her political values to her queer identity and beyond. Critics, including the New York Times review, have been rhapsodic about this one.

WE ARE THE ANTS by Sean David Hutchinson (Simon Pulse)

A teenager is abducted by aliens who give him the option to destroy earth or save it. Henry’s had a hard life – boyfriend’s suicide, mum’s alcoholism, just for starters – so he’s not sure which way to go. The surge in YA queer books is one of the most heartening developments on 2018’s literary scene. I could put the spotlight on more than a dozen releases but choose this one because its sci-fi plot has a strong reality-based drive.

Homosexual acts may have been illegal in the UK until 1967, but that didn’t stop queer visual artists from creating spectacular works of art – even if the gay references were deeply coded. Barlow surveys the best creators making art in Britain during the century before queer sex was decriminalized, including Ethel Sands, Francis Bacon and David Hockney, in a book that’s both beautiful and insightful.