Rachel Matlow on their mom’s death, Ghomeshi and being vulnerable

Author opens up in memoir about love, loss and delving into all the uncomfortable aspects of their life 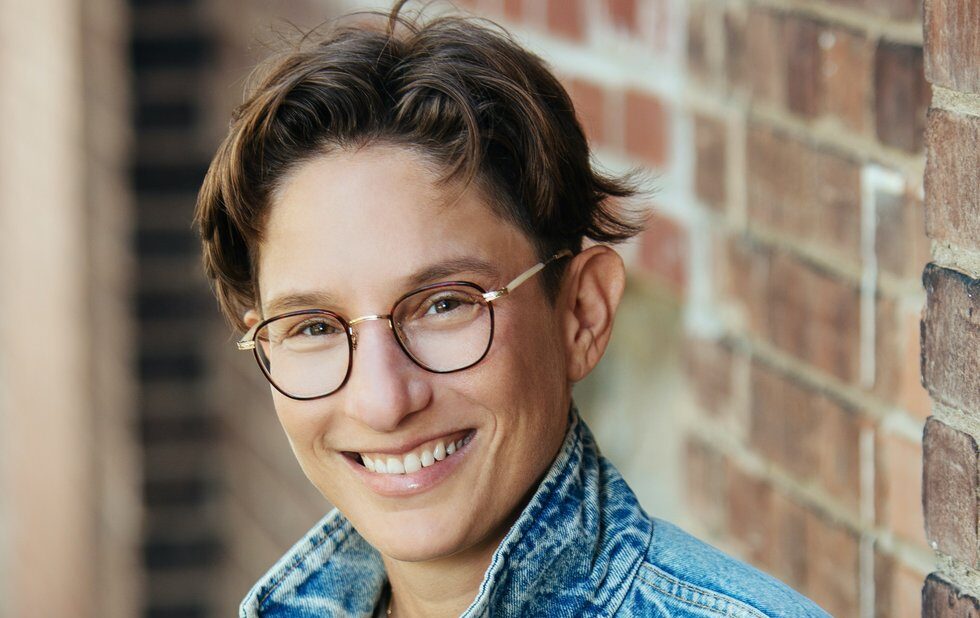 Rachel Matlow’s memoir, Dead Mom Walking (Viking/Penguin Random House, $24.95, 320 pages) lives up to its label as a traumedy – a traumatic comedy. Matlow recounts the five-year period from their mother Elaine’s diagnosis to death from cancer, speckled with childhood tales and lessons learned along the way.

Elaine’s rejection of medical treatment for her diagnosis works as fodder for Matlow, who clearly used humour as a coping strategy and a tool for telling this story. But it’s not all LOLs. I found myself crying throughout, especially at the memoir’s close, and not because of its obvious ending.

Matlow really plunges into the scary territory of vulnerability with stories of how they were parented, how they deal with romantic intimacy, and how easily they were manipulated into silence by former boss Jian Ghomeshi during his time as host of CBC’s Q.

Ahead of the book’s release, I spoke with Matlow about vulnerability, Toronto as a backdrop for an interesting life and what it means to be pro-choice.

I’m curious to know how Elaine would be handling the pandemic.

My mom would’ve happily been staying at home reading books through this.

How long did it take you to write the book? Did you start writing while your mother was still alive? Did writing support you through grief?

It took me two years to write the book (I also had a day job for most of the time).

I didn’t start seriously writing the book until a year and a half after my mom died. At first I thought I’d write a funny book about my funny mom and how she tried to cure herself with herbs and magic. I certainly didn’t expect it to become about my adventures in therapy. (That wouldn’t have sounded like fun to me.)

But I think a part of me knew I needed to figure things out. In the aftermath of my mom dying, I was disoriented. I spent a lot of time ruminating over everything, including what I could’ve done to save her. So my goal in writing the book was to make as much sense of it as I could, and then literally be able to place it in an object so I wouldn’t have to carry it around with me anymore. But I had no idea how many threads I would pull on, how deep I would go. 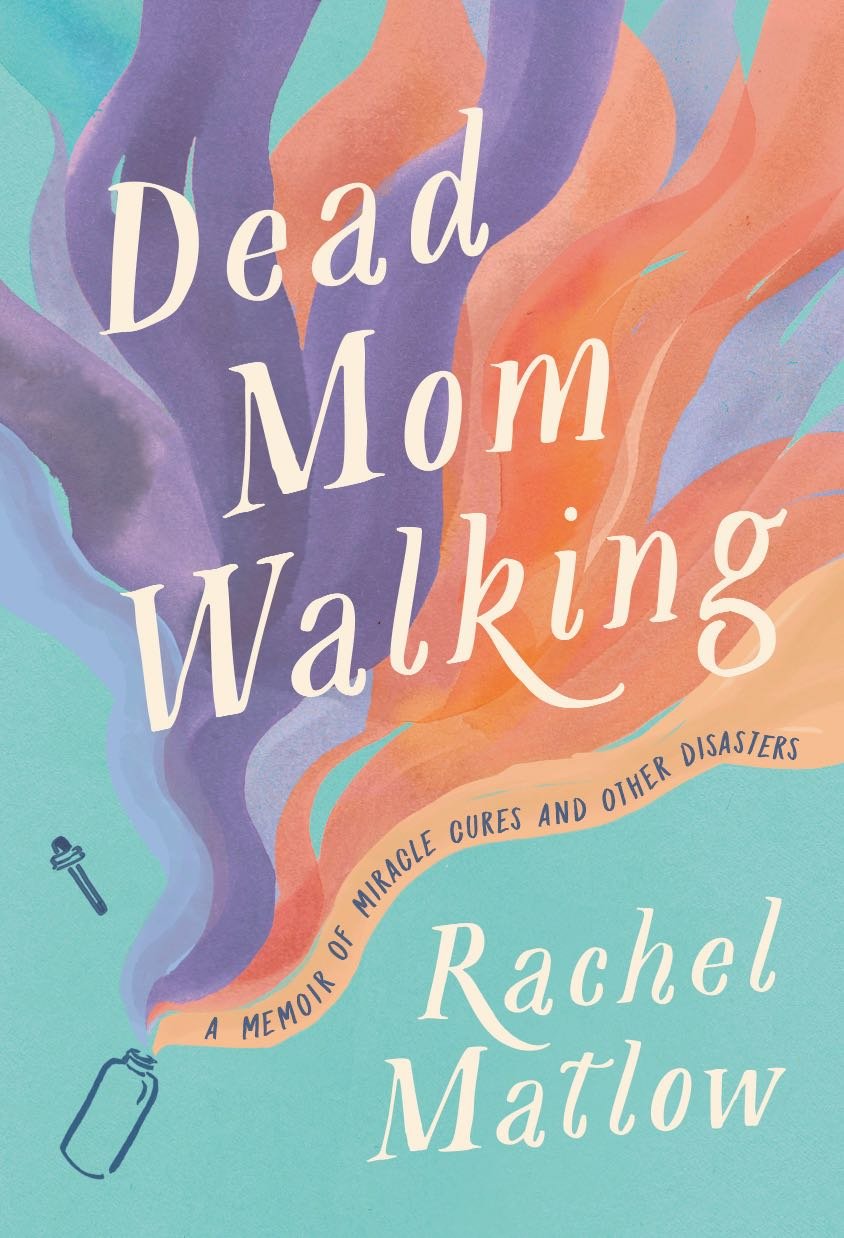 The last section of the book basically happened in real time. I would literally bring my laptop into my therapist’s office and go over scenes I’d written with her. I’d ask her, “What is really going on here?,” and we’d talk it out. Perhaps I took a journalist’s approach to writing my memoir—I drew on various source materials and meticulously held up and questioned each puzzle piece. I ended up coming to some big realizations. And once I made as much intellectual sense of everything as I could, there was nothing left for me to do but sit with my emotions. It was what my mom told me to do (even if she didn’t always do it herself).

I think the healing came as a result of digging deeper into the story than I had expected, sitting in therapy week after week and delving into all the uncomfortable stuff. So I’d say it was the journey that I went on – as a result of deciding to write the book – that helped me move through the grief. I’m more at peace now… not totally, but much more than before.

You’re someone who isn’t comfortable being vulnerable, and yet you’ve chosen to write a memoir about loss. What was this like for you?

Who is comfortable being vulnerable? I think the very nature of vulnerability is that it’s uncomfortable.

I’d say I tend to think instead of feel. I’m a chess player. I’ve always relied on my logical-thinking skills to make sense of the world. So writing the book – going over everything that happened again and again – allowed me to get more in touch with my emotions. It’s interesting… I think I was running off of adrenaline in the final months of my mom’s life… plus there’d been years of suppression. So revisiting everything forced me to process my grief in a more unfiltered way. In some ways I felt the pain more intensely the second time around (as if the sheer act of writing wasn’t painful enough ha).

Which aspect of your story – work, your mom’s cancer treatment and passing, and your romantic relationship – was the hardest to be vulnerable about?

Well, I actually put off writing the Jian stuff until the end. I even used a pen name for Jian while writing the first draft because his name causes me anxiety. Of course my mom dying was so much sadder and more painful, but there was no question that we loved each other enormously. So even when I felt upset with her, it was always within a larger framework of love. But with Jian, there was no love – only anger, betrayal, and sadness.

Has your relationship to vulnerability shifted?

I hope I’m getting better at trusting how I feel as much as I think.

You come from a family of city builders, firmly rooted in Toronto – a teacher (mother, Elaine), a judge (father, Teddy), a councillor (brother, Josh) and you’re an arts journalist, of privilege and exceptional life circumstance. Yours has not been an ordinary life. In the memoir I read the ways in which Toronto has shaped you, and your relationship with your mother.

The story is very grounded in Toronto. Especially when I was growing up, I saw how Toronto was so often used as a stand-in for other major cities in movies. So I wanted to consciously acknowledge my hometown, to give it the credit it deserves.

What do you hope that sharing your story achieves, for you and for others?

I certainly hope it connects with others, but for me, I’m really happy to have just written the book. I already achieved what I set out to do.

What was your urge to fill in the blanks with your mom’s friends, after her passing – when you contacted them to fill her story in?

I had a bunch of big revelations about my mom, especially in the last part of the book when I began digging into everything that happened with my therapist. I wanted to run my theories by my mom’s friends to see if they resonated.

You wrote about watching the excellent Danish political drama Borgen. What TV shows are you watching right now? What’s the last show that you binge-watched?

I’m currently loving the HBO doc series McMillions. It’s so good! The characters are amazing. You just can’t make this stuff up! I loved Jane Marie’s podcast The Dream. The second season resonated with me a lot. It’s all about the wellness industry and magical cures. The last show I binge-watched was Mae Martin’s new TV show Feel Good.

I assume that you (and your mother) are pro-choice, in the general sense. I’m wondering if you grappled with that, as you clashed with your mother’s choices for treatment, knowing that she was not going to recover? And if so, why didn’t you discuss this in the book?

One response to “Rachel Matlow on their mom’s death, Ghomeshi and being vulnerable”