The characters in Kristen Roupenian's fascinating short story collection, You Know You Want This, make one bad decision after another 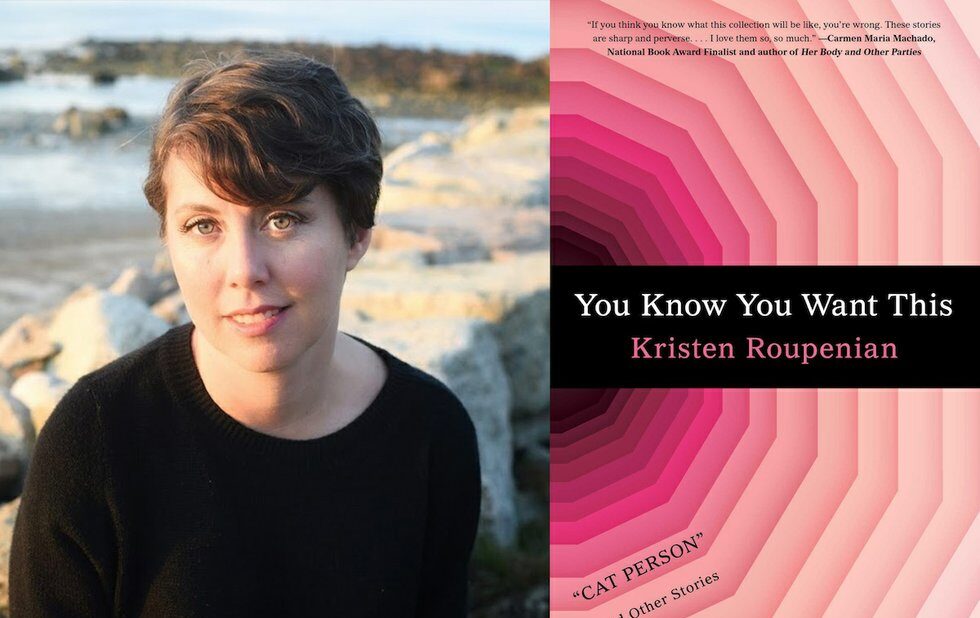 YOU KNOW YOU WANT THIS: CAT PERSON AND OTHER STORIES by Kristen Roupenian (Scout/Simon & Schuster), 225 pages. $32 cloth. Rating: NNNN

Based on her interviews, Kristen Roupenian is a totally lovely person. On the page, however, she is anything but warm and toasty.

The title of her collection of short stories – most with a variation on reprehensible human behaviour from mild to extreme – says it all, especially given that none of the tales is called You Know You Want This. Roupenian is daring us to resist her awful characters. I bet many readers won’t be able to.

Her short story Cat Person, included here, went viral when it was published in The New Yorker, garnering more clicks than anything else in the magazine in 2017 with the exception of the original investigative piece on sexual predator Harvey Weinstein.

The story captures the zeitgeist big-time as she describes in detail Margot’s less-than-honest interactions with the unprepossessing Robert. She pretends to like him, agrees to go on what turns out to be a snoozy date, has terrible sex and then dumps him like a used Kleenex. Roupenian’s message? Sexual transactions can get ugly. Even more galvanizing to readers was the idea that when you get inside the heads of some women, you find out they can be very mean.

Roupenian took heat for Cat Person – mostly from readers who couldn’t distinguish between an essay and a work of fiction – but she did what any great writer should do: she kept on writing. The centerpiece of her new collection is The Good Guy, the story of Ted, who masquerades as a nice man, and who, like Margot, launches into a relationship – this one more long-term – with a woman he loathes.

I don’t think it’s a coincidence that Roupenian has since come out as queer. Though she was in a straight relationship when she wrote Cat Person, it reads like it’s written from a queer perspective, which tends to have an outsider, clear-eyed view of heterosexuality. Like Margot, many queer women not yet out (pre-lesbians, or whatever you want to call them) experience straight sex, even with nice people, as something that’s been forced on them by the pressure to conform to heteronormativity. (See also the late Adrienne Rich’s brilliant essay Compulsory Heterosexuality And The Lesbian Experience.)

Still, both stories are about people who can’t stop themselves from treating people unfairly. What makes the material so intriguing is that these are not people with no agency, but people who appear to be conscious of what they’re doing and continue to do it, complete with all manner of excuses – made believable – for doing what they do. It’s a fascinating trick, and only a writer as good as Roupenian could pull it off.

Another story Death Wish, about a man who meets a woman on Tinder who demands he physically assault her – and violently – before they hit the sack, looks like it’s going to unfold in the same vein but its variation suggests that Roupenian is far from a one-trick pony. The narrator is plainly a badly damaged soul, living in a motel room with his best friend, the bottle. But where the three stories converge is on the fact that their central characters make one bad decision after another.

That’s true, too, of Look At Your Game, Girl, the most suspenseful story, in which a 12-year-old meets a man who could be a dangerous predator. But we don’t have the same judgment toward a pre-teen who puts herself at risk as we do adults who make excuses to themselves for why they persist in being destructive to others.

There’s more nastiness in other stories: in The Boy In The Pool, a woman plans a bachelorette party for her teenaged crush. A woman casts a spell in The Matchbox Sign in the hopes of finding love and then gets greedy. The couple in Bad Boy can’t resist getting sadistic with a pathetic man grieving a lost relationship. In Biter, the titular character figures out how to get her fleshly fix and be declared a hero at the same time. It’s Roupenian’s supremely ironic take on the impact of #MeToo.

But it’s not all upsetting in these ways. There’s some loving behaviour in Scarred, about a woman living with a mysterious, debilitating itch while her boyfriend tends to her.

The only duds come when The Night Runner, Sardines and The Mirror, The Bucket And The Old Thigh Bone leap into the magic realism and horror realms.

Roupenian doesn’t need gory fantasy or the supernatural to make you feel uncomfortable. Her real people are scary enough.