You can hear from Rose McGowan pretty easily these days without having to read her book. You can also read. 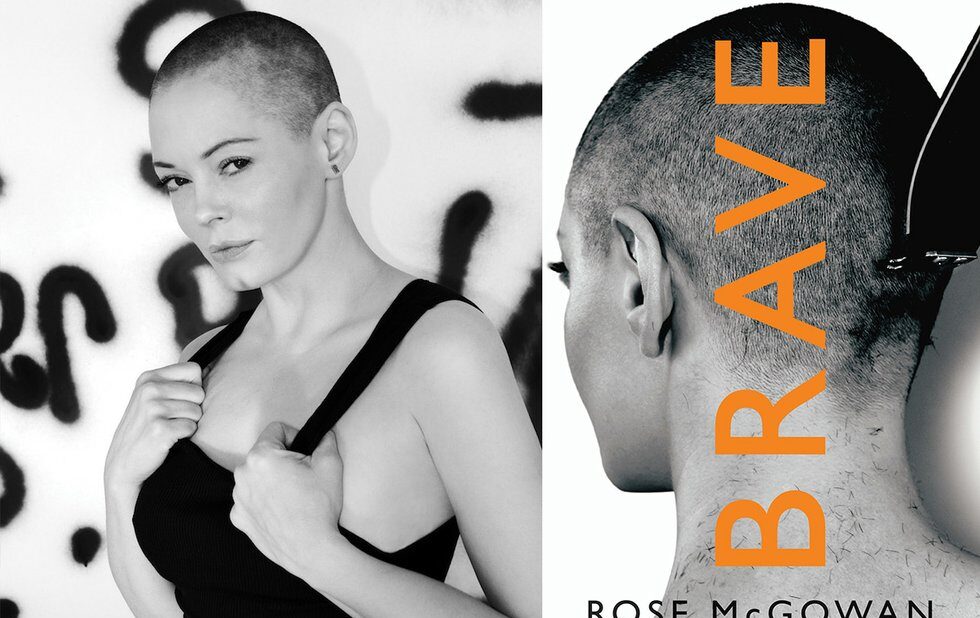 You can hear from Rose McGowan pretty easily these days without having to read her book. You can also read lots of hot takes on said book. What Brave offers is context for her special brand of explosiveness.

The thought that circled in me over and over again as I read McGowans memoir was trauma can really fuck up your life.

The former film and TV actor has faced lots of it, beginning with a childhood set in a hyper-sexual cult in Italy called the Children of God, in which her father was a powerful member and which contained so many women that McGowan as a child didnt have a firm grasp on my mother as an individual.

Her father went on to take another wife and, after the cult began encouraging adults to have sex with children, abandoned it, moving his family back to America. He also abandoned McGowans mother, who had to find a way to escape the Children of God and relocate back to America on her own, which she eventually did. McGowan was shuffled between states and relatives.

With no stability or nurturance, she ricocheted between bad to worse situations, eventually landing in youth-sex-and-beauty-obsessed Hollywood, where she continued to witness the tossing away of women and, near the start of her career, allegedly endured a sexual assault by movie mogul Harvey Weinstein that caused damage on an incredible number of levels most recently, the suicide of McGowans former manager, Jill Messick. Last week Messicks family called out McGowan and Weinstein in a scathing letter that links their very public battle to Messicks death.

McGowan tells her story at breakneck speed, veering from one violating experience into the next, sentences bristling with justifiable indignation. She has a lot of valuable things to say: about Hollywoods terribleness, the complicity, the gruelling filming and promotional schedules. (She tells a harrowing story about the making of Planet Terror with her then-boyfriend/director Robert Rodriguez that entails 4-inch heels, a heavy leg cast, a back bend over another actor and damaged nerves in her arm.)

In the book, she refers to Weinstein only as the Monster. It was her accusation that led to the exposing and downfall of many other powerful figures in the entertainment industry. She did not start #MeToo credit for that goes to Tarana Burke but her contribution is a vital part of this current moment, a moment that has been essential, empowering and change-affecting.

Less talked about is #MeToos capacity for retraumatization. When a survivor dredges up past abuse, those experiences can come alive again all the bad feelings, all the memories. That has a way of throwing off hard-won equilibrium. McGowan inadvertently speaks to this in a section of the book that highlights what a mind fuck acting can be having to turn on and off emotions at a directors whim, along with whatever haunting memories are required to access them.

And then other survivors on the receiving end of those stories remember their own stories, and the domino effect goes on and on. The average woman right now could use a lot of support and empathy. That includes McGowan, though its becoming increasingly hard to offer it.

She seems perma-triggered, both on the pages of Brave and in recent interviews. Her book tour, including a Toronto date, was cancelled after an audience member in Manhattan called her out for transphobic comments made on RuPauls podcast last July, leading McGowan to engage in a heated exchange. Shes been called out for racism after a since-deleted tweet that invited her followers to replace the word women with the n-word. (She later blamed that in part on smoking weed, oh boy.) But trauma is no excuse for transphobia or racism, for a feminism lacking in intersectionality.

As #MeToo continues to unearth abuses and see predators facing consequences, there is pressure and temptation for women to share stories. None of us ever should if we dont want to or are not ready to. McGowan has chosen to, and chosen the most public of platforms. Brave is her chance to speak truths that have been piling up inside her, to offer go-girl guidance to other women and to vehemently admonish any complicit parties. (In the books latter pages, she also uses it to promote her myriad projects a docuseries, an album, a skin care line a move that can be viewed as nothing but opportunistic.)

She calls it brave, but I wonder about that word. Theres a recklessness in her seemingly newfound freedom, an unmanaged pain thats inflicting more pain. But who knows? Maybe this is a first step toward a deeper, more private healing journey that wont be exposed for all to see.