Five decades in, Robert Christgau is still a rock critic

As he prepares to release his fourth essay collection, the American writer talks bad reviews, covering abusers and how he's kept writing for 50 years 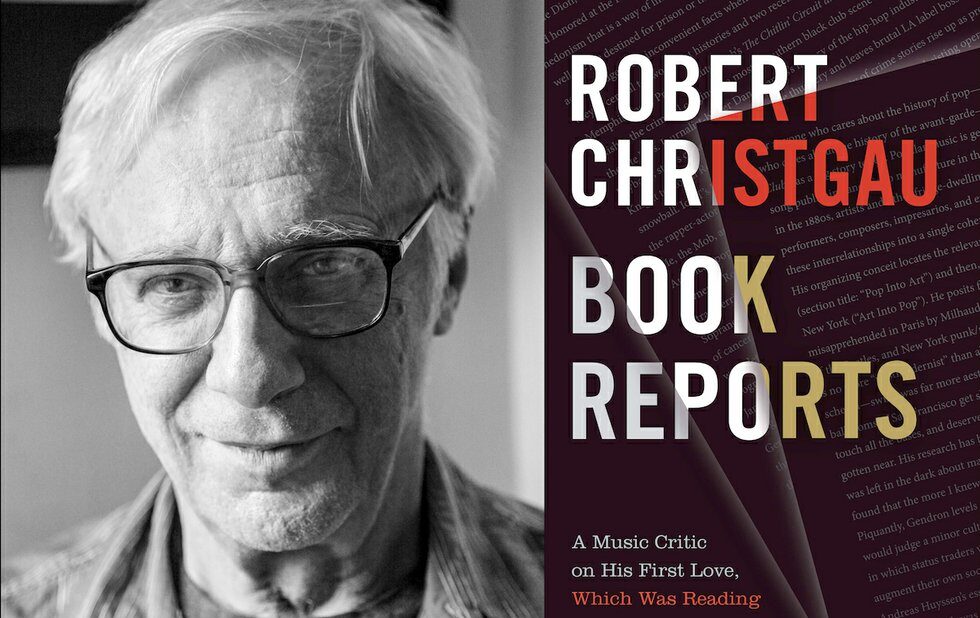 Robert Christgau hasn’t had enough of rock ’n’ roll. Over 50 years, the esteemed critic – one-time Rolling Stone writer, music editor at the Village Voice from 1974 to 1985, then senior music writer there till the mid-oughts – continues to review records for noisey.com. In his lifetime, he’s assessed over 14,000 releases, eventually compiling them in a series of must-read record guides music lovers covet.

His third book, Is It Still Good To Ya? (Duke University), however, is a collection of longer pieces, essays, reviews and obits and was a finalist for the 2018 National Book Critics Circle in Criticism award. His fourth collection, Book Reports: A Music Critic On His First Love (also Duke), hits bookstores May 3.

Christgau is everything you’d expect in an American white male critic with astonishing longevity. He’s way too accepting of priapic rockers, and his assessment of R. Kelly in Is It Still Good To Ya? and in our conversation about proven abusers read like someone with privilege who doesn’t have to worry too much about sexual assault.

But he’s gobsmackingly erudite, with an impressive range. The book’s over-70 articles covers everything from the early 60s’ Coasters to Lady Gaga. His extensive essays on African pop demonstrate his gift for describing music in a way you can almost hear. Sometimes he’ll accomplish that with the simplest phrase, as in a song that has a “below-the-belt beat.”

He’s fiercely independent – he knows his article on Black minstrel shows pisses people off – but with the exception of his stance on some feminist issues, his progressive politics are consistent. Typical of his approach is his decision to respond to the Bush’s Gulf War by writing an extensive article on Afghan pop. Know who you’re invading, is his message.

And as you’ll see from this Q&A, he gives proper credit to the wife he loves.

How did you first find your critical voice?

The Village Voice gave me an outlet. They encouraged writers to publish idiosyncratic, intellectually ambitious journalism in voices that ranged from demonic to highfalutin. And they paid me well once the magazine was unionized. Getting paid is motivational.

Fifty years is a long time to write about rock music. How do you explain your resilience?

For one thing, I’m a very enthusiastic person. I’ve been the oldest person in a club for over 20 years. But rock and pop music isn’t just for young people. Once you get past that “hope I die before I get old” phase and realize, “Oh, I don’t wanna die, I wanna get old” – that happens in your late 30s – you start to listen and empathize rather than identify. And remember, there are more rock songs about getting old than in any other music genre.

There are so many recordings coming out these days. How do you choose what to cover?

I don’t write pans any more. On Thanksgiving, the political writers at the Voice would do something like “These are the politicians we’re thankful for,” which kinda turned my stomach so I turned it around and did what I called The Turkey Shoot, shooting down bad records. People said they were fun but I hated it because in order to write a pan you have to get a little disgusted and angry at the record and that’s not fun.

Did you have any problems embracing a new, transformative genre, like, let’s say, rap.

As the editor at the Village Voice, I always tried to find writers of colour. One of them, Pablo Guzman, minister of information for the Young Lords [a Puerto Rican radical organization], said I underestimated James Brown and made me go back. I’ve always believed Black people know more about this music than white people. And I felt that I had to educate myself. Once I educated myself, hip-hop was simple.

Your latest collection of criticism contains admiring pieces about Kanye West. Did you see his Trump love coming?

Nah. What happened to Kanye did surprise me. His father was a civil rights worker, for goodness sake. And it turns out that the people who detected something dangerous in his arrogance as well as his spiritual and emotional deterioration were right and I was wrong.

And R. Kelly? Critic Jessica Hopper thinks we should just stop writing about him.

Chuck Berry? Not a nice person. Bill Cosby? A much worse person. But was Cosby a great comedian? Absolutely. Was Chuck Berry the greatest genius of 50s rock ’n’ roll? Absolutely. Do I still listen with pleasure to his music? Yes. James Brown attacked Tammi Terrell with a hammer. Did he nonetheless change popular music? Is the quality of music changed because of their sexual habits?

But Kelly’s music is attached to his sexual persona and abuse.

R. Kelly’s alleged sexual crimes, they’re there in the music. But Good Morning Little School Girl has been done by a great many other artist.

You credit your wife, Carola, with being one of your major inspirations.

My wife is more important to me than anything in the world – including music. She’s a great editor and companion for all of my work and she’s a great writer herself. If you live with somebody who’s smart, they’ll affect your thinking more than anything.

How are you adjusting to journalism’s changing landscape in the digital age?

A lot of people are writing more quickly, and I think it hurts the work. Some places want you to do an obit overnight. I don’t do that stuff. I’m not happy that death is approaching because I like being alive but I’m glad I’ve escaped the two-post-a-day economy of contemporary journalism. Good writing takes time. When I taught writing, I’d tell students, “Finish before you go to bed and then wake up and look at it again. I guarantee something will change.” You’re a new person when you wake up. You have different ideas. That’s definitely my approach. You have to let it marinate. Good criticism takes time.