The highs and lows of growing up in queer families

Collection of essays by people brought up in queer families is bold, inspiring, and sometimes heartbreaking 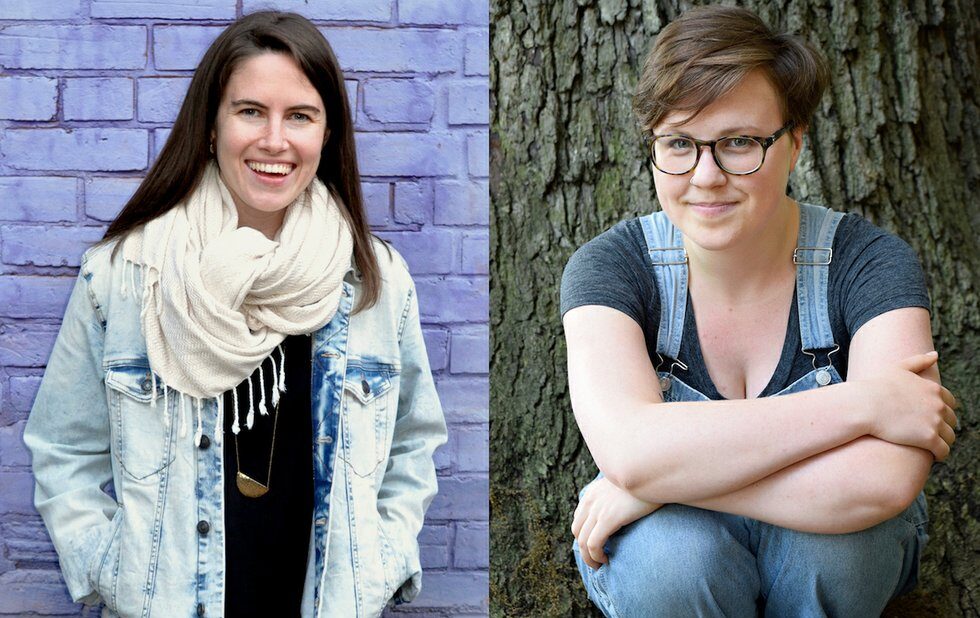 Given that homophobia isn’t exactly a thing of the past and that queer families are still a relatively new phenomenon that need “explaining,” you’d think Spawning Generations, a collection of essays by people brought up in LGBTQ families, would be full of triumphant rah-rah tales of how glorious it is to have LGBTQ parents. You’d be wrong.

This exceptional collection has its share of references to overcoming struggle, but it’s also full of nuance, hard issues, painful emotions and ambivalence, alongside a wellspring of inspiration.

Thanks to the expert work of relatively novice editors Makeda Zook and Sadie Epstein-Fine, the collection scores on many levels. Every piece is different and, because Zook and Epstein-Fine didn’t organize them based on predictable themes – being bullied, say, or life with gay dads – you never know what you’re going to get next.

There are stories about having trans parents, families with multiple generations of lesbians and multiple queer parents, for that matter. There’s lots of inspiration – not the least of which is a gobsmackingly good opener by nine-year-old Liam Sky – but not one of the essays is ickily cloying.

In fact, the two agreed right away that they wanted to disrupt the narrative of what they call “shame-to-triumph”: kid harbours a secret, lets it out, gets bullied, struggles but overcomes and lives happily every after. They both had been the equivalent of poster kids for how everything’s just fine in queer families. Epstein-Fine in particular has aired this concern publicly, that if she weren’t perfect she’d give queer families a bad name.

“As queer spawn, we’ve been reproducing that shame-to-triumph narrative since we were kids,” Epstein-Fine says. “We’ve been vocal about how challenging it is to reproduce that narrative – it’s damaging to have to pretend that perfection.”

“One of the truths is that things are more complicated, it’s more messy and a lot less linear,” declares Zook.

“And as people who’ve been there and done that,” says Epstein-Fine, “we wanted to hear new queer spawn stories.”

They came rolling in, thanks in large measure to the American organization COLAGE (formerly an acronym for Children of Lesbian and Gays Everywhere, but now just the word itself) and to the fact that there has been so little opportunity for queer spawn to speak their minds.

When I heard that Zook and Epsten-Fine were co-editing a collection of essays, my first reaction was, “Really? That must have been some process.”

I’ve known both of them all of their lives – literally, since I’m connected to their lesbian mothers – and you couldn’t find two more different people. Epstein-Fine revels in risk – she’s a stage artist, intern artistic director at Nightwood Theatre – and is constantly exploding with energy, answering questions spontaneously. Zook, now a health promotion and education officer at Action Canada for Sexual Health and Rights, is more cautious. Her responses are thorough, measured, as if every word counts.

Both talk intensely about how overwhelmed they were by how raw and vulnerable the contributors became in the process of crafting their stories. The book includes an essay by Meredith Fenton, who discovers her mother’s a lesbian only when she comes out herself. Another, by Kimmi Lynne Moore, has a sexual abuse component. But Epstein-Fine, to borrow the title of another iconic feminist collection, still ain’t satisfied.

“We see a gap in stories about Indigenous queer spawn. I think we could have dug further. We also don’t have enough writers who are trans and non-binary themselves.”

Their hope is that the book will help create community among queer spawn and a sense of history for all readers.

“For queer spawn, it’s finding community and seeing themselves reflected,” explains Zook. “For all queer audiences, the hope is that they will question some of the ways they might be unknowingly pressuring their kids into being a poster child. We need to challenge queer parents to navigate that, to start talking about it and to forgive themselves for not being perfect as parents. It’s an open invitation for us to be more gentle with ourselves.”

“What I love about the book is that it shows our history,” say Epstein-Fine. “Most people have the idea that queer spawn were birthed in the 90s. It’s exciting to think that people will say, ‘Oh shit, people were dealing with this in the 50s.’”

“Sometimes I feel like a science experiment,” Zook declares. “That’s the way the general public sees us. There’s a kind of looking in on us with a hetero cis-normative gaze: how are we going to turn out, or giving us all these psychological assessments.

“We don’t need to rely on researchers or journalists or our parents. We have our own voices.”