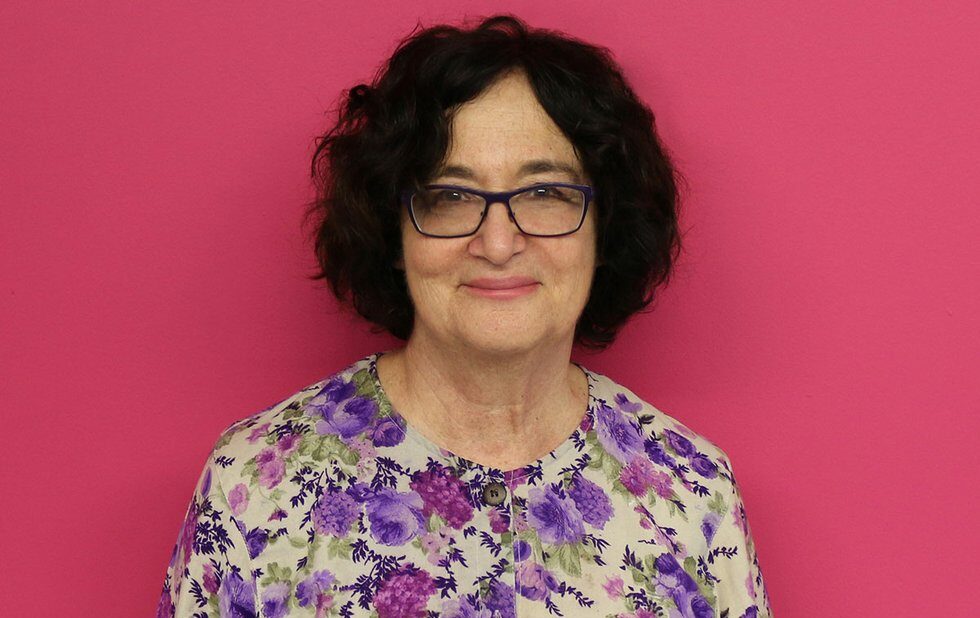 For decades, Judy Rebick has been a very public, very angry feminist, rather like the Fearless Girl bronze sculpture facing down Wall Street’s Charging Bull. In her new memoir, Heroes In My Head (House of Anansi Press), Rebick boldly traces her public anger to its source in childhood trauma. This meant uncovering the secret life underlying her bouts of depression, digestive problems, memory gaps and disturbing flashbacks.

As a McGill University undergrad in the mid-60s, she wrote for the McGill Daily promoting the radicalism of the New Left. In her 1968 return to New York City, where she grew up, Rebick became infused with the politics of Black Power, while experiencing the nasty sexism of white counter-culture revolutionaries like Yippie legends Jerry Rubin and Abbie Hoffman.

Though born into a middle-class Jewish family, Rebick embraced the hippie lifestyle, with its romanticized view of poverty, free love, acid-dropping and hash-smoking. Her solo backpacking journey through the Middle East further ignited her outrage against gender and racial inequality.

Back in Canada, Rebick supported the ambitions of the FLQ for an independent Quebec, joined the Revolutionary Marxist Group, and became a member of Waffle, a radical wing of the New Democratic Party. As a spokesperson for the Ontario Coalition for Abortion Clinics, she fought for decriminalization of abortion. As president of the National Action Committee on the Status of Women, she lobbied for pay equity, day care, maternity leave and rape-crisis centres.

Through intensive therapy, triggered by a strange voice in her head, Rebick found she was “host” to 11 “alters” – subconscious identities, both male and female, and of different ages, with memories and emotions apart from the person she knew as “Judy.” These included Simon, a male youth who kept the others in check so Judy could lead an almost normal life HIM who was always angry Trouble, who caused Judy’s health problems to prevent actions he considered dangerous.

Rebick’s condition was diagnosed as multiple personality disorder, a therapeutic label later changed to dissociative identity disorder, reflecting the fact that dissociation is a defense used by everyone, with MPD at the spectrum’s more extreme end.

I have no trouble accepting Rebick’s revelations, since I wrote about MPD/DID in my book, My Father’s House: A Memoir Of Incest And Of Healing, published in 1987. The reason for my trauma was the same as Rebick’s: my father’s sexual abuse.

In my book – written entirely out of my own growing self-awareness – I delegated all my split-off memories to a single identity, The Child Who Knows. I did not enter therapy because I didn’t want to interfere with my own process of recall, and because psychiatrists were still interpreting any suggestion of sex with one’s father as proof of Freud’s Oedipal complex: the desire of little girls to have sex with their fathers.

While it may seem difficult to believe now, Western society in the 80s was still in total denial about child sex abuse, let alone incest. In this, it was suffering from the same condition as Rebick and me: dissociative identity disorder.

While female child-abuse victims tend to become fearful adults, vulnerable to revictimization, male abuse victims tend toward anger. Rebick defaulted to anger (as did I). She credits her dissociation with providing super-energy for her activist career, as well as for the bravado that protected her from danger. This included saving Dr. Henry Morgentaler from a 1983 attack outside of his Toronto abortion clinic by a man wielding garden shears.

The experience of enhanced abilities is fairly typical of persons who deal with trauma through MPD.

In 1977, police charged a young man named Billy Milligan as Ohio State University’s campus rapist. Psychiatric investigation revealed that Billy was the meek, unaware host of 23 alters. Arthur was an atheist who spoke with a British accent, who could read and write Arabic, and who had extensive knowledge of physics, chemistry and medicine. The keeper of hate was Ragen, a karate expert and Communist fluent in Serbo-Croatian. Though Ragen had committed the armed robberies for which Billy was also charged, the rapist turned out to be Adalana, a lonely, self-described lesbian alter.

In this well-documented case, Billy’s fragmentation had resulted from his stepfather’s beatings and sexual torture. To demonstrate to Billy what would happen if he told, the stepfather forced Billy to dig a grave, then buried him for several hours with only a pipe for air. Before releasing Billy, the stepfather urinated down the air pipe.

In Milligan’s trial, his lawyers pleaded that Billy was an empty shell, unaware of the crimes committed by his alters. He was acquitted, then spent a decade in mental hospitals.

Today, psychiatrists regard a child’s adoption of MPD when faced with extreme psychological danger as a rational defense to an irrational situation. It is an example of what is now called neuroplasticity – the amazing ability of the human brain to rewire itself to deal with trauma, both physical and emotional. It is also why some scientists consider the human brain to be the most marvellous object in the universe, with much of its capacity as yet unexplored.

For Rebick to heal, she had to reclaim all the emotions she had delegated to her alters – the fear, the guilt and the anger she had deflected from her real target, her abuser. When she confronted her parents, both adamantly denied the abuse, preferring to label her memories as disgusting fantasies. They were supported by the False Memory Syndrome Foundation, a reactionary group created in response to the outpouring of #MeToo child-abuse memories that came to light in the 90s, breaking the silence.

Some 20 years after Rebick confronted her parents, child abuse is acknowledged to be endemic to our culture. The professional, political and religious network of its enablers have increasingly been exposed. Rebick’s revelations are surprising only because they appear to run counter to her image as a powerful feminist warrior when, in fact, they partly explain that.

Perverts, like thieves and murderers, will always be with us. However, abusers once protected by a colluding society now know they face the real possibility of disgrace and jail time. Male sexual entitlement – across the whole spectrum of power relationships – isn’t the safe bastion it used to be.