NOW MagazineCultureBooksTanya Tagaq steps out onto an unfamiliar stage

Tanya Tagaq steps out onto an unfamiliar stage

The Toronto-based Inuk musician is uncharacteristically nervous about her literary debut, but Split Tooth will get you in the gut, heart and mind as much as her music does 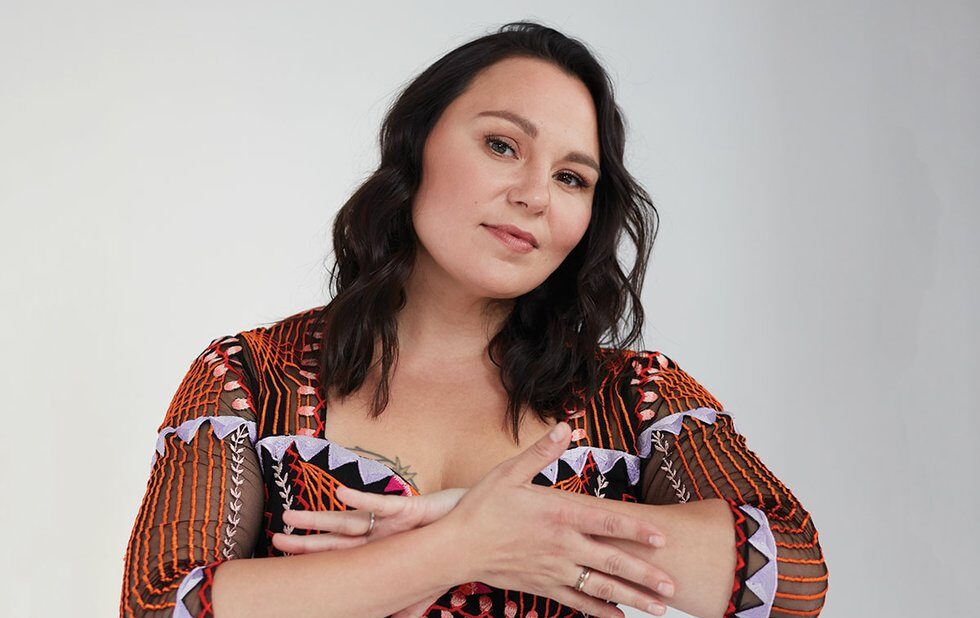 Tanya Tagaq enters the Ossington restaurant with her hair damp from the shower and a story spilling out of her about a sexy dream she had the night before involving a handsome, well-known film actor.

She’s wide-eyed and laughing at the contents of her imagination. Her candour and sweet, soft speaking voice make you warm to her instantly, much the way you instantly warm to the beleaguered teen girl protagonist in the Polaris Prize-winning experimental musician’s equally experimental debut novel, Split Tooth, out September 25 with a sure-to-sell-out launch that night.

“I’m so nervous about it,” she says, turning over my copy in her hands as if she still can’t believe it’s real. “It’s just that it’s not my field. I’m really confident with music. I know what I’m doing, I know my way around it. This is more intimate. It’s my life, you know?”

Indeed, the book draws from a collection of journal entries, poems and short stories that the Nunavut-raised, Toronto-based artist started writing 20 years ago – she’s now 43 – and worked hard to cull and give shape to when Penguin Random House wanted to publish it.

Much like how her boundary-dissolving music tosses genre out the window, the book boldly and cohesively mixes memoir, traditional folk tales, poetry and fiction to depict the humiliations and hilarities of coming-of-age, the formidable power of Nunavut’s landscape, the resilience of women. She wrote it for other Indigenous women, and dedicated it to Missing and Murdered Indigenous Women.

Being judged by the literary world “on an intellectual plane” is part of what’s scaring Tagaq. Her music is, of course, full of thought, but it’s not laid out for all to see quite so clearly and draws more from, as she puts it, “emotional intelligence.” The fears run deep, and are similar to her young protagonist’s own search for belonging.

“Some people think there is only one kind of intellectualism,” she says. “But the smartest people I’ve ever met were taught by the land. So smart they’d make professors look like buffoons,” she says with a laugh.

“I think I’m scared someone is going to be like, ‘She doesn’t belong here. This isn’t a real book. This is just drivel.’ It’s so interesting – I never suffer from stage fright. I’ll play Carnegie Hall and be like whatever. Like, ‘Hi, Patti Smith, nice to meet you.’ But something about this has given me my first stage fright.”

The stage, she says, is and always has been her safe space. You can tell. She seems to lose herself completely in her performances, while also revealing the entirety of her emotional spectrum. Despite her gentle disposition, she is Canada’s most ferocious musical performer.

A Tanya Tagaq concert is a bone-chilling, arm-hair-raising experience. As an Inuk throat singer, she primarily opts for sounds over words, and they range from guttural grunts and rhythmic breathing to fluttering shrieks and coos, all set to her bandmates’ analog and electronic soundscapes and percussion. Centre stage, often in a demure ball gown, she twists and flails, sometimes the hunter, sometimes the hunted, raging and lurching and at times looking like she’s giving birth or being exorcised. It’s spellbinding, cathartic, largely improvised.

Many reviewers have noted the disturbing aspects of her art, a descriptor that applies to Split Tooth, which her publisher is categorizing as “magical realism.”

The unnamed teen navigates the vast frozen tundra often enveloped in 24-hour darkness and -40 temperatures, mostly alone, though friendship also peeks through. Her household and school life are both painfully tedious and frighteningly unpredictable. Neglectful adults, lurking bullies, devastating crushes and predators of all kinds fill the periphery. Human, animal and natural violence – but also beauty, wonder and humour – are everywhere. An extremely brutal scene involving the Northern Lights changes the trajectory of her life.

The book is like nothing I’ve ever read before, exhilarating in its carnality, experimentation, vulnerability and wisdom.

“I’ve always leaned on writing or painting or music as a way to excavate feelings and thoughts and ideas and get them out,” says Tagaq. “It’s my way of staying healthy. You know, you flush the toilet? Art to me isn’t, ‘Oh, I think I’ll make this nice thing.’ It’s, ‘I have to get rid of this stuff.’ That’s why what I make isn’t necessarily… pleasant. You don’t need to get rid of what’s pleasant in you. You want to keep that and nourish it.

“So a lot of my art is about acknowledging the scarier parts of life while also celebrating it. I’m just trying to penetrate our existence: how we deal with each other, how we move through the world, how we grapple with this society that’s been constructed in the eye of progress, manifest destiny, colonialism, Christianity. If I didn’t listen to the darkness and acknowledge that there are hardships in the world, I wouldn’t be able to feel the absolute glory I have for my children or for simple tasks. I wouldn’t be able to ascend.”

During the editing process with Penguin Random House associate publisher Nick Garrison, to whom she gives a ton of credit, she cut out vast swaths of the book that were too gruesome. “Stuff I just didn’t want the world to know exists in me,” she says softly.

Rape and shame come up frequently as we talk, and they’re woven through Split Tooth and her 2016 album, Retribution (which includes a chilling cover ofNirvana’s Rape Me): the rape of women, of children, of traditional lands, the shame brought on Indigenous people by these assaults, by the residential school system, by having been labelled dirty and godless by colonizers who also duped them with treaties that led to stolen land, lost languages, grinding poverty, generational trauma.

About all of this, Tagaq, who was named a member of the Order of Canada in 2016, is fiercely articulate and knowledgeable.

“And now look what’s happening with the Ontario government and sex-ed,” she exclaims, her voice growing forceful. “We’re literally all sitting here because our parents had sex. Sex is our spiritual moving mechanism through flesh. Why the hell shouldn’t we educate our children? There is nothing shameful about sex. In fact it’s enlightenment, it’s beautiful.

“It’s ludicrous to me that there’s a bunch of old men telling people what our children should and shouldn’t know. Can you believe that? Teen pregnancy shoots through the roof when you kick sexual education’s legs out. Everything does. We have to protect our children. How come they want to hurt our kids? That’s how I see it.”

She pauses for a breath. “Idiots!”

Tagaq puts up with incredible abuse for voicing these opinions, especially online despite her tweets being very funny (“I once fell out of love with someone when a tomato fell out of their sandwich and he just slowly pushed it under the stove with his shoe”) and especially for her support of seal hunting (“A question for all you righteous pricks telling us not to eat meat/hunt/thrive: When’s the last time you paid 70$ for a watermelon?” she tweeted earlier this year).

“If you’re not Indigenous, you don’t understand how many people are online celebrating our deaths,” she says. “Saying things like, ‘Yeah, die off. Let’s have a purge. Kill them all.’ You hear this all day, every day your whole life.”

But she’s determined to continue having these hard conversations – in life, in her art, online – because she believes it’s crucial to raising social consciousness and eliciting change.

Still, has the hate caused her to change the way she navigates social media?

“Well, ever since that fucking asshole Photoshopped my baby getting bludgeoned on the ice, I’ve become much harder [on Twitter]. I would never, ever hurt a fly or put anyone down in real life. There’s a very meek part of me. I have trouble with boundaries and I don’t know what I’m allowed to do or not. Am I allowed to take up this space?

“But through the process of having people say some horrible things to me, it’s helped me get in touch with someone who stands up for herself.” She smiles triumphantly. “My inner bitch.”