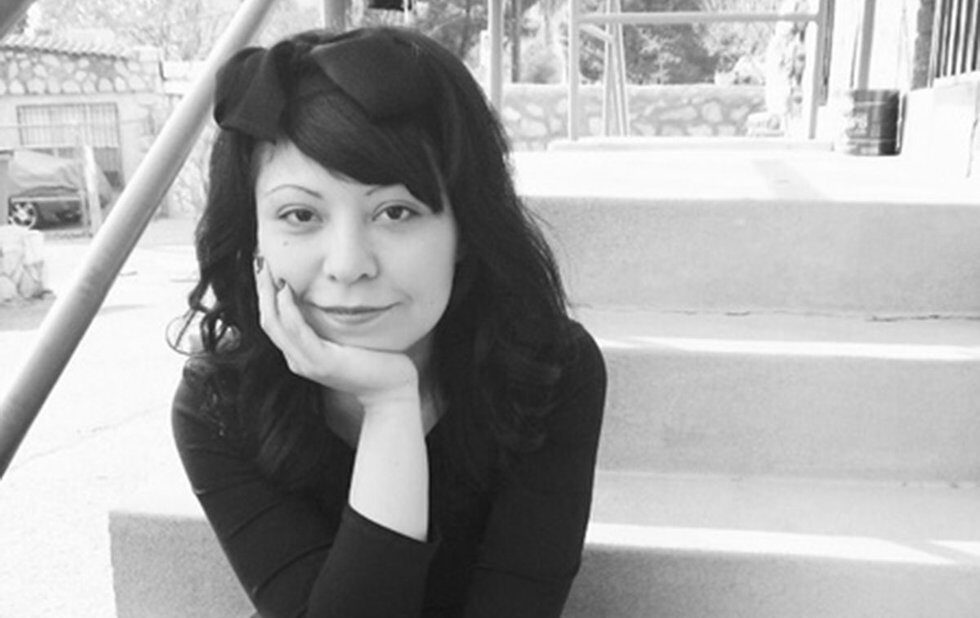 Terese Marie Mailhot is a long way from where she grew up, on the Seabird Island Reservation in British Columbia’s interior, but she’s made a home – and a strong reputation – in literature.

Heart Berries (Doubleday), her debut memoir, is a slim, 176-page provocation in poetic prose. The New York Times called it a “sledgehammer,” and it earned a place on several lists of 2018’s most anticipated books across North America. She is now in demand for interviews, with coverage on NPR, BBC, CBC, the Atlantic, Cosmopolitan and Buzzfeed, among others.

The book charts the difficult terrain of Mailhot’s early adulthood as she tries to move forward with her life, while at the same time processing painful memories, working through mental health issues (she was diagnosed with post-traumatic stress disorder and bipolar II) parenting and surviving a fraught relationship.

Mailhot, who is the Tecumseh Postdoctoral Fellow at Purdue University and a creative writing instructor at the Institute of American Indian Arts, was at the Purdue Native American Educational and Cultural Center library in West Lafayette, Indiana, surrounded by Indigenous books, when NOW reached her for yet another interview.

“When I was going to school, I had questions about publishing and how to do this, and in a non-Native program they discourage you from being ambitious,” she explains. “I wish I could bring every student here where there’s advocacy for not only their voices and being published in the world, but also where their curriculum includes Indigenous thought.”

Still, she calls Purdue a microcosm. Indigenous authors comprise a certain percentage of works on course reading lists, but when she was an undergraduate that wasn’t the case. Literature programs at many colleges and universities still don’t include more than a few Indigenous texts.

North of the border, on lands claimed by Canada (in BC), the Indigenous Literary Studies Association was founded in 2013 to help change that, and promote Indigenous literature, but it appears there’s still work to do.

She says access can be improved by promoting young Indigenous authors. Mailhot did just that by becoming an editor with the literary journal the Rumpus, where she published new Indigenous work. She now mentors Indigenous students.

It took tenacity for Mailhot to get to where she is now, a story she’s compelled to share.

“What helped me become a writer was money,” she says. “Getting out of abject poverty helped me find the time to write, and then I developed a voice and I was able to speak about what happened to me.”

Mailhot fills in some background about her disrupted childhood to help contextualize her experience and preface the book. Her mother, a social worker, was sometimes unemployed because the mould in their poorly constructed house made her sick, and she was also contending with violence. Mailhot was removed into child protective services at 16, and, at 19 when she was able to make decisions for herself, she got married. She had her first child at 20.

“It feels like an eternity to me, existing during that chaos,” she says, but then she went back to school at 24. “I worked relentlessly to make something. I was tired of feeling helpless.”

Sharing her story with the world wasn’t easy.

“It’s so anxious-making for somebody who has an anxiety disorder,” she says. “I knew I had to do this, no matter how fearful I was of expressing myself artistically and personally. I knew I had to do it because I didn’t want to go back from the revelation of voice. I wanted to revel in it.”

In other words, once Mailhot discovered her voice and felt heard, she wanted to broadcast it.

She is already writing a new book of essays and says she can’t rest while there’s injustice. “I cannot truly experience joy until I believe the women and the children in my community are free to enjoy themselves and be safe,” she says. “I can never forget. Joy is fleeting, and then I get back to work.”