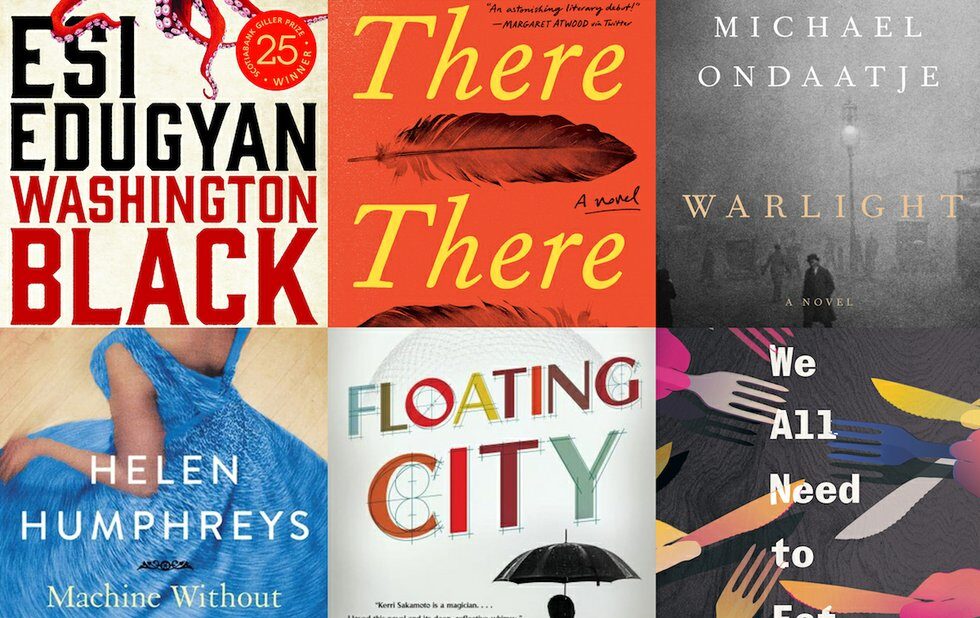 This was a year when Indigenous writers were on an excellent run, with Eden Robinson continuing her Trickster trilogy, Lee Maracle winning Harbourfront’s Festival Prize and Tommy Orange creating a storm with There There. The list of 2018’s best books speaks to the way in which literature continues to feature powerfully diverse voices. And, by the way, note that books – the digital world be damned – are still going strong.

Edugyan’s Giller-winning masterpiece is as much about the complicated relationship between rescuer and slave as it is about slavery itself. In exquisite prose that captures with equal panache the brutality of a Barbadian sugar plantation and the artistic process of an ex-slave, Edugyan probes how the best intentions may not be quite as pure as they seem. The titular protagonist, while perfecting his exceptional drawing skills, travels by hot air balloon, underground railroad and ocean liners from the plantation to the Arctic to London, England and beyond in search of his personal and artistic integrity. Totally absorbing.

2. There There by Tommy Orange (McClelland & Stewart)

After an incendiary five-page introduction – like a brilliant Andrea Dworkin rant at her angriest, but with First Nations history in the Americas as its subject – Orange settles into a kaleidoscopic and high-energy story integrating multiple characters living in Oakland, California. His themes range from racism to abuse to forgiveness to storytelling and beyond, while referencing cultural icons such as Gertrude Stein (hence the title), Jean Genet and James Baldwin. Indeed, Orange may be the Indigenous equivalent of Baldwin in the ways he dives into previously unexplored territory, making his insistent focus on First Nations urban experience a passionate political statement. Spectacular.

Ondaatje’s story of siblings mysteriously abandoned by their parents during the Second World War blossoms into a brilliant meditation on loss, love and memory. The first half tracks the two children coping with strange caregivers – all of them sketchy – and only in the second section does the truth about their parents’ whereabouts emerge. What’s stunning about Warlight is the emotional charge in what turns into an achingly painful story. The mood is melancholy and the prose gorgeous. Count the times you reread whole paragraphs because they’re so beautiful. I still haven’t figured out why this book didn’t make it onto more awards shortlists.

A survivor of Canada’s Second World War Japanese internment camps comes to 50s Toronto full of ambition. Frankie makes money mostly by being on the take, until he’s hired temporarily as a gardener by a Jewish architect living in Cabbagetown. Inspired by his employer’s friend Buckminster Fuller – a glorious visionary – Frankie develops his own plan to transform T.O.’s skyline. Eventually he loses his moral compass entirely. In precise prose – you can smell the gardens – Sakamoto creates a flawed but sympathetic character in a book that evokes a Toronto that was emerging from 50s staidness into the 60s, when urban development began running amok.

Toews began this risky novel before the #MeToo movement took hold, making her something of a feminist savant. Eight Mennonite women living in a remote village in Chile discover that they have been drugged and raped over an extended period of time and debate whether they should – and can possibly – leave their community. These are, literally, women talking, about God, love, family and their barely suppressed rage. In fact, this is Toews’s first novel that suggests her simmering anger toward her beloved Mennonite community. Never dull.

On paper, this book sounds like it should never work. In the opening section, author Humphreys lays out all the difficulties involved in telling her story, inspired by a real-life obituary. For starters, it’s about Megan Boyd, who became famous for crafting fishing lures, while living in a small cottage in Surrey, England – not exactly a roller-coaster ride. And the obit offers very little personal detail to work with. Humphreys openly grapples with the problem in part one of the book and in the second half delivers a deft bio that makes Boyd’s seaside village and love story come to life and fishing lures positively fascinating. An improbable triumph.

Dionne Brand’s ingenious meditation on academic angst is a heady, pleasure-filled ride. PhD candidate Theoria is desperate to finish their (Brand keeps us guessing about the protagonist’s gender) thesis and its ludicrously ambitious theme – the past, present and future of race, class and gender – isn’t the only thing getting in the way. Their three consecutive lovers all shake up Theoria’s thinking, one whose beauty is distracting, another a political activist who scorns the academy and the other a woman with a challenging spiritual path. This is a book that makes you think and laugh.

8. Spawning Generations: Rants And Reflections On Growing Up With LGBTQ+ Parents edited by Sadie Epstein-Fine and Makeda Zook (Demeter)

This exceptional collection of essays by the spawn of queer parents refuses to sugarcoat the experience. With contributors ranging from a 10-year-old (a killer opener) to adults with decades of queer history, the essays explore how being an outlier can mesh with the pleasures of being wholly loved by your parents – while also acknowledging the deep problems of having to deal with other, not so loving, caregivers. Editors Zook and Epstein-Fine, leading with their own experience, have helmed a consistently intriguing read – not for queer readers only.

DeWitt pursues his passion for paradox in this book rightfully dubbed a tragedy of manners. His story of a mother and son who decamp from New York to Paris after they’ve misspent the family fortune is matter-of-fact and surreal, ironic yet weirdly sincere in its probe of love, family and money. Laugh out loud but feel a sad, emotional tug as you follow not-very-sympathetic characters – the duo’s hangers-on, among them – in this work from an entirely unique voice who revels in risk.

Leslie’s gem-like stories focus on Soma, a queer millennial with a troubled family life who’s trying to navigate society’s margins. Soma struggles with everything from a painful breakup to the death of a close friend, to her complicated relationship with her brother. The centrepiece is a near-novella about the death of her grandmother, a Holocaust survivor whose influence Soma feels in her body. Clear-eyed, poetic prose – Leslie is also a poet – from an impressive rising talent.

I’m not sure why the Governor General’s literary jury was so taken with its winner The Red Word by Sarah Henstra. Ostensibly about sexual assault at a university frat in the early 90s, it was supposed to shed light on a toxic rape culture. Instead it made feminists – and their mentor – look dumb and hypocritical.