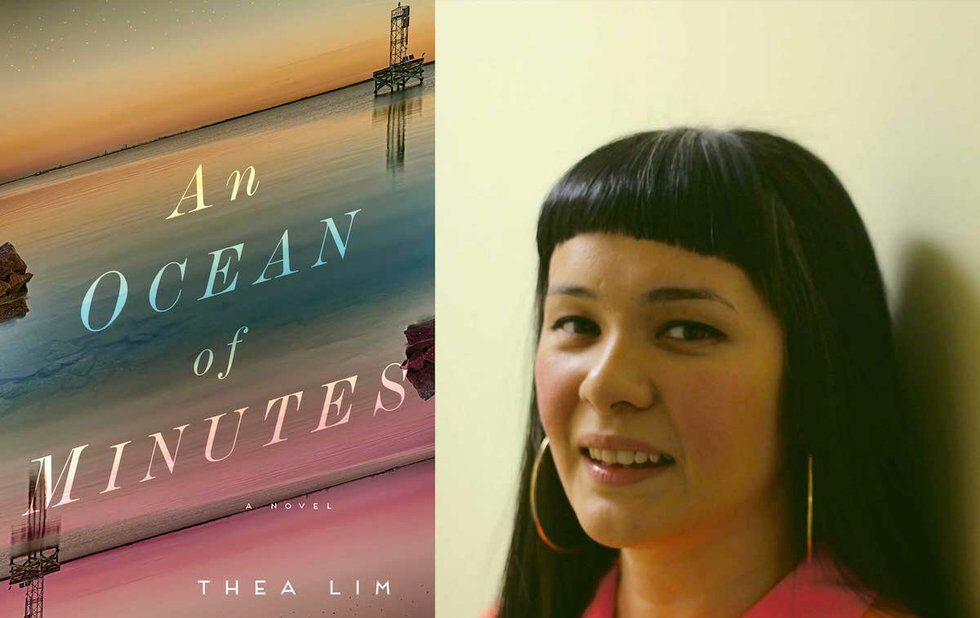 Thea Lim’s beautiful debut novel, An Ocean Of Minutes ($24.95, Viking), is a deep dive into personal longing, political turmoil and time travel. Frank and Polly are in love in Buffalo circa 1981. Frank gets sick and they can’t afford medical care, but Polly can travel into the future her job there includes health benefits so Frank can get well. They promise to meet in Galveston in 1993, but she ends up re-routed to 1998. America and the United States are two different countries: one stratified, one more equal. In America, there is only electronic currency, movement is restricted and strict curfews are enforced. What will it take for Polly and Frank to be reunited?

From page one, the Toronto-based author’s work of allegorical fiction reads like a comment on immigration within a love story. Without being force-fed ideology, it’s a heartbreaking page turner that delves into issues of race, class, labour and how to live with the passage of time.

Did you set out to write a novel that comments on the state of migration in today’s first world?

No! My first book, a novella called The Same Woman, was overtly political, and I was trying to change my style to be a bit more subtle. I started with an idea that was metaphysical rather than current: everyone we love we will one day lose, and how do we make sense of this? As I teased a story out, the plot leaned towards immigration and then, in order to up the stakes, it became about migrant workers. It was surprising and comforting to learn that if I trusted the process – instead of forcing a moral – my work could still say something.

Why set the story in Galveston?

I was living in Houston, Galveston was just down the road. Plus, it’s an island with only one road out, making it the perfect trap. But then I began to see how Galveston made sense as a setting for a story about endings. It has always been pummeled by hurricanes. But once the waters recede, the people put the city back together. It’s a real-world post-post-post-apocalyptic town, and though my novel offers an alternate Galveston, that sense of striving against time – it’s only a matter of time before another hurricane – haunted the story in a very productive fashion.

Why is Polly Lebanese? Why not Chinese/Singaporean, like yourself?

I was loath to make Polly white, for fear of Dances With Wolves-ing it – writing an experience associated with a community of colour, but through a white avatar, as if readers can only care if the protagonist is white. I chose Lebanese because there’s a significant Lebanese community in Buffalo, where Polly is from. But also, Arab Americans have been alternately characterized as white and non-white over the past 100 years. By making Polly Arab, I could explore something that fascinates and dogs me: how race changes depending on where you live, and how you’re coded by class. When I was growing up in Singapore, everyone referred to me as white. When I moved to Canada, most saw me as Asian. So there’s a wee bit of hidden autobiography.

Do you think the fear of loss is specific to Third Culture Kids? Is longing ingrained in TCKs in a way that others don’t experience?

There is so much longing in this novel: for love, people, place. Did you write from a place of longing?

This is getting personal! I’m fairly macho in real life, so I guess all my human longing has to squeak out somewhere.