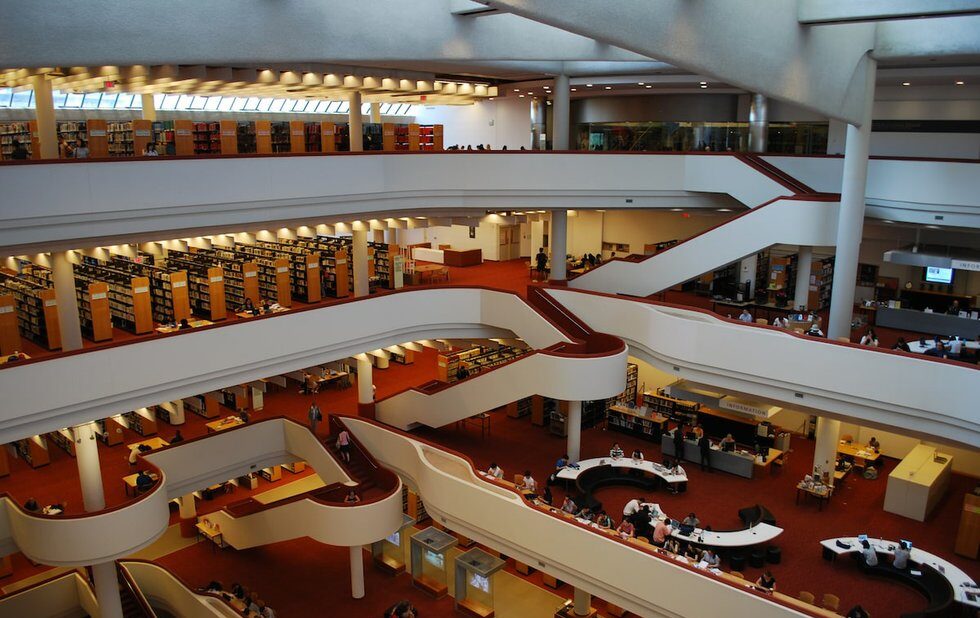 The province’s Official MTO Driver’s Handbook topped the list of the Toronto Public Library’s most-borrowed books of 2018, with 4,665 copies borrowed this year (as of December 10). Yes, there’s no escaping it: Toronto is a driver’s city.

Speaking of escapism, the rest of this year’s list is heavy on mystery/thriller novels.

The fifth installment in Dan Brown‘s series of books featuring fictional character Robert Langdon, Origin, came in second (4,120 copies borrowed) followed by last year’s Giller Prize winner Bellevue Square by Michael Redhill (4,033). Winning the Giller seems to be a surefire way to get your book on the radar of library patrons. The 2016 winner, Do Not Say We Have Nothing by Madeleine Thien, was one of 2017’s most-borrowed books.

The lone non-fiction entry on the top 10 was American journalist Michael Wolff‘s Fire And Fury: Inside The Trump White House, the massively hyped and gossipy Trump White House tell-all that dominated the news cycle back in January. Here’s the full list: 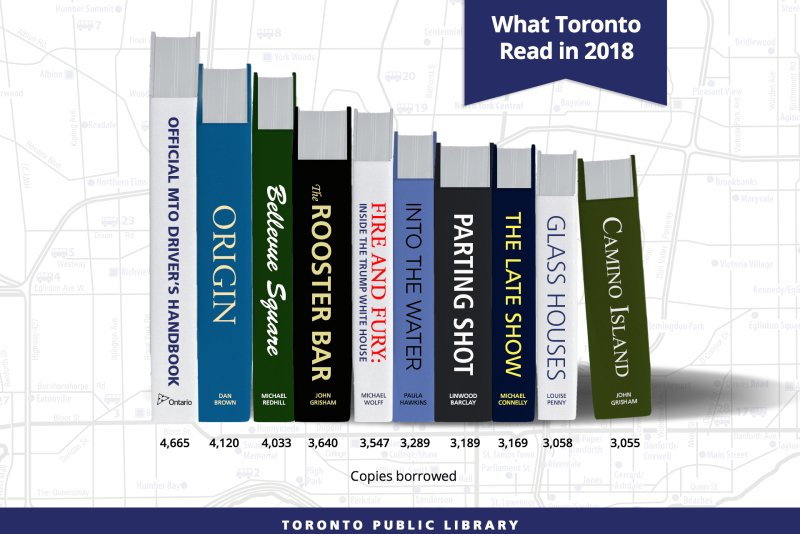 Other popular non-fiction titles checked out thousands of times in 2018 include patriarchy-loving U of T psych prof Jordan Peterson‘s 12 Rules For Life: An Antidote To Chaos (2,514) The Daily Show host Trevor Noah‘s autobiographical comedy book Born A Crime (2,354) and Japanese decluttering consultant Marie Kondo‘s The Life-Changing Magic Of Tidying Up (2,274).

It was a messy year, indeed.

Young adult fiction readers appear to be less escapist than their adult counterparts. The most-borrowed YA of 2018 was John Green‘s personal book about obsessive compulsive disorder Turtles All The Way Down (1,536). That was closely by followed Angie Thomas‘s novel about police brutality The Hate U Give (1,351), which was adapted into a feature film that had a splashy red-carpet premiere at TIFF.

The YA list is rounded out by Australian author Markus Zusak‘s 2005 historical novel The Book Thief (1,038) Canadian Métis writer Cherie Dimaline‘s dystopian sci-fi The Marrow Thieves (1,001) and John Green‘s popular romance, The Fault In Our Stars (990).

Check out the Toronto Public Library’s full run-down of 2018 borrowing trends here. (The lists are based on print books borrowed only and doesn’t include other media or ebooks.)