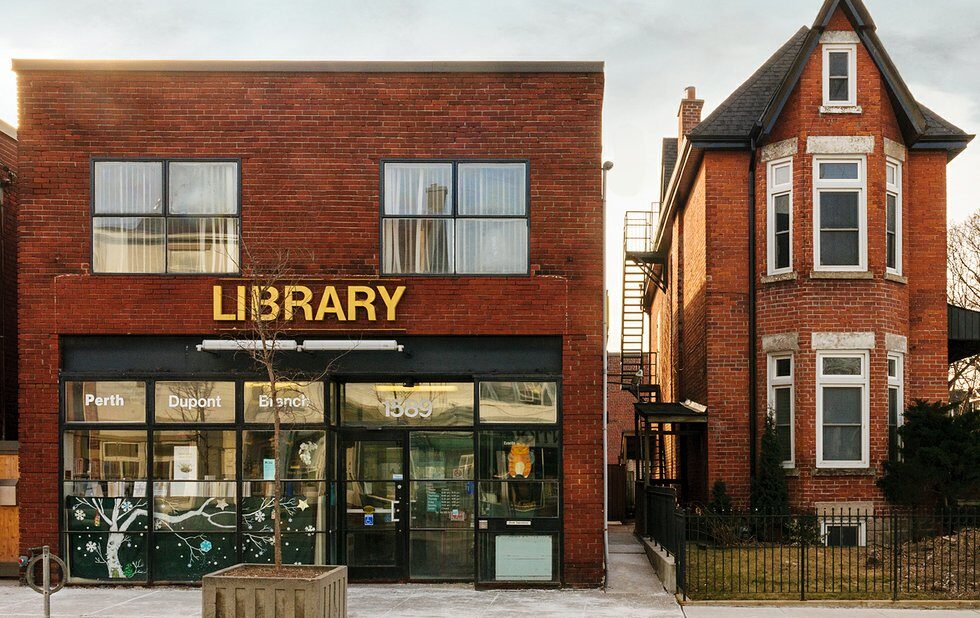 Toronto readers had a challenging year.

At the end of 2018, the Toronto Public Library’s list of the most borrowed titles was heavy on thrillers and politics (and the driver’s handbook). This year, the annual ranking favours weighty literary fiction titles, many by women.

The TPL’s most borrowed book of 2019 was former U.S. First Lady Michelle Obama‘s memoir Becoming, which also happens to be the top-selling English-language print book in Canada for a second consecutive year, according to BookNet Canada. It was borrowed 5,860 times.

With more than 10 million copies sold as of March, it’s on track to become the most popular autobiography ever written.

Calgary-born author Esi Edugyan‘s 2018 Giller Prize-winning novel Washington Black came in second (borrowed 4,997 times) followed by Tara Westover‘s Educated (borrowed 4,043 times ). The book charts the American memoirist’s life from her isolated childhood growing up in a fundamentalist Mormon family in Idaho through her self-education and experiences in Harvard and Cambridge.

The Giller Prize continues to be an important award for Canadian readers, as Michael Redhill‘s Bellevue Square and Madeleine Thien‘s Do Not Say We Have Nothing both made the TPL list in the past two years. If you’re planning on borrowing Ian Williams‘s 2019 winner Reproduction, you should probably put a copy on hold sooner than later.

Other Canadian books on the list include Kingdom Of The Blind (borrowed 3,732 times), the latest in Louise Penny‘s Chief Inspector Gamache adventure series The Testaments (3,292), Margaret Atwood‘s über-hyped sequel to The Handmaid’s Tale and Miriam Toews‘s Women Talking (3,204), which was one of our favourites last year.

Eight of the top 10 books were written by women. The popularity of Atwood, Toews and Westover’s books suggest that Torontonians were not just interested in books by women, but stories about women living under the strictures of dystopian and religious patriarchal societies.

To come up with the list, the library calculated the number of times a book was borrowed and put on hold as of November 28. Here’s the full list:

BIPOC women authors not only topped the list of most borrowed adult books, but also the list of teen fiction. Angie Thomas‘s The Hate U Give (1,560) was number one, followed by Métis author Cherie Dimaline‘s The Marrow Thieves (1,105). John Green‘s perennially popular The Fault In Our Stars (983), his more recent Turtles All The Way Down (981) and Markus Zusak’s The Book Thief (881) round out the list.

Westover, Edugyan and Obama topped the list of most popular eBooks and American author/cartoonist Jeff Kinney‘s Diary Of A Wimpy Kid was the most popular children’s book series. The library notes that, with dozens of titles in circulation, Kinney “might be the most popular author in Toronto this year.”