After protesting the library, trans activists host a teach-in 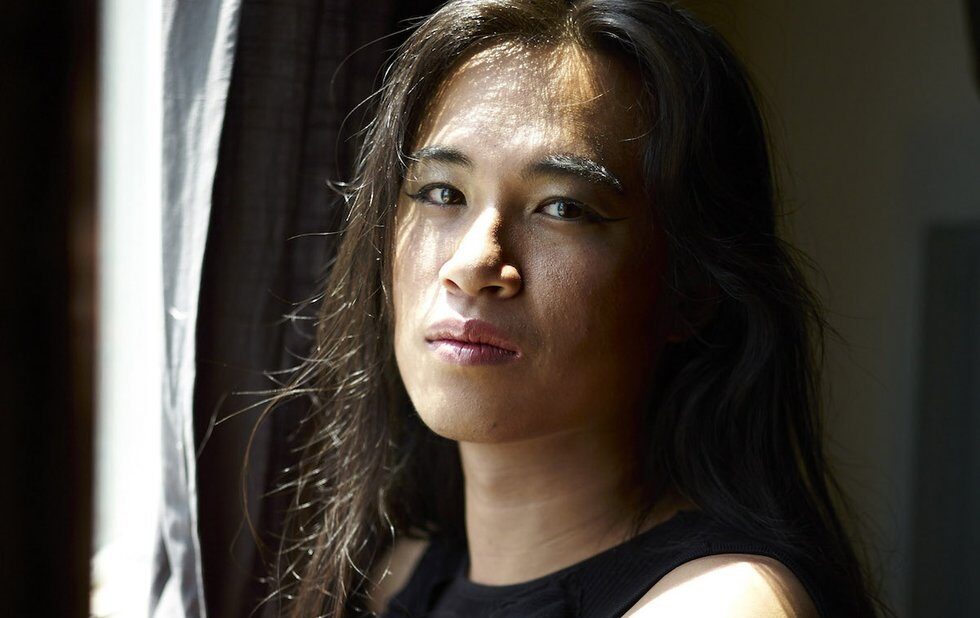 Writer and social worker Kai Cheng Thom will facilitate a teach-in on trans rights and issues at the 519 on January 23.

What is an appropriate way for a community to respond to a public organization that gives space to a figure who denies their humanity? Boycott? Protest? Or are other strategies needed?

That conversation will be a focal point at a panel featuring trans authors and activists at the 519 Community Centre this week. Organized by Another Story Bookshop and a host of community partners, the teach-in and open dialogue for trans people and allies will discuss trans issues in the wake of the Meghan Murphy event at Toronto Public Library’s (TPL) Palmerston branch that was met with a protest.

Murphy has said that a woman can only be someone who is raised female from birth and that trans women pose a danger to cis-gender women.

Despite a backlash, city librarian Vickery Bowles said the panel did not violate the library’s policy on community space rentals. The event was met with a protest and prominent authors vowed to boycott future TPL events.

Bowles argued that Murphy’s event should proceed on free speech grounds. Trans people, authors and community groups, including Pride Toronto, countered that by allowing the event, the librarian was effectively saying trans people’s rights should be up for debate.

“We really came up with [the teach-in] as another way to educate people around the issues of trans rights in Canada, to show the depth of community knowledge around these issues,” Benaway tells NOW.

A group of trans and queer writers and members of the Toronto literary community pitched the teach-in to the TPL in late October. Anjula Gogia, Another Story’s event coordinator, says the TPL was on board, offered space and speaker honorariums. However, when it came time to confirm dates, library officials postponed and did not resume talks until a month later. By that point the event was booked at the 519.

Gogia says the library cited the protest, councillor Kristyn Wong-Tam’s outstanding motion to city council to look into community space policies and the need for TPL to consult their Pride committee as reasons for the delay.

“It’s very reasonable for them to want to involve the TPL-wide committee consisting of LGBTQ2+ librarians. But it didn’t have to wait a month,” says Gogia. “They could’ve moved on this very quickly given the urgency of the situation.”

In a statement, a TPL spokesperson confirmed Gogia’s account. “Our original plan was to book the program for November or December however, we requested to move it to January so that our staff Pride Alliance group could be involved in the planning of the event. At no time did we rescind the offer of hosting, and in fact reiterated our 100 per cent commitment to the event at the time we suggested the move to January.”

The statement added library programming teams have reached out to community partners to develop programming for 2020 that will give opportunities for trans voices to be heard “on this and other issues, and their stories to be told.”

Author Kai Cheng Thom, who will facilitate the teach-in, says boycotts and protests are among a network of community responses that should also include nuanced dialogue.

Thom is a former social worker with 12 years of experience working in the trans community. In 2018, she led a dialogue in response to a Murphy event at the Vancouver Public Library (VPL) that sparked similar outrage. The talk was an opportunity for queer and trans people to speak directly to VPL chief librarian Christina de Castell, who was present and took questions.

After the talk the VPL promised to amend the room-booking policy, a process that is currently underway. Gender Identity YVR has since tried to book a VPL space for another event this March, but the pending policy revision has delayed confirmation of that event. Murphy has threatened legal action should the new policy prevent her from renting a room.

Ahead of the panel, Thom spoke to NOW about how she hopes Thursday’s event will shift trans rights conversations away from “freedom of speech” arguments and what she hopes attendees will take away.

Why do you think a teach-in is the right approach to address these issues?

I believe in the importance of protest and direct action. However, an important component of a nuanced and multifaceted approach includes offering the public a chance to get familiar with what the basis of transphobic feminism is, why it exists and the counter arguments and real-life experiences that prove those transphobic arguments to be incorrect.

It’s also a chance for trans folks to have a meaningful dialogue if possible – we’ll see – with folks who might not understand but want to be supportive. It’s also really important to open up space for trans people to have dialogue amongst ourselves. We all have different perspectives on trans rights and liberation and we need to be able to unite across that, as well as make connections with potential allies in the movement. For example, there was some back and forth, both publicly and privately within the trans community, about the efficacy of a boycott of the library. There are a lot of different ideas about whether a straight-up boycott is effective. 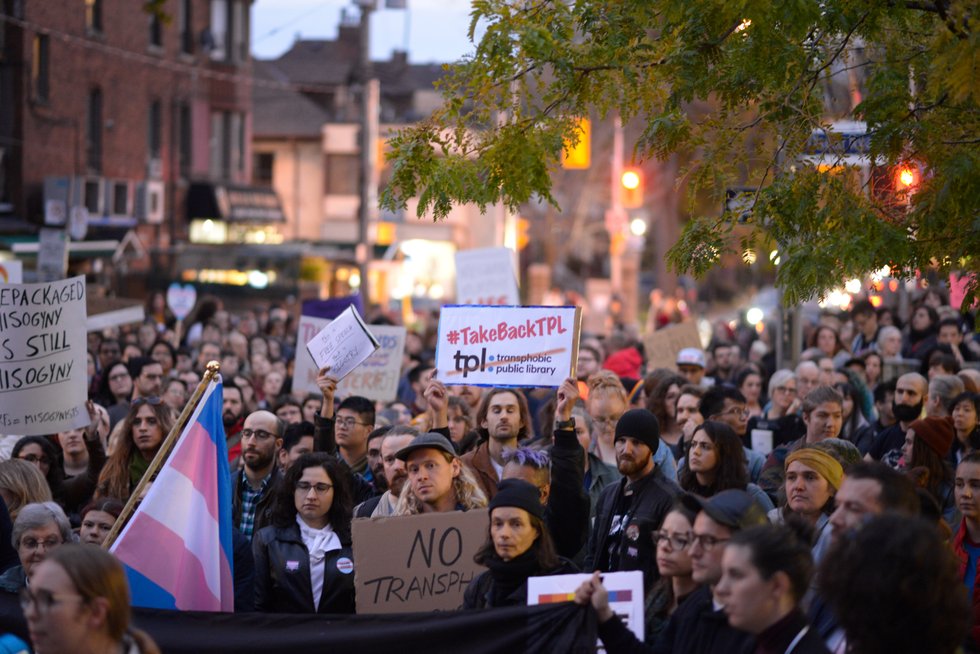 Who is the audience you have in mind?

We’re inviting trans allies, the trans community and people who are curious and want to learn more. We won’t welcome transphobic people, but anyone with genuine authentic curiosity is welcome – it’s an opportunity for people who might not have access to the information they need.

Folks from the library are completely invited. I personally hope that library staff and other people affiliated with the library will come. I know that some already are familiar [with the issues], but some may not be. This is a chance to get a sense of where the trans community is coming from, maybe develop ideas of building a stronger commitment in the TPL and public institutions in general about how to best create safe spaces for everyone.

Opponents to trans rights seem savvy at weaponizing public spaces to turn the debate about their politics into a debate over “free speech.”

Many people who are organizing events about how trans people are dangerous and whatnot have quite a lot of experience as political provocateurs and strategists, whereas libraries, or library officials in particular, may not have as much experience.

In the trans community our traditional activist response is boycotting, direct action or protesting, which are all super valuable. But I think we also need to develop new opportunities and strategic responses to these issues, which is where I see the teach-in coming in. What we’re hoping to do, at least partially, is to shift the dialogue that so-called gender critical or trans-exclusionary radical feminists have been having, which is “trans people are dangerous and they’re shutting down freedom of speech.”

What are you hoping people come away with from the experience?

It depends on who you are. I’m hoping trans people will come away with a greater sense of connection to each other and the power in coming together and resilience that we can feel in that speaking our truths and meeting across difference as well.

I’d like allies and newcomers to take away critical thinking points around how to address this issue. Yes, in Canada we have freedom of expression but what is the impact of that expression on trans people’s safety and access to resources and space? Being able to break out of the theoretical and into how this impacts trans people, particularly trans women who are more likely to be the targets of this rhetoric. I’d like for the attendees to be able to think about it in those terms, and either be able to step up their allyship or just be able to critically analyze the so-called “gender critical” crowd.