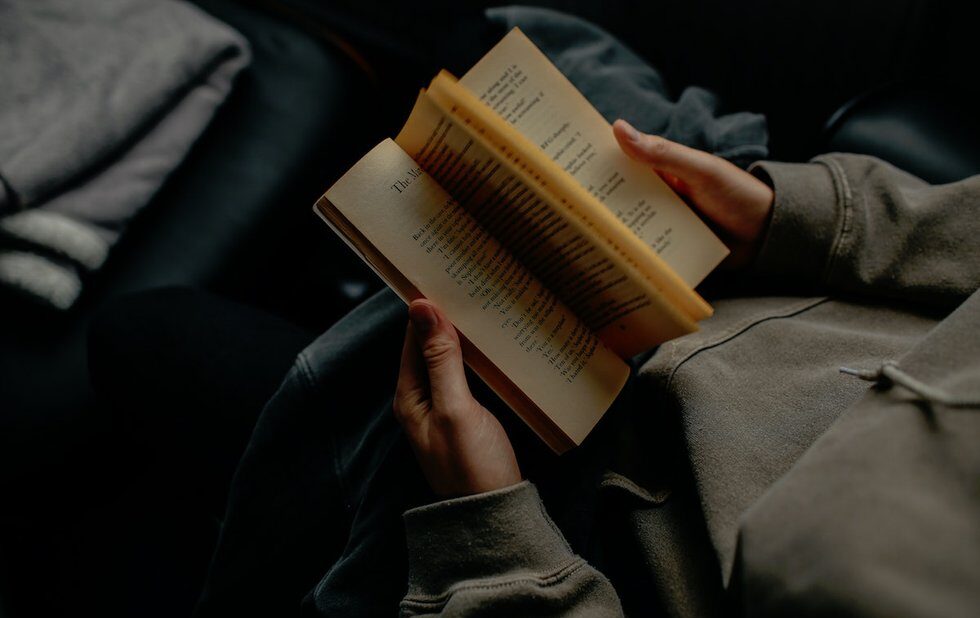 A couple of weeks into the pandemic, with my nights and weekends free save for the occasional Zoom call, I decided to crack open one of the many books collecting dust on my night stand. Finally, I thought, I would get to all those unread tomes I’d been putting off – oh, and I’d also get around to tidying that night stand.

I did accomplish the dusting, and some decluttering. But I couldn’t get into the book. I put it down, picked up another – only to abandon it too. Sure, I was scrolling through lots of stories and statistics about the pandemic and also reading articles for work. But I normally average a book a week, and I could barely get through a couple of chapters before giving up.

Then, through conversations with fellow book-lovers on Goodreads and Twitter, I discovered I wasn’t alone. Others were in book slumps, too. What was going on?

It turns out there is a psychological basis to people’s inability to concentrate.

“Anxiety is an adaptive response that’s supposed to help us stay alive when we’re under threat,” explains Dr. Steve Joordens, a professor of psychology at the University of Toronto Scarborough.

“For our ancestors, if you were out gathering berries and a predator stepped in your way, you’d go into what we call ‘fight-or-flight mode,’ which is basically your body screaming at you to do something. During that time, the blood literally leaves the frontal lobe of the brain, and is aimed at getting you out of that situation or taking on the threat, whatever the case might be. We’re primed for action, but we’re not necessarily primed for complex thinking.”

Joordens says COVID-19 is essentially a predator that just won’t leave, and so, unless you have discovered ways to relax, you’ll continually be in a state of anxiety.

Reading involves the frontal lobe, which allows you to suspend reality, make the current world disappear and engage the imagination in an extended narrative.

“Reading is also different from watching TV, which is more stimulus-driven,” says Joordens, which explains why we were all able to binge-watch Tiger King. “You sit in front of a screen, and it hits you. Reading is a more interactive process. It requires you to engage your imagination.”

Even though we’re a few months into the pandemic, and know the basics about how to minimize exposure to the virus, Joordens says there are still lots of unknowns in the world.

“Nobody knows how this will play out,” he says. “Yes, it’s a little more familiar now, but there are so many people who don’t know if they will have jobs, they don’t know if they’re going to be able to pay the rent. There are short term solutions [like the CERB], but everyone knows that we’re going to have to deal with the economic and social fallout eventually.”

Early on in the pandemic, Joordens released a free online course about how to manage your anxiety during COVID-19.

“One of the things I say in the course is that we have to learn how the world around us affects our minds,” he says. “In a time of uncertainty, we want information, so we read or watch the news. We get a little bit of information – for instance, that a rule has changed. And that provides a reward. But these rewards come randomly. And we become addicted to the news, feeling like there’s a reward about to come. So we end up watching way more news than we would ordinarily, with a feeling of doom and bleakness.”

Joordens tells people to budget their exposure to news. And after taking in the news, he suggests doing something that takes your mind somewhere else. That may free up your mind to start reading books.

“For me, it’s Garage Band,” he laughs. “I’ve learned how to use it, pulling songs out of my head, and when I’m doing that, it’s the only place my mind is. It’s like a palate cleanser, something to get the bad stuff out.”

In the meantime, some readers I know have turned to poetry, others to audiobooks they listen to on their daily walks. I’ve found reading short stories, novellas or collections of essays is manageable and gives me a sense of accomplishment.

“When that anxiety hits, it tells your body to do something,” he says. “Every little accomplishment is important. Even if it’s not something that takes the virus away, it gives you the sense that you’ve done something.”