Tara McGowan-Ross: The difference between tragic and horrible

I had two and a half years to brace for my mother’s death, which was a mercy 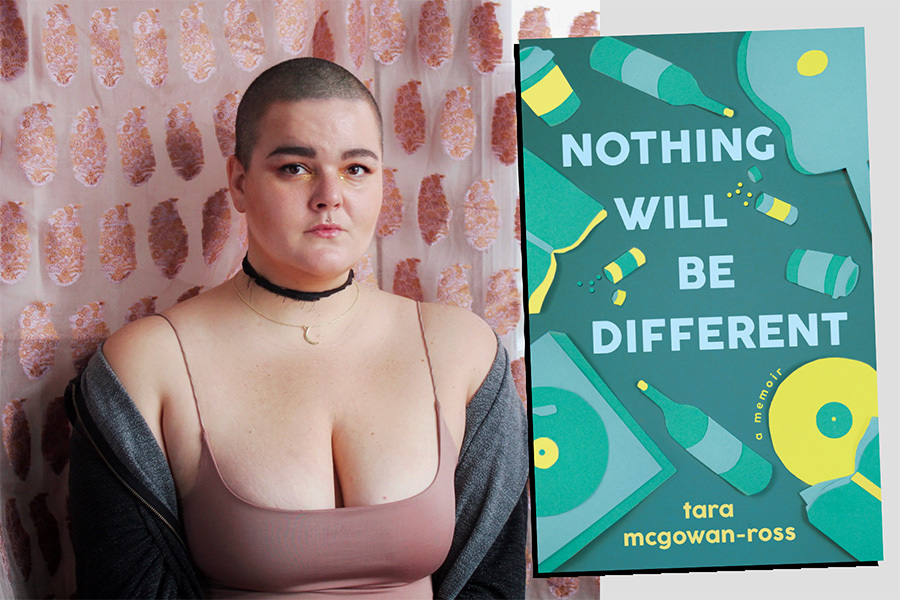 The following is an excerpt from Nothing Will Be Different by Tara McGowan-Ross, which will be published on October 26 by Dundurn Press Limited. It was featured in NOW’s fall reading issue on October 21, 2021.

I reacted in a more collected way to the news my mother was dead than I did to the news that I had a very common breast abnormality that, in combination with my family history, made diagnostic imaging a good idea. I do not know if that means I was more emotionally mature at 27 than I was when I was nine, or less so. I had two and a half years to brace for my mother’s death, which was a mercy. When I met my current boyfriend, Sandy, he was still grieving: his friend Rosemary had died suddenly a few years earlier from a brain aneurysm. Nobody’s fault. Nothing anyone could have done. She didn’t hit her head, she didn’t have any symptoms before. It was just one of those Judas-body, random malfunction things. She was 27.

I never met Rosemary, but I think about her all the time. My mother died and it was very sad, and it changed me forever. But was it a tragedy, necessarily? The way a Greek tale of hubris or betrayal is a tragedy? Is Rosemary’s death a tragedy, or was it just horrible? Is there a lesson to be learned? Any kind of takeaway, other than some platitude about the fundamental impermanence and ultimate fragility of life on earth? Usually, when I think about Rosemary, the only conclusion that I reach is that a brain aneurysm is a crazy, scary, stupid way to die.

I walked to the bus stop from Eve’s office with panic brewing in my stomach in a way it never had before: like a headache. Like a fever. I was sweating, looking for the bus. The humid early autumn in Côte Saint-Luc made me perspire and then go immediately cold. People had lots of different reactions when we told them Mom was gone. Shocked silence, sputtering out questions. Sudden tears. In a few cases, screaming. My dad took me out into the sunshine to tell me my mom was dead, the way you take a dog to the soft grass behind the shed to shoot it. I just crossed my hands in my lap and nodded. The feeling in my stomach was of something suddenly emptying out — a hole being ripped in the side of a spaceship, matter screaming out into the void. The hole inside me was cold and shiny and throbbed for attention. I have been trying to fill it ever since.

The concrete in Côte Saint-Luc was paler than it is in the rest of the city, especially in the high light of the middle of the day. I never wore sunglasses because I was always breaking or losing them. I squinted toward the bus stop, suddenly unable to differentiate spaces particularly well. I walked toward it in a daze. The buses came regularly in Côte Saint-Luc, but no one ever took them. When my dad told me that the first home I had ever known was gone, I just nodded. Children take things for granted. If you present things as normal, they will be accepted as normal. On the bus there were a few middle-aged women and one Hasidic man, holding a Nikon flip phone to his ear under the brim of his beautiful hat. The rest of the bus was empty and quiet. The women had gone pillowy and lovely with age, their faces lined from smiling. I wanted to be an aging auntie on the bus one day. I wanted to overhear more Yiddish phone conversations. I wanted to go on delighting in the contours of languages I loved but did not understand. Some people just get cancer and then they die. Children take things for granted. I am not a child anymore. I want to live.

Tara McGowan-Ross is an urban Mi’kmaw multidisciplinary artist and writer. She is the host of Drawn & Quarterly’s Indigenous Literatures Book Club, a critic of experimental and independent Montreal theatre and an editor for Insomniac Press. She lives in Montreal and is the author of Girth and Scorpion Season.

She will be interviewed by Stacey May Fowles at the Toronto International Festival of Authors on October 26 at 3 pm. festivalofauthors.ca