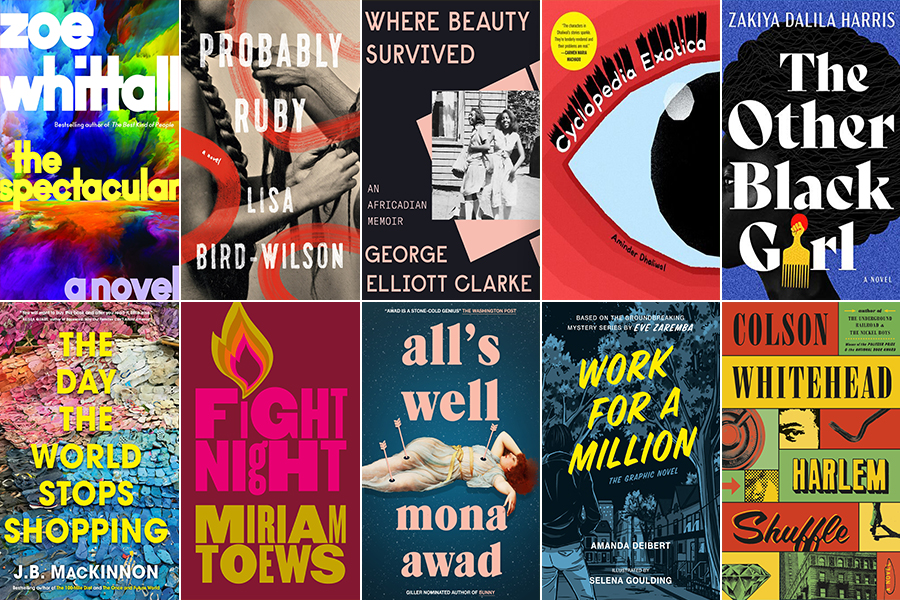 When summer’s on the horizon, I’m usually touting easy beach reading, but the past year has been like no other. COVID has exposed poverty and racism in ways we simply can’t ignore. So yes, there are detective novels and family sagas on this list but there’s also memoir and fiction that gets to the core of our deepest social and political challenges. These are the best books to read in summer 2021.

Here’s a multi-generation story probing the lives of women who are resisting traditional social structures of all kinds – gender and family among them – while trying to resolve old conflicts. Missy plays in a finally-famous rock band, singing about her absent mother, but gets into trouble at the border, forcing her to crash with her grandmother, who’s determined to reconnect all three of them. Expectations are high for this follow-up to Whittall’s Giller-shortlisted The Best Kind Of People. August 24

Abandoned as an infant, placed in an awful foster care situation and then finally adopted by a less-than-loving couple, Ruby has been unlucky in life. When her parents’ relationship disintegrates, she hastens to get away to learn more about her Indigenous identity, but takes a detour into self-destructive behaviour. Ultimately, she bravely goes to unlikely places in a bold novel that shifts through time and points of view to tell the tale of a woman desperate to find herself. August 24

Toronto’s former poet laureate delivers a highly anticipated memoir that deals with the stresses and secrets that strained his family life and shaped him as a poet. The centerpiece is his relationship with his troubled and exacting father, whose violence – and the anti-Black racism at its root – Clarke reveals with heartbreaking honesty. August 24

Dhaliwal follows up her hit Instagram comic Woman World with this crafty socio-cultural critique of a world bent on marginalizing difference. In the face of malevolent forces in the two-eyed majority, her Cyclops community is determined to find love and connection. The book is laden with millennial references but, with its sharp wit and sensitivity to the issues of race and outsiders’ struggle to belong, it’s definitely not for that generation only.

The Other Black Girl by Zakiya Dalila Harris (Atria/Simon & Schuster)

Harris’s page-turner is perfect summer reading. Editorial assistant Nella, the only Black employee at her work place, is tired of being the token among very unwoke white colleagues. Things seem to be looking up when Harlem-bred Hazel is hired, but soon Hazel becomes management’s darling and gets promoted, leaving Nella in her wake. Threatening notes to Nella shift the story into more sinister territory and the story goes beyond biting commentary to all-out thriller. This could be the debut novel of the year. June 1

The current pandemic was supposed to see the end of mass consumption of all kinds but, actually, we didn’t stop shopping. We just shopped for different things and in different ways. Pre-pandemic, MacKinnon travelled all over the world to probe what might happen if we lost our obsession with buying stuff, including to a truly sustainable community in Ecuador and hunter-gathering societies in Namibia. But the worldwide health crisis tested some of his assumptions. Read all about it in this fascinating piece of creative non-fiction. Out now

Few authors mix humour and deep emotion with Toews’s skill. She’s at it again with her ninth novel, the story of the power of the life force, as three generations – nine year-old Swiv, her pregnant mother and her irrepressible though fragile grandmother – live through pregnancy and sickness. When Swiv’s kicked out of school, Grandma assigns her to write a letter to her absent father about how the family is doing as the pregnancy progresses. Swiv, in turn, insists Grandma compose a letter to her unborn grandchild. Toews tells the story from Swiv’s perspective, giving it a unique freshness. August 24

The always subversive Awad releases a new novel that has something for mystery lovers, readers looking for insight into women’s pain and theatre fans who appreciate behind-the-scenes-action. Miranda, still physically and emotionally scarred after a car accident, is a college theatre director with mutinous students threatening her career, when three enigmatic characters step in promising to right Miranda’s sinking ship. An ingenious study of a woman on the brink of losing everything. August 3

Work For A Million by Amanda Deibert and Eve Zaremba, illustrated by Selena Goulding (McClelland & Stewart)

Zaremba’s heroine Helen Keremos was the first openly lesbian detective to make her way into print. Now, the charismatic investigator, who debuted in 1978 is getting the graphic novel treatment of the second book in the Keremos series, thanks to writer Deibert and illustrator Goulding. The format is new but the story maintains its vintage 70s backdrop, with Keremos trying to figure out who’s sending blackmail threats to music supernova-to-be Sonia Deerfield, while bending the investigative rules when she can. August 10

The follow-up to two-time Pulitzer Prize winner Whitehead’s superb The Nickel Boys looks on its face like a period piece crime heist novel. Furniture salesman Ray gets in too deep with a gang of thieves, first by helping to fence the odd piece of jewellery to supplement his furniture sales, then going all in on a robbery of the Waldorf. But Whitehead is not a one-note author. The new book, set in the 60s, does have a fast-paced narrative but it is also a love letter to old Harlem and another provocative meditation on race and power. September 14

We Want What We Want: Stories by Alix Ohlin (Anansi)

No list is complete without a collection of short stories so why not dip into one by an author twice shortlisted for the Giller Prize? Ohlin gives every story here a delicious twist as protagonists find themselves in situations where they get more – or less – than they ask for. One, for example, finds nothing she expected when she goes to rescue her cousin from a cult. Another comes home from a lengthy trek abroad to discover her father’s set to marry her childhood best friend. These are surprising and subversive tales. July 27

If it’s summer, it’s thriller time and Hawkins, author of the huge hit The Girl On The Train, has another one coming. In her latest, any one of three not-entirely-user-friendly women may be connected to the grisly murder of a young man on a houseboat. Is it the nosy neighbour? Is it his vengeful, grief-stricken aunt. Or maybe it’s his last one-night stand, seen leaving the boat on the night of the murder? None of the above? Hawkins always keeps the pages turning while never writing down to her readers. August 31

Aleisha has a summer job at a library where she comes upon a reading list inside the cover of To Kill A Mockingbird. Ploughing through the books on the list takes her to new places, easing her anxieties, so much that she passes the list along to a grief-stricken man wanting to connect with his bookworm granddaughter. Here’s a heart warmer about the power of stories from a debut writer sure to make her mark. August 3

For Coyote, connection is everything. The search for it took them on the road to embrace audiences, which made Coyote one of the LGBTQ+ community’s most beloved storytellers. When the pandemic brought touring to a temporary (we hope) halt, Coyote went back to the handwritten notes, Facebook posts and letters sent their way and started responding. Care Of collects this correspondence in an intimate, beautiful, sometimes heart-wrenching, always inspiring book of shared reflections on gender, family and non-binary and Trans identity. June 8