Tomson Highway: I was born in a snowbank

Before I was born, my parents had lost five children – an unheard-of infant mortality rate 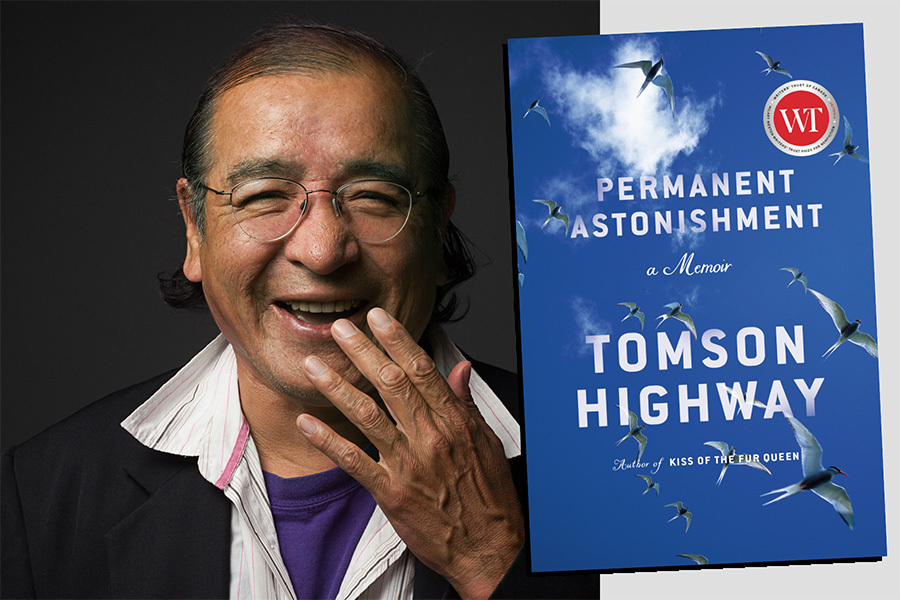 The following is an excerpt from Permanent Astonishment by Tomson Highway, published by Doubleday Canada, a division of Penguin Random House Canada Limited. Reproduced by arrangement with the publisher. All rights reserved. It was featured in NOW’s fall reading issue on October 21, 2021.

If that night, I am set to take my place as the eleventh child Joe Highway has sired and Balazee Highway is carrying, then they have lost five already to what was considered, even back then, to be an infant mortality of a rate unheard of. With such a lifestyle? Babies born in snowbanks regular as clockwork with nothing but a layer of canvas – the walls of the tent – shielding their nakedness from minus 40 weather? Or, in the case of lean-tos, which some are born in, nothing at all? Or, not much further north of us, babies born in houses made of ice? Or on ice floes? With the nearest hospital a thousand miles away? A child catches a chill, that chill turns into pneumonia, he dies, it is that simple. So according to my sister Louise – and, of course, Mom and Dad – the count in our family goes like this….

And now here we are in the final month of the year 1951 and child number 11 – me – is ready for his entrance on, again, a snowbank, the question being: If Joe and Balazee Highway have lost five children already to death by pneumonia; if there was, in fact, one extended period of four years of heart-wrenching sadness where they lost four children in a row, Marie-Adele in 1942, Sylvia in 1943, Jeanette in 1944, and Weezoo in 1945; if the death of Sylvia at age seven years in 1943, in particular, had hit Dad so hard that he had wept for a year – she was “special,” Louise says sadly – then how long would he weep for me, the sixth one to die, here in this snowbank on Henry Beksaka’s island?

Tomson Highway is best known for the plays The Rez Sisters and Dry Lips Oughta Move To Kapuskasing, as well as the best-selling novel Kiss Of The Fur Queen. He divides his year between Gatineau, Quebec, and Naples, Italy.

As part of the Toronto International Festival of Authors, he will be in conversation with the Stratford Festival’s artistic director Antoni Cimolino on October 30 at 3:30 pm. ­festivalofauthors.ca