Bricks and Glitter: a new queer festival that’s “for us, by us” 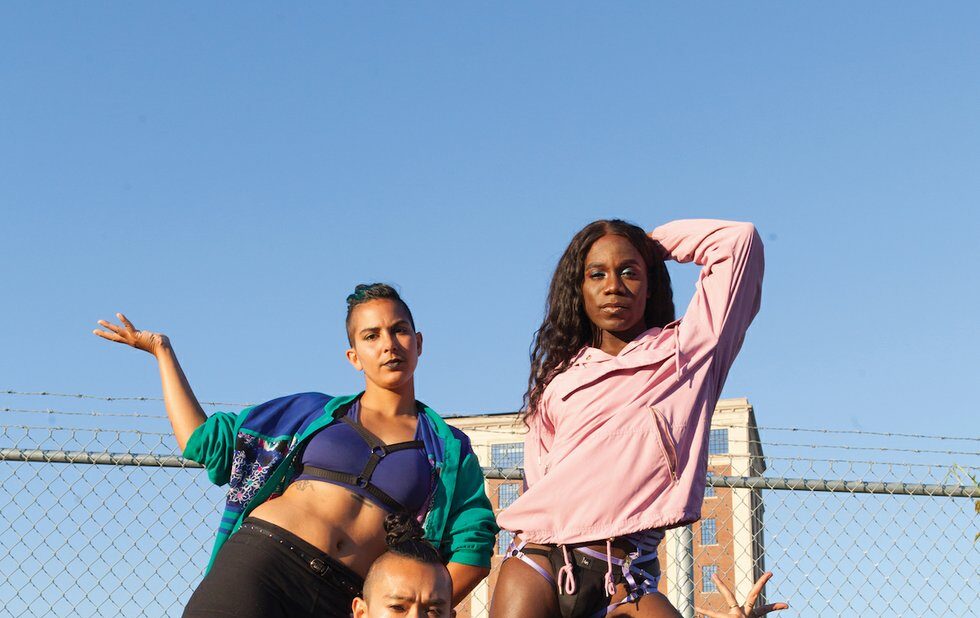 As much as Pride can be a party for some, it’s often a precarious experience for others, particularly queer and trans BIPOC folk who don’t always feel safe in its spaces.

New, grassroots, community-arts festival Bricks and Glitter is stepping up to center and celebrate these communities. A gathering of artists, musicians, culture producers and performers, it features a range of events, including live music, interdisciplinary dance productions, queer slam poetry, parties and a sick and disabled queer youth zine fair.

The festival’s name speaks volumes about its ethos. The week-long celebration, running July 19-29 at venues in Parkdale and the Junction Triangle, is every bit the party. Glitter is “ephemeral and light, trashy, excessive and insignificant,” explains Daniel Mack, co-founder of Unit 2, the queer-positive events space spearheading the festival.

But its emphasis on community organizing also makes it political, something Pride, many argue, has lost sight of. The “bricks” nod to the activists and cultural workers who have laid a civil rights foundation, pointing to a history of direct action, such as the foundational role Black and Latinx trans women played in the Stonewall uprising.

Bricks and Glitter joins other alternatives to official Pride events held in cities such as Vancouver, Seattle, Pittsburgh and Berlin. Although they exist in parallel and sometimes in opposition to Pride, these events are far from divisive. It’s a healthy sign for the LGBTQ+ community to recognize that the marginalized communities within it have different lived experiences and, as such, their own unique set of supports.

In recent years, Pride Toronto has apologized for its history of anti-Blackness and marginalization of people of colour. But it struggles to balance the slow, necessary work of repairing those fractures with its rapidly increasing corporatization and decisions that negatively impact QTBIPOC folk, such as its recent wristband policy, which critics felt targeted queer and trans people of colour.

Unit 2’s Rosina Kazi, Bricks and Glitter’s co-organizer and member of electronic collective LAL, has been part of the city’s music scene for 20 years. She says that rather than complaining about the lack of inclusivity, she’d rather use her resources to build sustainable events for the community, grounded in a “for us, by us” approach. It’s only natural, she says, coming from a “community that created its own.

“In one way, [Bricks and Glitter] is an alternative to Pride, but in another we’re just a bunch of west-enders putting out the call to the west-end queer, trans and two-spirit community.”

Communities from across the spectrum were consulted in developing the programming, which is accessible in a number of ways, from  its free to pay-what-you-can structure, to having ASL interpreters on-site for the major events.

The ILL NANA/DiverseCity Dance Company will celebrate its 10th anniversary at the festival, which co-founder Ravyn Wngz (Jelani Ade-Lam) praises for bringing the community “back to the grassroots of resistance, love, fun, fabulousness and the celebration of our lives without the threat of danger.”

It’s a fitting match-up as the acclaimed queer-positive multiracial dance company shares a similar vision with Bricks and Glitter. Throughout its history, it has strived to create safe, alternative spaces for QTBIPOC who feel marginalized by mainstream dance institutions.

The trio of Wngz, Sze-Yang Ade-Lam and kumari giles say their schooling in racist, transphobic and body-policing environments led to “dance trauma.” When they started performing in 2007, they didn’t plan on becoming dance teachers, but it was “an ask from the community,” who wanted a space where they can could “learn to dance, feel good and be represented,” says Sze-Yang Ade-Lam.

The Right To Dance program, which offers sliding-scale dance and movement classes to people with varying body types, class backgrounds and abilities, was created to address those needs in the QTBIPOC and two-spirit community.

The volunteer-operated program was on hiatus last year, but a grant from the Youth Opportunities Fund through the Ontario Trillium Foundation will see its return for the next three years.

Giles notes that one of the biggest takeaways from Right To Dance has been teaching others how to accept where their bodies are as “opposed to the frame of dance in a lot of institutions, which is how you can fit yourself into their mould.”

At the same time that it exists as an alternative to that mould, ILL NANA/DiverseCity is also using its energy to shatter it.

For example, the Dora Awards’ announcement that it was bringing gender neutrality to its categories in 2019 was widely reported on. What received a lot less attention was the fact that it was the QTBIPOC arts community that pushed for that change.

It started when Sze-Yang Ade-Lam was told they couldn’t register for both male and female categories in the 2016/17 year, which Ade-Lam did because they felt neither gender represented them on its own. After Ade-Lam refused to withdraw voluntarily and pledged to fight the decision, the Toronto Alliance for the Performing Arts (TAPA), which runs the Doras, offered a one-time exception, which Ade-Lam accepted while continuing dialogue with TAPA about making the registration open to anyone.

The move toward gender-neutral categories represents a positive first step, says giles, but more work needs to be done to remove barriers to application for trans, two-spirit and non-binary artists.

The dance company will celebrate the work of dismantling barriers and creating welcoming spaces at the 10th anniversary Bricks and Glitter event and throughout the rest of the year with community events, parties and fundraisers.

“This is an important celebration, particularly for bodies that are policed and over-surveilled ” says giles, “because to be in your body and feel joy is an act of resistance.”